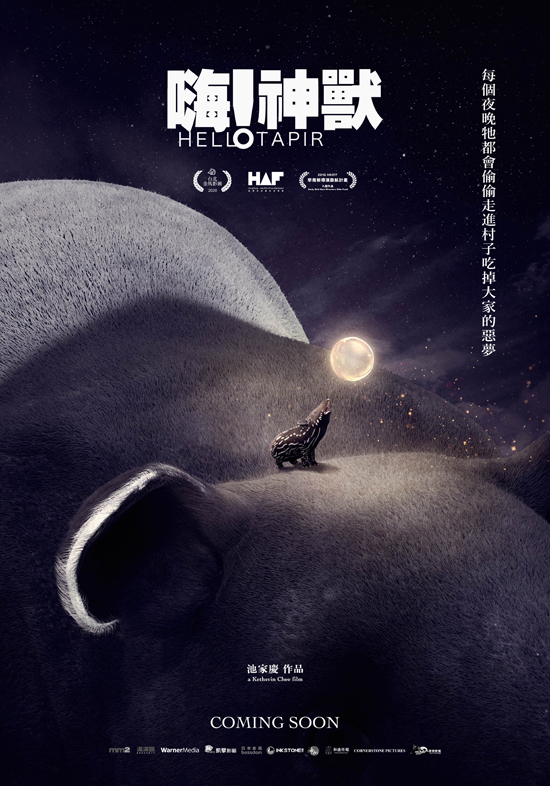 “Inside” is a 5-minute animated short co-directed by Pohan Lee and Chun-Chien Lien, and written by Lien. It’s a simple piece, but quite beautiful. A voice-over talks about the differences within people, while the animation shows us paperlike images illustrating their various internal natures: within human silhouettes a series of pictures unfold. The idea’s elementary, but the film works quite well because the visual imagination is boundless and ultimately even cosmic, showing us the infinite bounded in a human shell.

Bundled with the short at Fantasia was Hello! Tapir. A Taiwanese film from Kethsvin Chee, it was written by Chee, Chris Leong, and Yoon Yee Teh. Ah Keat (Run-yin Bai) is an eight-year-old boy whose father (Lee-zen Lee) is a fisherman. One day a typhoon blows up, and his father goes missing. But Ah Keat refuses to accept his father’s dead. Remembering a story his father once told him about a creature called a Tapir, who eats dreams, he sets out to find the mysterious entity with the help of his friends, believing that the Tapir’s magic can return his father to him.

This is the outline of a story that could go a number of ways. Chee decides to go a bittersweet route; this is not a children’s fantasy story. You sense from early on that Ah Keat’s not likely to get a reunion with his father. The trick then becomes what the quest does for him, and where it leads him. And Chee has good answers for these narrative questions. The result is a film that is occasionally a little slow, and is perhaps a bit too dark, for kids of Ah Keat’s age — but which is a thoughtful and ultimately touching story revolving around an unusual legend.

The Tapir is a creature of Asian myth (which has given its name to a very real animal). It’s a hybrid of pig, elephant, horse, and rhino, and it does have the reputation of eating dreams. There is a tapir in this movie, a couple in fact, but they appear rarely. Mostly this is a realist story of the repercussions of the vanishing of Ah Keat’s father, playing out both in the world of Ah Keat and his friends as they embark on their quest and also in the world of adults as his mother (Charlie Yeung) and grandmother Ah Ma (Hsueh-Feng Lu) try to deal with the future after sudden tragedy. Flashbacks are integrated well, building up the relationships among the characters and the tale of the tapir without slowing the progress of the film. 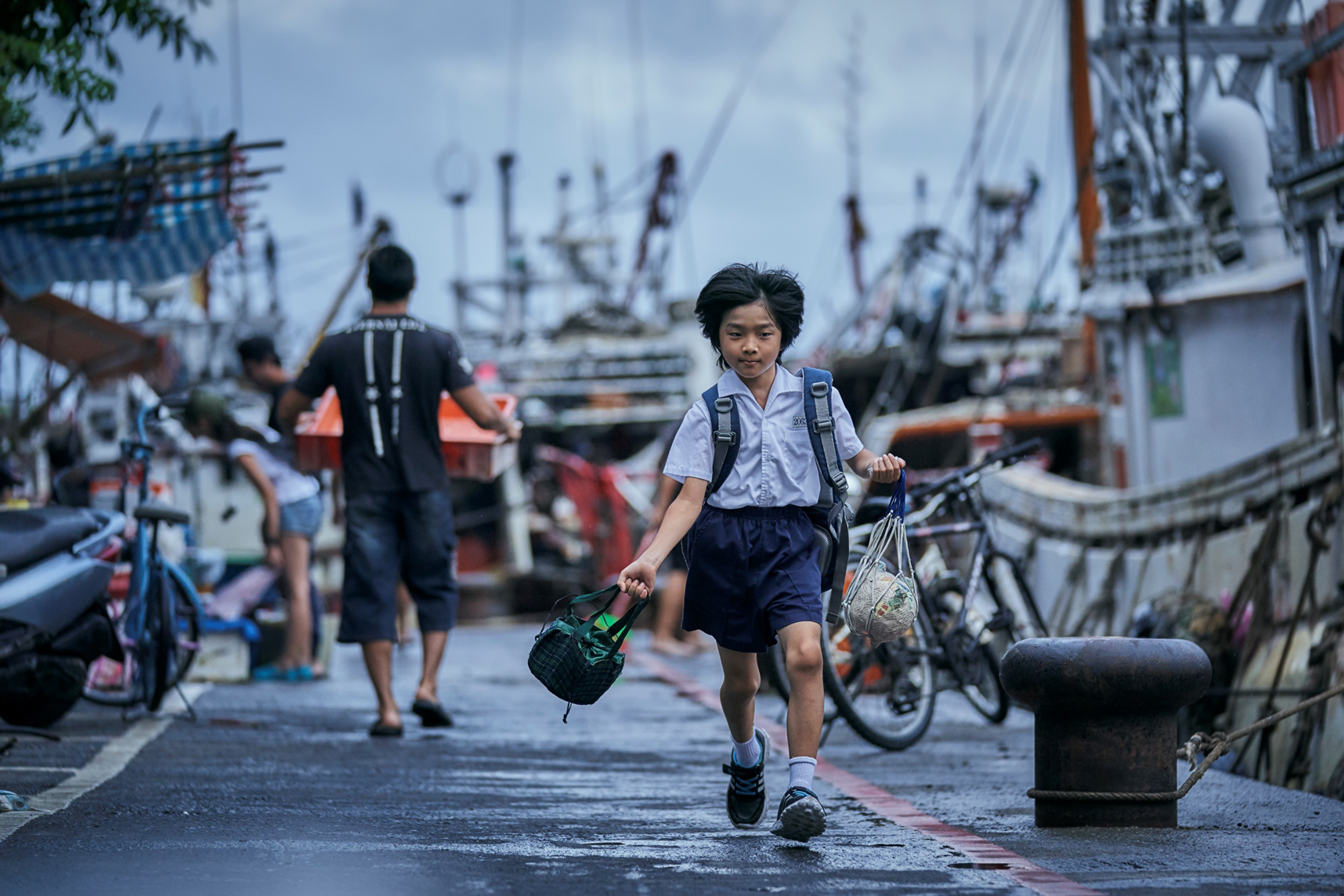 That works because the movie builds up its different worlds socially and visually. The adult world is a complex place, and we see the adult emotions of people trying to navigate it. The relationship between Ah Keat’s father and mother (separated as the film starts) are not simplified, and Hsueh-Feng Lu as Ah Ma gives a sense of age to the grandmother that you rarely see in a film otherwise centred on children. The sense of a community around them is also evoked well and with subtlety. 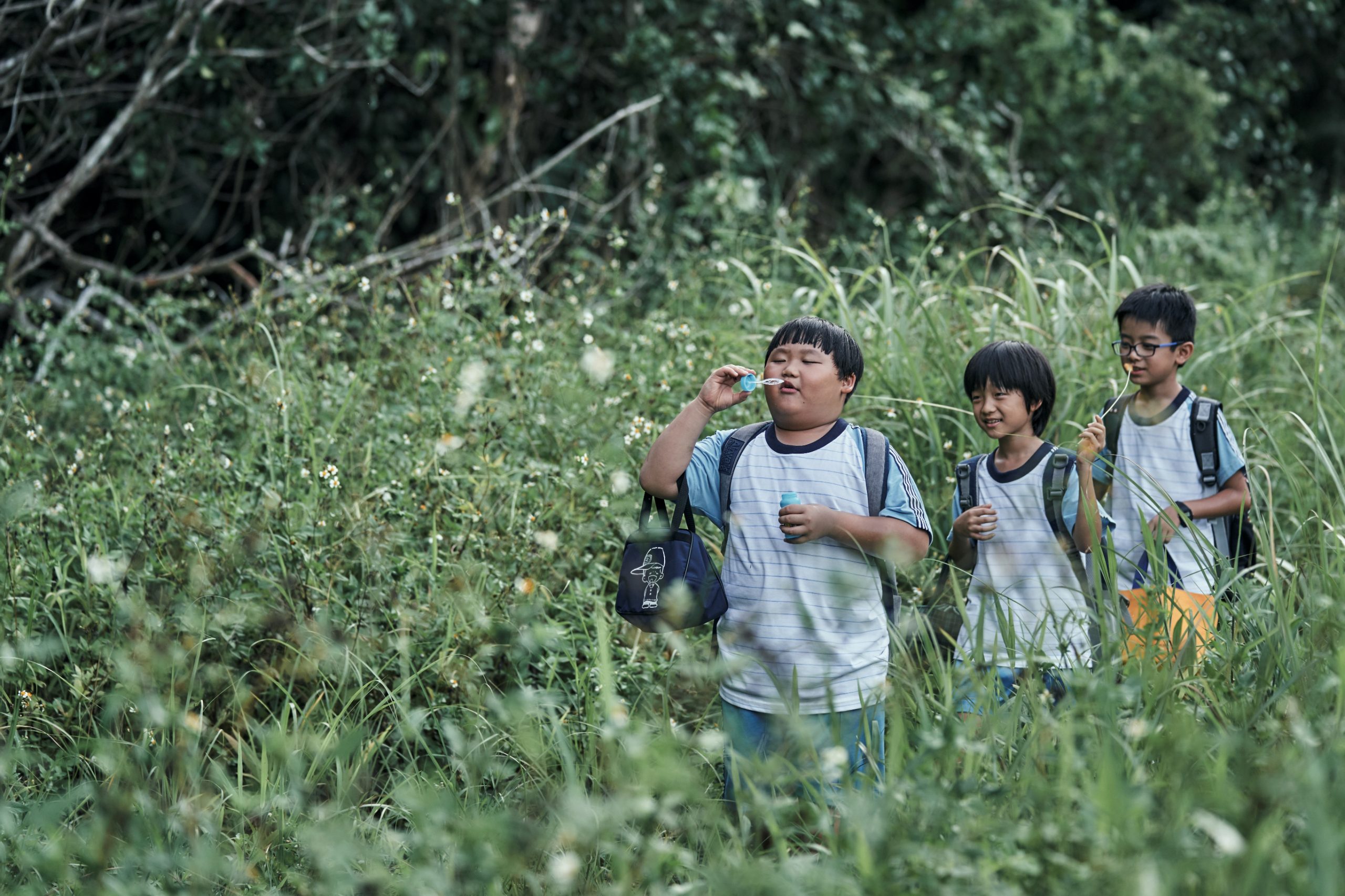 And the friendship among Ah Keat and his buddies works as well. They feel like kids in what they understand and don’t understand, without being made to seem stupid or foolish. That is to say that they operate according to the logic of children, which is difficult for an adult to catch. But their understanding of the tapir and their easy faith in its power is all credible, and the way they go about trying to fulfill the conditions necessary to bring out the tapir therefore feels true.

The visual contrast between city and forest is just as striking. The forest, usually explored at night, is a place of mystery — dark but not necessarily threatening. It is not a human place; the boys don’t meet other people there. One adult does find them there at the end, but the adult’s able to enter however briefly into the myth-world of the tapirs. It could be that the tall trunks of the forest, stretching upward out of sight, are a kind of visual correlative to adults from a child’s perspective, tall creatures with their heads in the clouds. Certainly the adult world of the city is a significant contrast, greyer but brighter and more bustling, filled with other people — and with mysteries of its own, alleys and nooks and crannies. It is a place where families gather for dinner, a recurring image in the film. 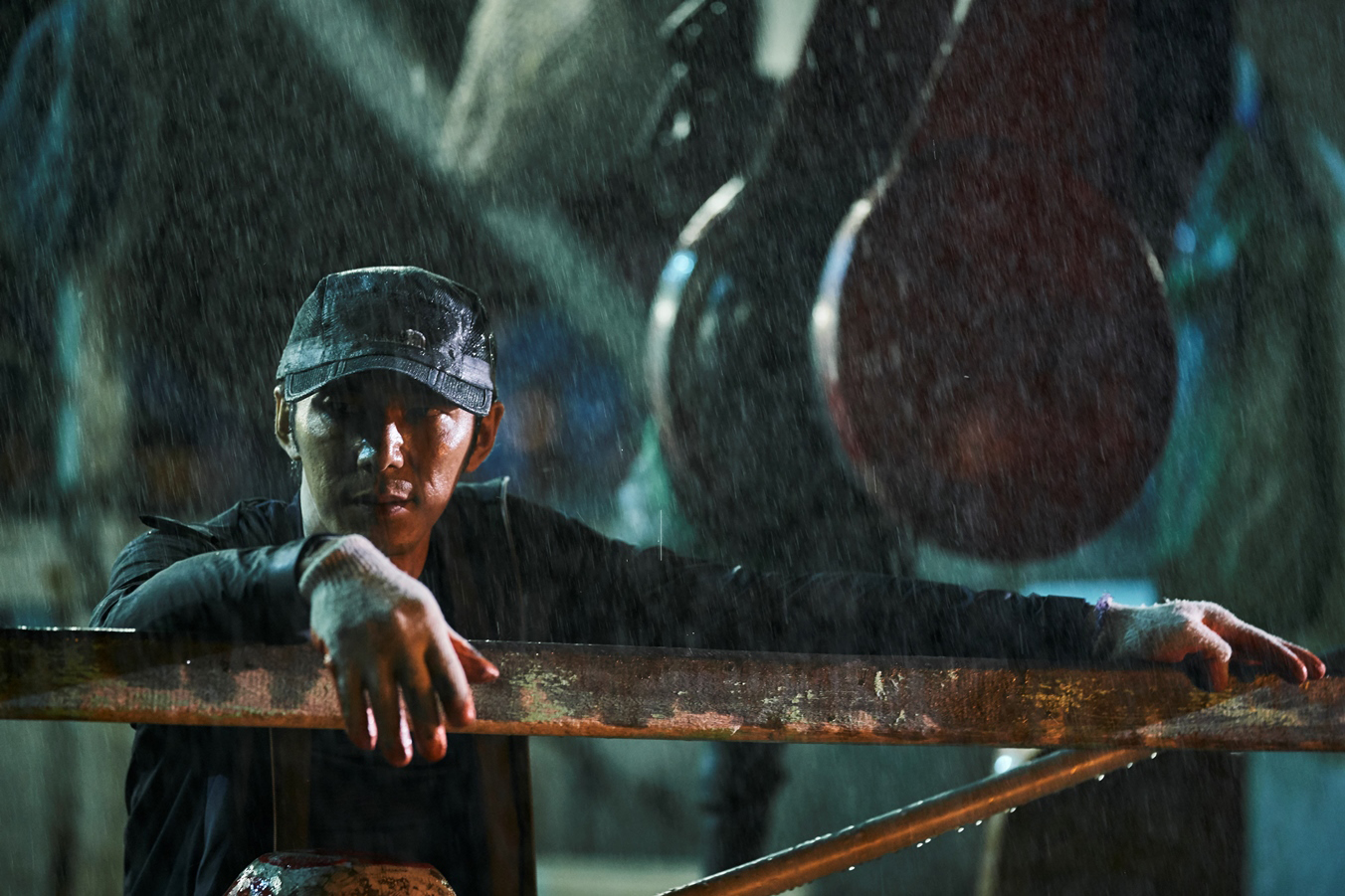 And there is another world, a world of Ah Keat’s father, the world of the ship and the sea. Ah Keat must venture into this world to find a way to reach the tapir, and it’s likely significant that one of the most significant flashbacks takes place on board ship. This is not an adventure story, but it is a coming-of-age story; a story about a coming-of-age that comes too soon, but that is negotiated with the help of a myth. Ah Keat’s father is associated with the Tapirs and their peculiar rules, and so of course Ah Keat must enter into his father’s world to find them.

This is a story about maturing and accepting reality, but it’s not necessarily a story about putting aside myth or wonder. Rather the opposite. Tapirs remain unknowable in this story, seen and accompanied but speaking no human language. They’re a source of transcendence, their appearance a point of grace within time. They’re not necessarily the point were the story ends, but they point the way to the end, another inspired visual moment, a play with light and the night sky. And then past that, to the family gathered again. This is a quiet movie, and often melancholic, but very good, and a true all-ages story, with something to say to everyone.