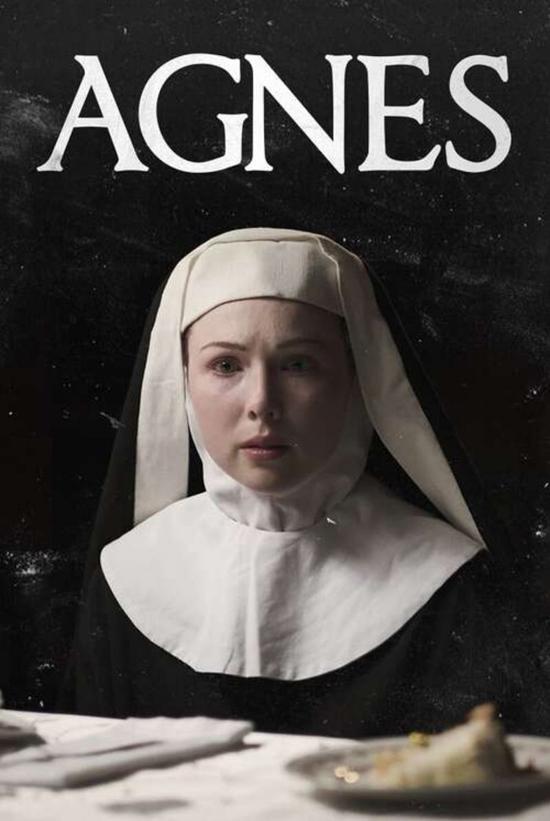 Last year at Fantasia I reviewed a movie called Climate of the Hunter, directed and co-written by Mickey Reece, an underground filmmaker who’s made over two dozen features. Reece is back this year with Agnes, a strange take on exorcism and nunsploitation films, which like Climate he co-wrote with John Selvidge. It’s a bit like Climate in that it takes horror-movie conventions and upends them; I think it’s overall more successful, though I’m not sure it works overall.

Agnes opens at a convent where a young nun, Agnes (Hayley McFarland), has apparently become possessed by a demon. To take care of the matter the Catholic hierarchy sends a veteran priest, Father Donaghue (Ben Hall, in Climate last year and also at Fantasia this year with a role in What Josiah Saw) and a bright-eyed idealistic younger acolyte named Benjamin (Jake Horowitz). Things do not proceed as planned. And then comes the midpoint of the movie, and the story jumps ahead in time, and the plot of the first half is largely abandoned to follow a secondary character from the convent, Mary (Molly C. Quinn), who is now trying to make her way in the world despite all the things she’s seen and the doubts she now has about her God.

The two halves of the picture have different tones. The first half, surprisingly, has more comedy. Father Donaghue is funny and charismatic. The nuns are eccentric, but human, and Mary Buss as the Mother Superior in particular is both of those things as the problem of Agnes continues to resist easy exorcism. And then in the second half Mary in the outside world faces a colder reality. Not only is there not much obvious genre content, there also isn’t any obvious sense of the divine or of otherworldly powers.

Beyond the humour, the first half is more plot-centred, with characters striving to solve an obvious problem. The second half puts a character at the centre, and follows her through her life as the viewers try to understand what’s happened to her and she tries to understand the world and come to terms with it and with God (or the absence of same). The first half is clearer, though ending at an unexpected point; the second more consciously inconclusive.

I think this movie’s easily superior to Climate, which I didn’t care for (admittedly, some of that came from ignorance on my part; some of the writing around the film referred to it playing with “70s vampire movies,” which I interpreted as referring to things like the 70s Hammer horror films instead of stuff like, say, Daughters of Darkness). Certainly it’s a lot clearer in how it handles genre, and how it refers to previous films. The old and young priest seem a clear callback to The Exorcist; the title recalls Agnes Of God, and the conflict here between psychological and supernatural explanations for events in the convent supports that. But then comes the second half, which isn’t much like previous genre pieces. Instead it does something that’s become common in genre fiction in other media, where characters try to adjust to what they’ve experienced and work out how to live in a world that contains the things they’ve seen. 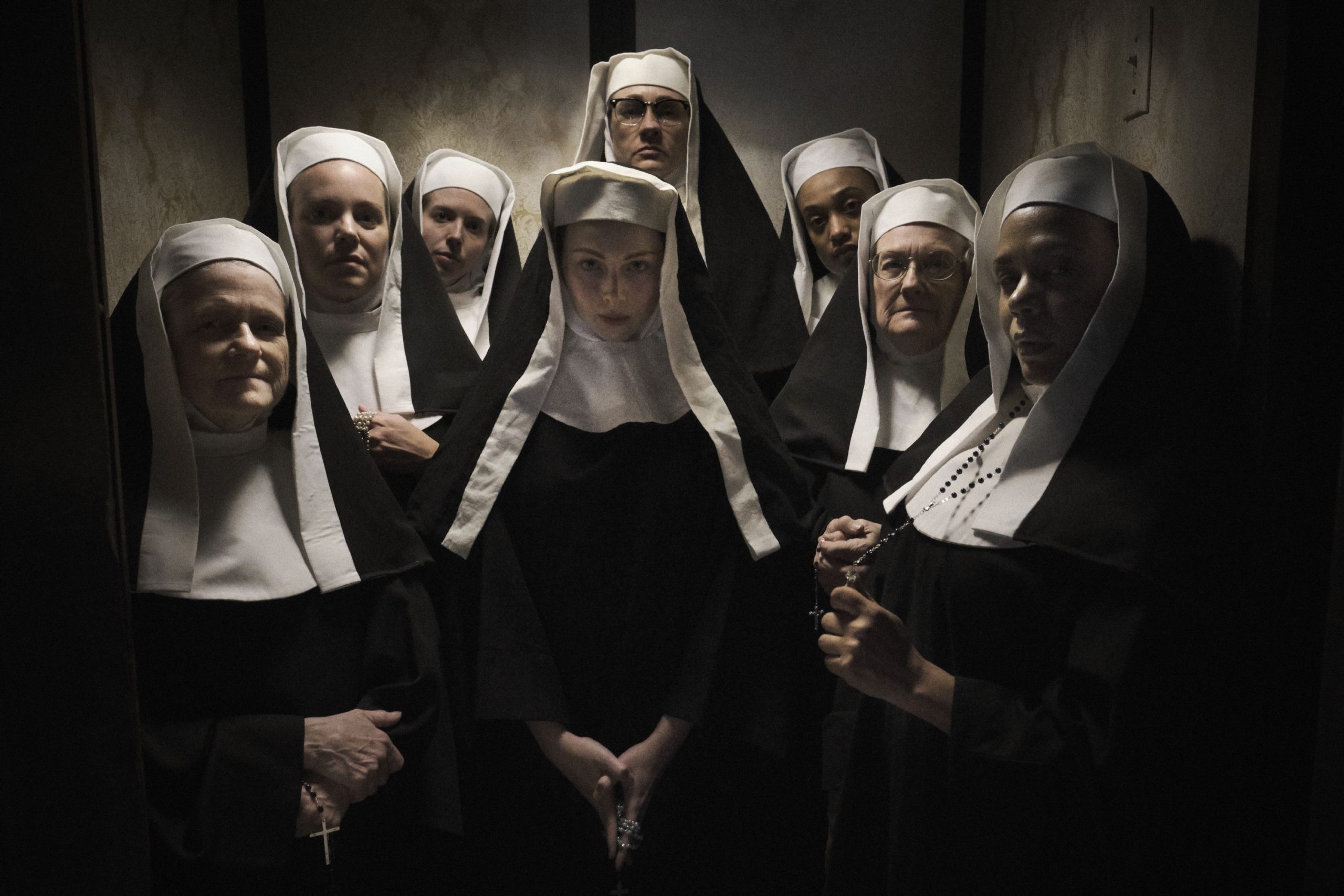 The two halves are both well-handled. The concept of putting them together is strong. I am not sure that the way they’re put together and the balance the film establishes between them allows either half to work as a story. It’s certainly very close. But while Mary’s story in the second half is well-acted and well-written and requires the first half to make sense, an awful lot of things happen in the first half that don’t have much directly to do with the second half.

For example, it’s possible to see the church officials setting up the mission, and incidentally implying to Benjamin that Donaghue’s a danger to children, as establishing a theme of corruption that comes out in the second half and to see them as implying an institutional hollowness that explains Mary’s reaction against her former life. But in making those links I feel like I’m straining too hard, and maybe seeing connective tissue that isn’t really there. For me much of the first half is like that: interesting material that in retrospect could possibly be speaking to the second half, but which doesn’t insist on those connections. The movie feels like an exercise in finding patterns that may not exist. 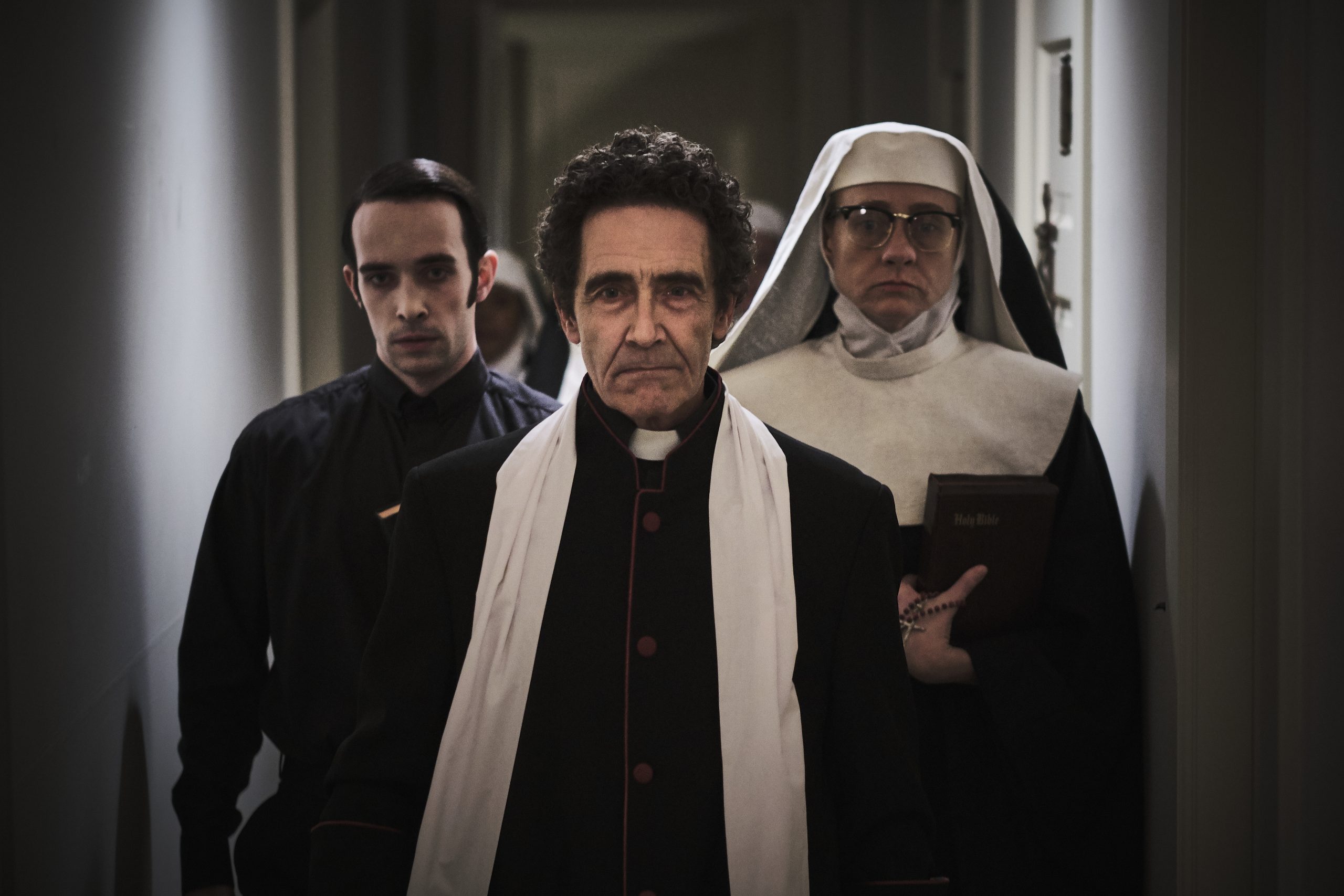 I will also note that the very end of the film is anticlimactic, and while to an extent I think that’s intended, I’m not sure the final scene’s meant to fall as flat as it does (to me, watching it alone). There’s a dialogue that puts forward a central idea about the divine which is obvious in a way I didn’t think was intentional; that is, I doubted that it would have been a new or meaningful idea to a former nun. I could be wrong; I am not someone who believes or struggles with belief. But I found it odd for the character and something of a false note on which to end the film.

I may be spending too much time writing about what doesn’t work. There are an awful lot of things that do. The acting is excellent, especially Molly C. Quinn as Mary; Ben Hall’s effortless roguish charisma is fine, and Jake Horowitz gets to create an interesting arc for his character in relatively few scenes. The look of the film is very strong as well, the camera always in good places to tell the story, and the colour sense unobtrusively excellent.

You could call the film post-genre, with the prefix being used as in music: post-rock, post-metal (there is a genre of music called post-genre, but never mind that for now). Agnes is a genre movie that’s made by people reacting to and against genre. It’s done well, as well as the structure can be done; whether the structure works is to me the question. I’m sure some viewers will have no problem with it, and I’m also fairly sure some viewers will dismiss it out of hand. I’m in the middle, tending to think it doesn’t work. I like the structural gambit, I like the way the first half doesn’t hint at the second, I like the way standard genre tropes are reflected in what looks like a minor character. But I feel like there’s too much stuff in either half that doesn’t resonate with the other. There’s a theme here of going through darkness to an equivocal light, and I’m not sure that comes together as powerfully as it might have. Agnes is a fascinating and perhaps noble attempt that I don’t think is a success; but I’m glad it exists, and it has me looking forward to seeing what Reece does next.

After 46 movie reviews I’m starting to wonder…how many left? 😂