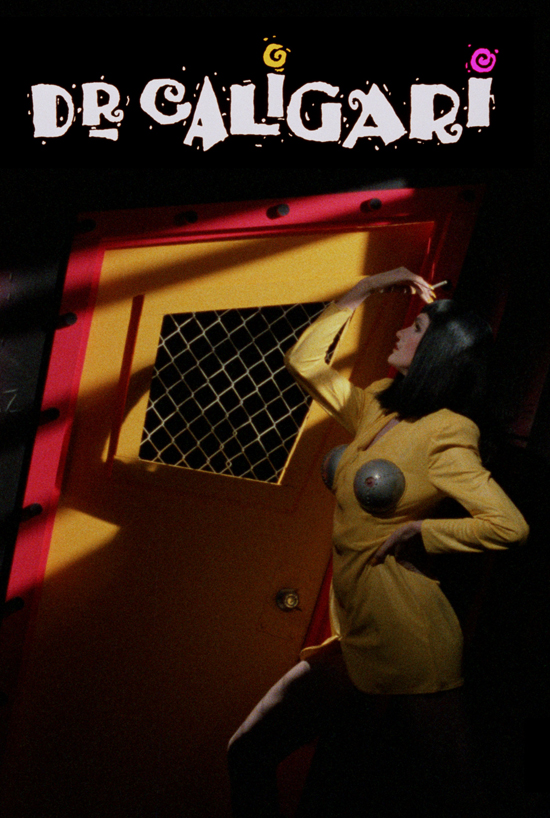 Dr. Caligari is a definitely a feature film. We can start there. But let’s be careful; this is not The Cabinet of Dr. Caligari, the classic German Expressionist movie from 1920. This Dr. Caligari is an American movie from 1989, directed by Stephen Sayadian and co-written by Sayadian with Jerry Stahl (Wikipedia tells me it was briefly known as Dr. Caligari 3000 when it first came out). A new 4K restoration by Acid Pictures is coming to blu-ray, and it played this year’s Fantasia Film Festival first. The film’s usually called an exploitation movie, but it’s unclear to me who or what it’s exploiting, exactly. What it is, in essence, is unclassifiable weirdness from the depths of the 1980s.

There is something that looks like a plot. At an insane asylum run by a woman named Doctor Caligari (Madeleine Reynal), granddaughter of the famous one, inmates are being subjected to a dangerous new procedure. Caligari’s experimenting with ways to extract the nature of one person and inject it into another. Shenanigans follow, mostly revolving around a nymphomaniac (Laura Albert) and a cannibalistic serial killer (John Durbin). Meanwhile, members of the staff are having doubts, and may be ready to revolt against the maniacal Caligari.

This doesn’t really capture the experience of the film, though. It’s a thoroughly artificial, self-aware movie. It’s conscious of the artifice of its story, and pushes that artifice as much as it can visually and narratively. Performances stand out for straight-faced campiness. Dialogue’s quotable in its weirdness: “ECT, my favourite three letters in the alphabet,” one patient declares, and then “Juice me, I’m a shiver boy.” A scarecrow in one sequence declares “There’s much to be learned from a despairing shriek.” Another character declares “I’m not a hysteric, I’m a CPA!” The nymphomaniac patient recalls “My husband had an erection, once. Silly, really.” Early on someone says “My feelings are like filthy prayers I want to scream in your face.” And on and on. 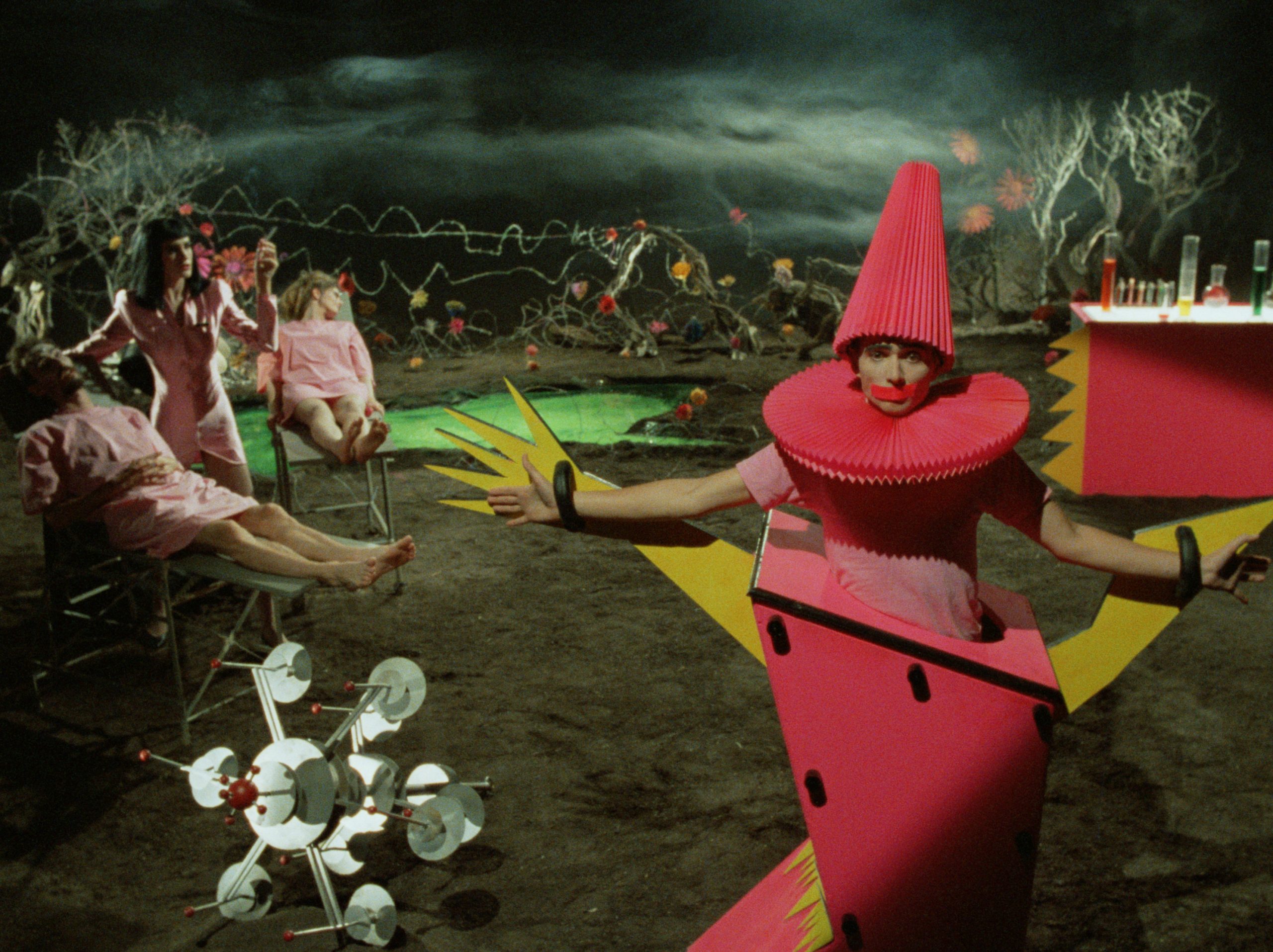 Visually the movie’s just as much of an experience. It doesn’t even try for realism. The film takes place in a black box, with a few furnishings, exits, and background elements hanging in darkness (it’s a bit like the video for You Might Think by The Cars). Those elements — doors, signs, windows, and so on — often have odd angles and neon colours. Added to the tongue-in-cheek acting, it’s a film that never lets you forget you’re watching a movie. Which could go terribly wrong, but here it works.

It adds up to a distinctive whole. I don’t think I’ve seen anything quite like it. Dr. Caligari’s often described as sexploitation, and there is a goodly amount of sexuality in the movie, but for me at least it didn’t feel like the point. There’s a lot of non-sex stuff going on here, but it’s also true there’s a seamlessness between sex and not-sex which is unusual. The experiments at the Caligari Insane Asylum (note acronym) are all about what is unconscious and repressed, I think, the things that people in the 80s were beginning to accept as undeniable but which were not always represented in the mainstream. At a time when political leaders were insisting that the most banal image possible of the 1950s represented reality (there’s a pointed reference in this movie to “a thousand points of light”), alternative culture of these years was aggressively trying to talk about the things that didn’t fit into the conventional media landscape. Like sexuality. 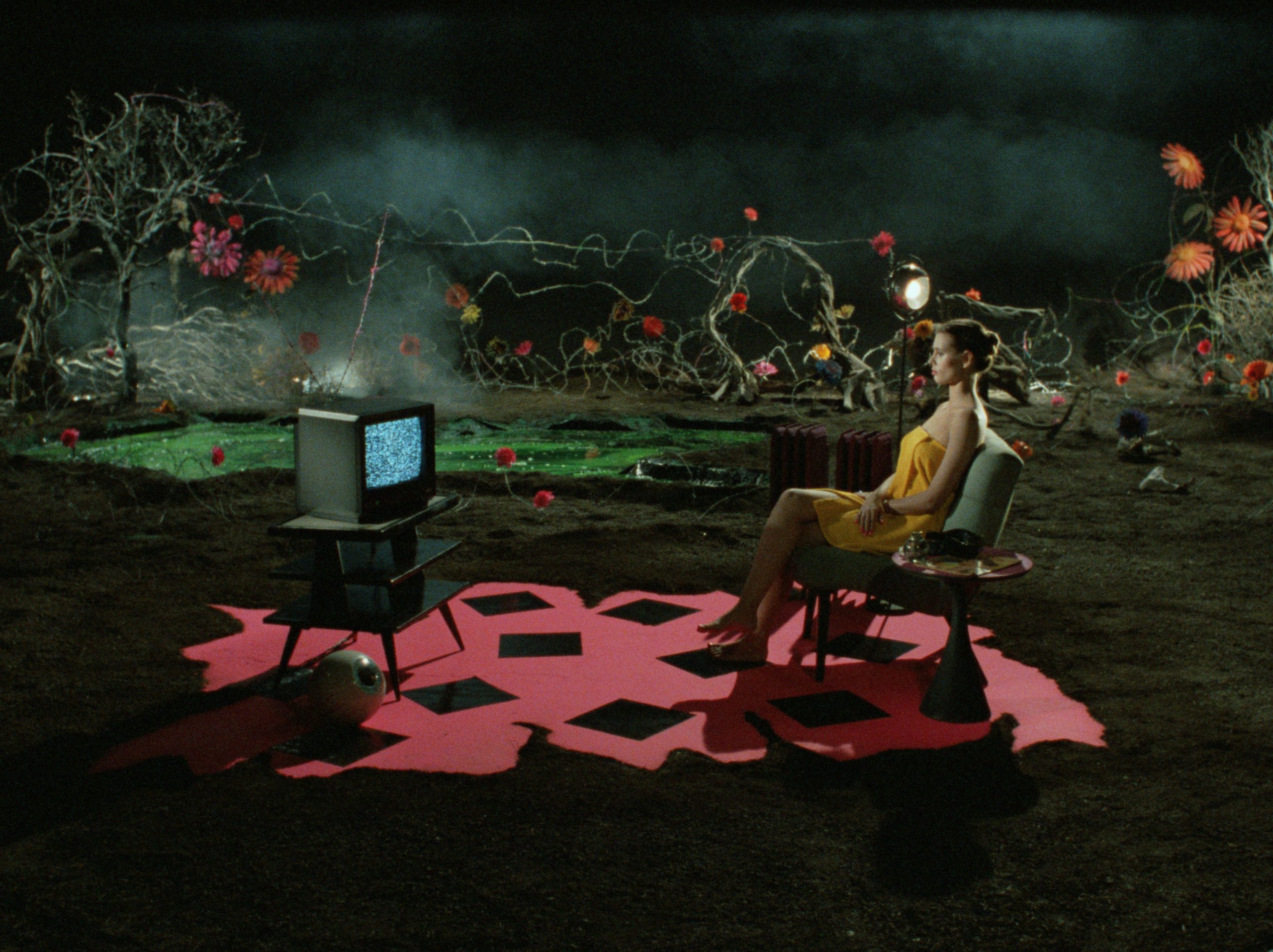 With thirty years having passed, in a very different cultural environment, that makes the film something of a curiosity. It’s not that it hasn’t aged well, just that the situation out of which it was created no longer really holds. In particular, you notice that the sexuality in the film is very conventional and straight; there’s an unfortunate attempt at subverting sex roles (to put the best possible face on things) at the very end, but for the most part the movie doesn’t really think about questioning the gender binary or even heterosexuality.

While I’m being critical, I’ll also note that the movie’s weirdness doesn’t develop over the course of the film. It’s not that the weirdness is one-note, and there is an actual narrative arc with a strong climactic scene, but once you’ve seen the beginning of the film — once you’ve watched the first twenty minutes or half an hour and grasped the basic parameters of what you’re watching — there’s not much tonal variation. On the other hand, it’s also only 80 minutes long, and it’s never anything you can call boring. And there is a patient who randomly shouts “Chinchilla!” at odd moments, and I don’t know why that’s entertaining but it is — perhaps specifically because it doesn’t feel like it’s mocking the insane, and is so very consciously not a depiction of actual madness. 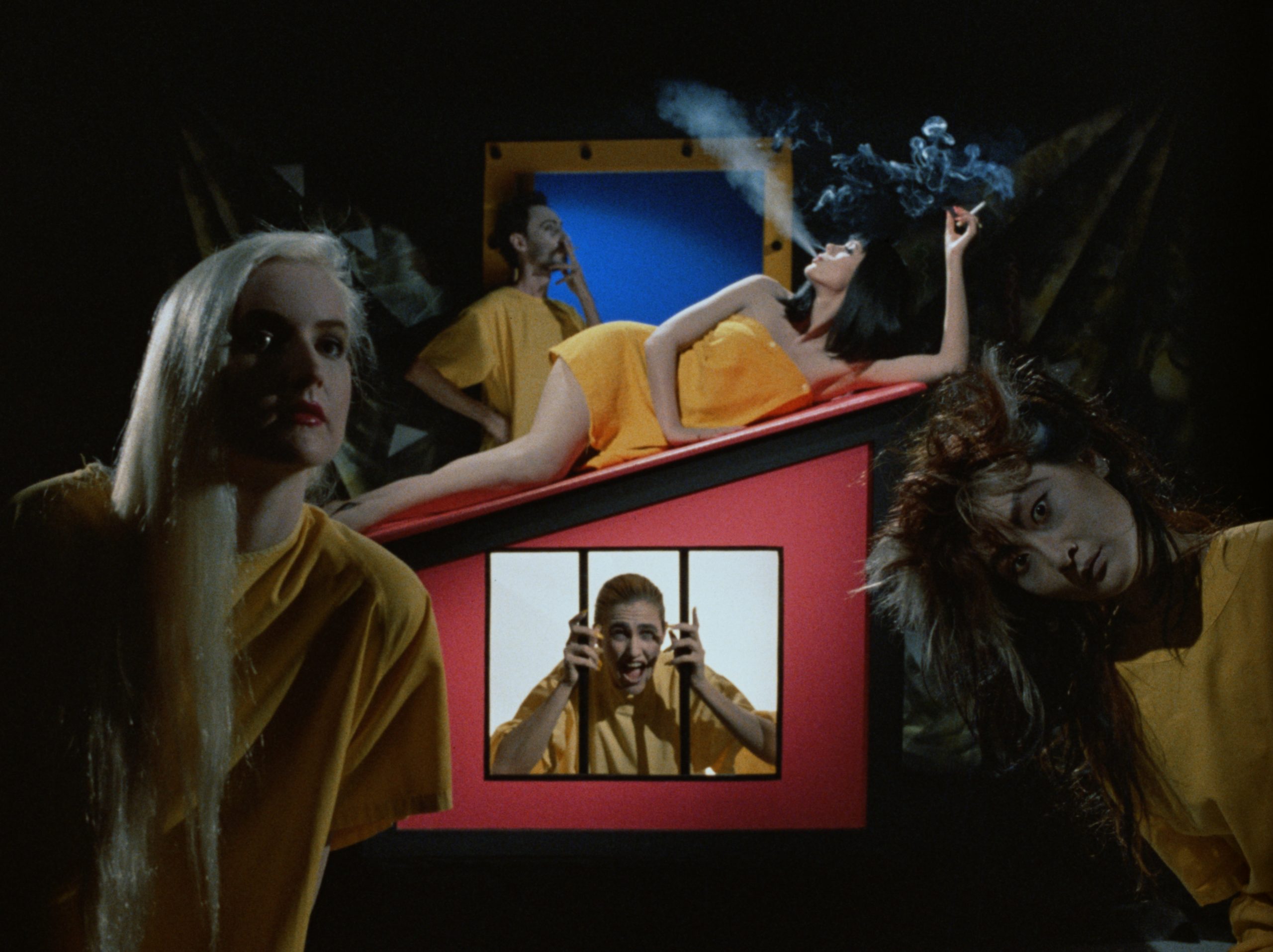 Caligari’s also an unexpectedly smart movie. It doesn’t just consciously link its story to The Cabinet of Doctor Caligari, it also casually refers to Wilhelm Reich and Carl Jung. It’s a film that knows what it’s doing, and is conscious of its artifice, and uses that artifice for a specific effect. That means it’s still entertaining to watch, even if the passage of time has eroded its subversive edge.

Caligari was Sayadian’s third film; he may be best known in genre circles for the 1982 Café Flesh, officially his directorial debut (although he did much of the directing for 1981’s Nightdreams). Sometimes working under the name Rinse Dream, he worked for Larry Flynt Publications designing irreverent ads for Hustler, and also designed the posters for some famous movies — Dressed to Kill, The Funhouse, The Fog. Dr. Caligari’s apparently been difficult to see for some time, as its only DVD release came from adult-movie company Excalibur Films, which was founded by one of Caligari’s producers. The restoration from Acid, to be distributed by Mondo Macabro in 2022, looks excellent (at least on my 1080 TV); Sayadian, in a panel at this year’s Fantasia, has said the film looks even better in the restoration than it did originally. I’m glad to have seen it. It’s a movie that deserves to be out in circulation, and I’d like to think it’ll find some kind of audience with a taste for the distinct and the odd.

Glad to hear of the disc release coming