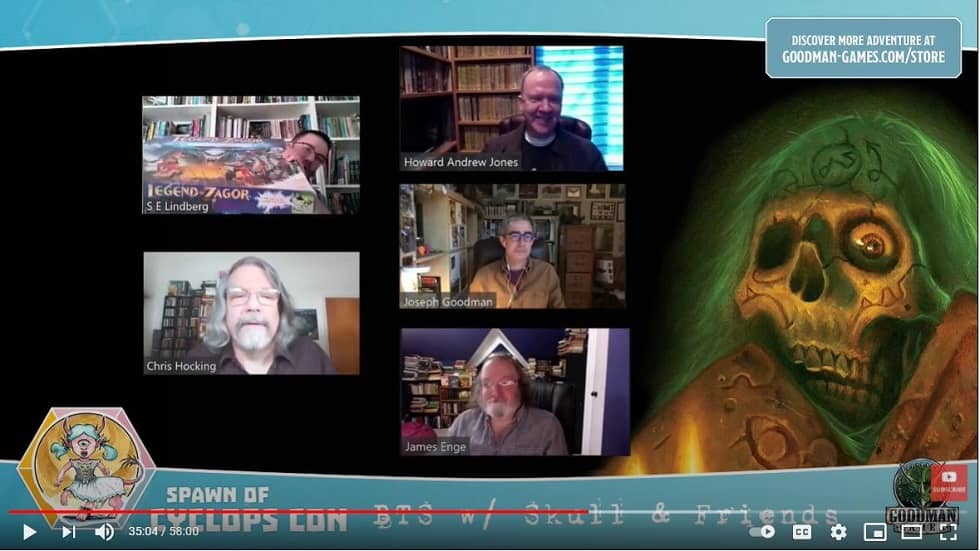 I finally got around to listening to the epic podcast produced earlier this year by the staff and contributors to Tales From the Magician’s Skull. It features the brain trust behind my favorite sword & sorcery magazine, including its illustrious publisher Joseph Goodman, mastermind behind Goodman Games; editor Howard Andrew Jones (Managing Editor emeritus of Black Gate); and authors John C (Chris) Hocking, James Enge, and S.E. (Seth) Lindberg.

The whole thing is well worth listening to, roaming free-form over topics of interest to anyone who enjoys reading or writing quality short fantasy, including horror stories from the slush pile, the rising influence of Clark Ashton Smith and Warhammer, the importance of the establishing shot in fantasy fiction, other sources of quality S&S (including Adrian Simmons’ Heroic Fantasy Quarterly, Jason Ray Carney’s Whetstone, Dave Ritzlin’s DMR Books, Cirsova, and Weirdbook), Icelandic sagas, the timeline of James Enge’s Morlock tales, Hocking’s Benhus stories, Howard Hanuvar tales, and the mysterious and untimely demise of an unusual number of magazine interns.

A couple of friends tipped me off that I was name-checked about forty minutes in, so it wasn’t a surprise when I heard it, but it was certainly worth the wait. The topic under discussion was the rare and classic Fighting Fantasy board games, including The Warlock and Firetop Mountain and especially Legend of Zagor. Here’s a transcription from around the 36-minute mark.

Howard: I bet John O’Neill has all of that, probably multiple copies in shrink.
S.E. Lindberg: Oh my god.

Howard: You talked with O’Neill?
S.E. Lindberg: I have not, though I’ve seen pictures of his basement. And it’s… it’s probably in there. I don’t know if he knows if he has it.
Chris Hocking: That might be the only game with a fantasy theme that he might actually not have. So if you show it to him he might become alarmed and run out of the room to go get it.
S.E. Lindberg: Maybe I’ll bug him… This one was hard to get, because they didn’t release it in the US.
Chris Hocking: I’m dying to know if he’s got it now. We have to find out.

The Warlock of FIretop Mountain is a hard-to find board game that took me some time to track down. Legend of Zagor, however, is a totally different story. According to various online sources it was released in the UK by Parker Bros, and Seth was quite correct when he said it has never seen a US release. 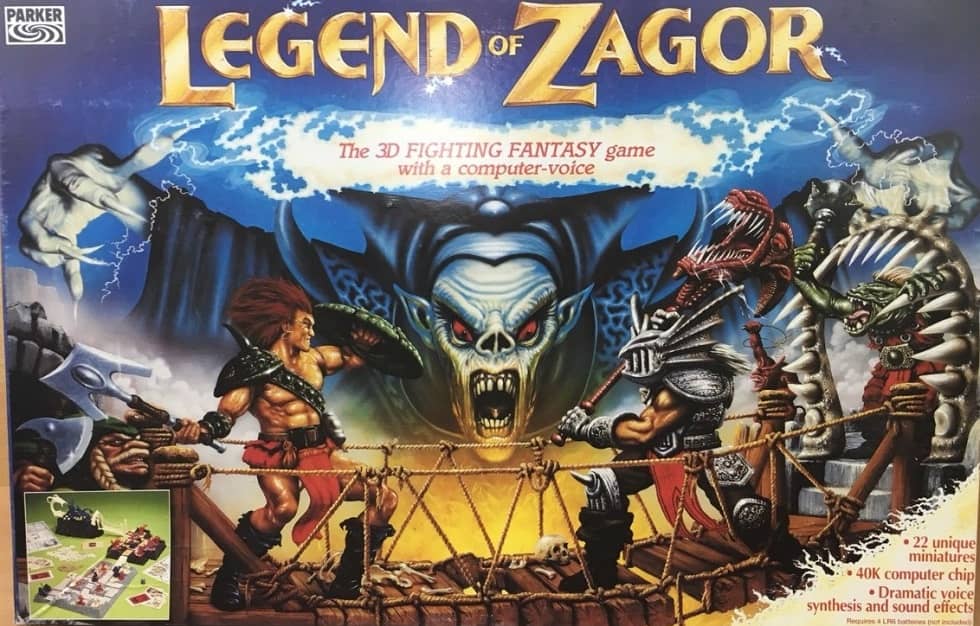 It was the 54th book in the Fighting Fantasy series from Puffin, originally published in 1993. It was credited to Ian Livingstone, though it was written by Carl Sargent.

The Warlock of Firetop Mountain trilogy from Puffin Books.

I would share more of the fascinating details around the board game Legend of Zagor here, but until today I’d never heard of it and don’t have a copy, and I need to drop everything immediately and go find one. Wish me luck.

You can listen to the fascinating and entertaining podcast here.

As c’mon, John, what are you earning your money for if not to spend it on fantasy games so obscure even YOU have never heard of them?

You raise an excellent point, John!

@John, if you can’t find a copy…perhaps I’ll let you experience the game. Would be a fun game night. I’ll even drive to you (but I’m giving my copy away)