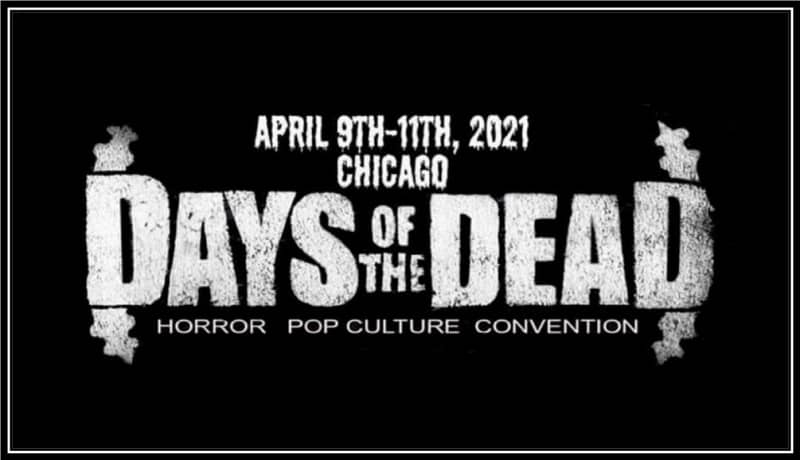 As signs of life begin to emerge following the zombie apocalypse that was 2020, our thoughts naturally turn to the fate of the many trade shows and live events we normally cover for Black Gate. Earlier this year I posted a list of tentative in-person conventions which hopeful organizers were busy planning. Now this week I am nearly giddy to report that the first one, Day of the Dead Chicago, which we have been covering for nine years, successfully occurred last weekend.

As you would expect, things were a little different in this brave new world, but let’s start with what was the same.

Days of the Dead is a horror and pop culture convention that has been around since 2011. That makes 2021 a big tenth-anniversary year for the event which began here in Chicago, and has since expanded to Las Vegas, Indianapolis and Atlanta. This year, DotD was hosted at the same suburban-Chicago hotel where it moved to in 2019. It had far outgrown its previous location where vendor booths and even some celebrity tables had been relegated to the hallways between banquet rooms, making Black Gate photog Chris Z and I repeatedly wonder what would happen if someone yelled “fire!” The new hotel is far better equipped to host the show which in past years has drawn upwards of 4000 guests over the weekend it occurs. But, if you can believe it, the very-scaled-back hotel bar was bereft of Fireball, depriving us of our customary pre-convention shot. 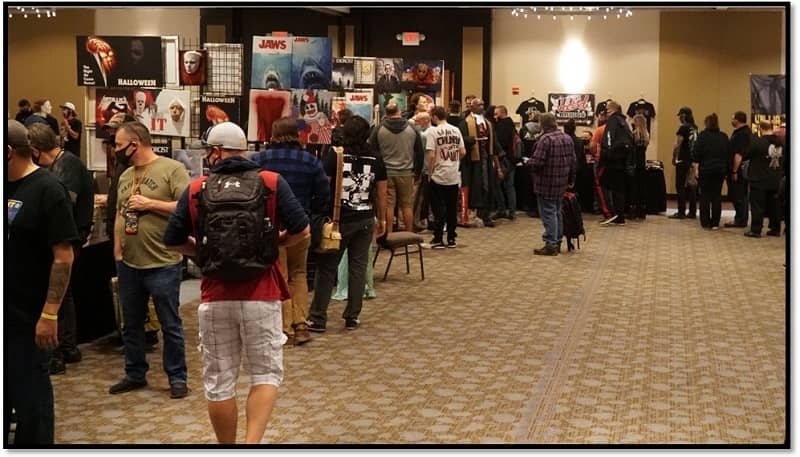 Friday evening is the show kick-off and the day we traditionally attend. Thanks to the generosity of the DotD show-runners, we are allowed on the floor an hour before opening, giving us a great opportunity to scan the vendors and chat with the celebrity attendees before things get crazy. Past shows have resulted in interviews with Chris Sarandon (Fright Night), Carrie Henn (Aliens), and the cast of The Blair Witch Project to name a few. This year’s show had a sizeable list of Hollywood guests, and I was particularly interested in speaking to Tom Sizemore (The Relic, Saving Private Ryan). In fact, we had a short meeting set up with him through his publicist, but unfortunately his plans changed and he didn’t arrive in Chicago until Saturday. As DotD historically ends our “season” by occurring in mid-November, celebrity guest cancellations are not unheard of. Getting people who live in LA to fly to Chicago is dicey at best, so missing out on meeting Sizemore was disappointing, but not shocking. 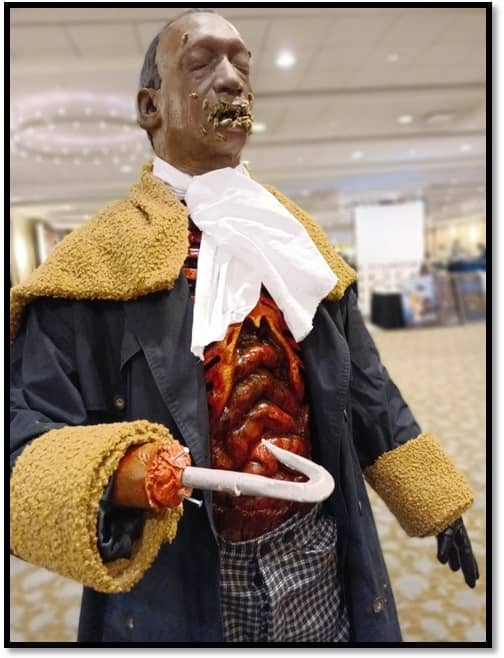 We saw some familiar faces such as artist Patrick Hart known for his incredibly realistic life-sized creations and Susan Backlinie, famous for being the first victim of the shark in Jaws. We also made a new acquaintance in the form of Jason Zink, director and writer for indie-horror film company Weird on Top Pictures. We’re going to be interviewing him about his latest film Straight Edge Kegger which was just picked up by the Shudder network. 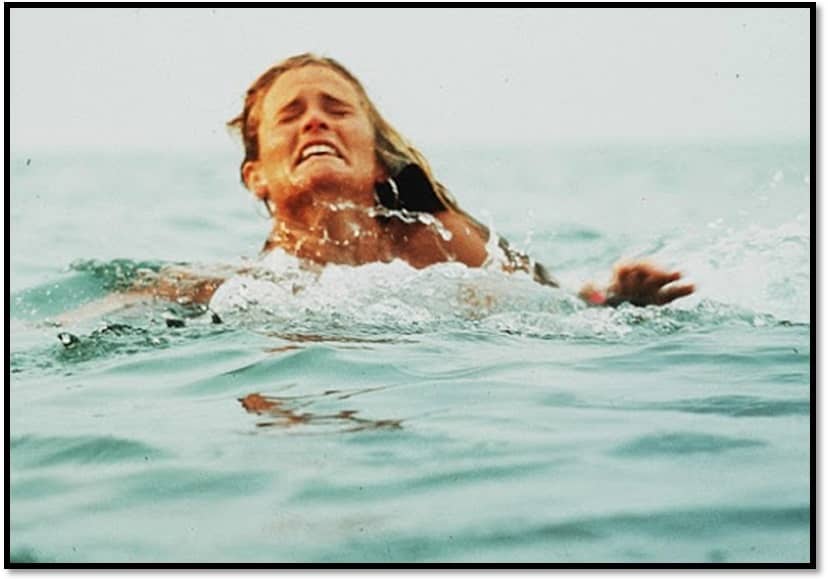 So, if you’re pondering attending an in-person event this year, what is different and what can you expect?

Days of the Dead show-runners definitely had safety in mind. The vendor tables were spaced at least 6 feet apart and occupied half as many rows as normal. Masks were mandatory and hand sanitizer was everywhere. According to Illinois’ current Covid protocols, conventions here are limited to 250 people, though DotD was honoring the tickets purchased for last November’s show which had been cancelled. As Friday evenings are generally more lightly attended than Saturdays and Sundays, it was hard to gauge if the crowd was thinner than normal, or if admittance was being restricted.

But in spite of the precautions, it felt wonderful to be back at a live event. It makes us hopeful that the rest of the 2021 lineup will actually happen, though organizers for events scheduled for the second half of the year are still being cagey. For instance, the organizers of Wizard World Comic Con, which can draw as many as 35k attendees to it’s late-June event in Chicago, has asked us to check back in mid-May for our press passes. And C2E2, another show with a ginormous attendance which normally occurs here in August, has been pushed to November with no press passes being issued at this time. DotD intends to complete its march through its scheduled US cities, with Las Vegas being next, recently announcing via Facebook that they will conclude 2021 by coming back through Chicago during their normal weekend in November. If you live near any of the cities which host DotD, we highly recommend checking it out.

For now, we definitely know we’ll be road-tripping to the Halloween and Attractions Association convention in St. Louis the first weekend in May. This should be interesting as St. Louis county has convention facilities limited to 25% capacity and the HAA is one of the largest events we cover each year.

Oh, as we’ll be packing our own Fireball, just in case.