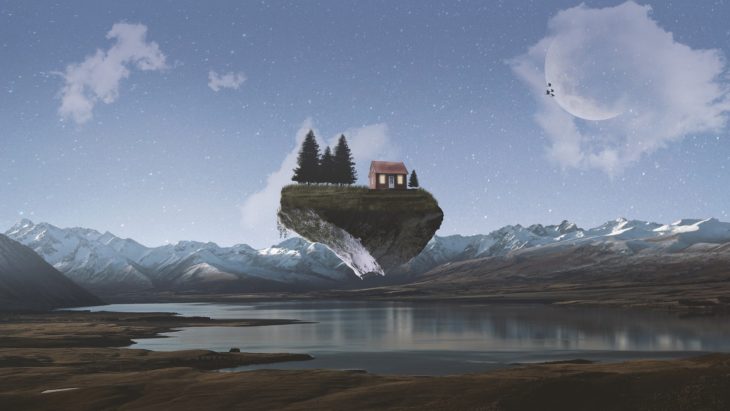 Image by psychofladoodle from Pixabay.

I have been thinking a lot recently about life, writing and all the things that orbit around those things. Currently, while I’m waiting for things here in Ottawa, Canada to return to something approaching normal again (it looks like we’ll be close at the beginning of 2022), there isn’t much else I’ve been able to do. I find in my writing endeavors, I’m chugging along well enough, but a daily routine of writing at lunch isn’t really anything worth blogging about. As for films and television, I’m falling back to old favorites, as they are comforting and relatively without stressed. I know what’s going to happen.

It has been quite depressing to all my youthful hopes and dreams that I haven’t been able to make a living writing. I wasn’t expecting to become rich. But I was hoping to be able to scrape by. That has not materialized. It was a hard lesson to learn, really, particularly since I have to keep relearning it every time I get any time at all to think about life and where I am in it.

Writing, however, has taught me an awful lot about life that I’m extremely grateful for, that translates well in almost every other endeavor of mine. 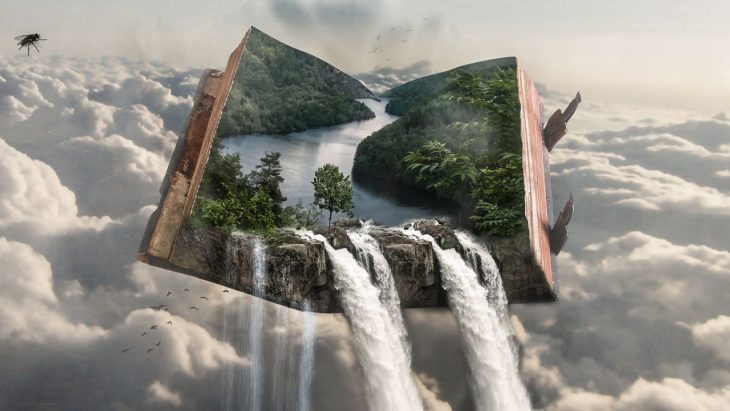 Image by Iván Tamás from Pixabay

The first, and perhaps most obvious, is discipline and patience. You’re a writer if you write. But it’s desperately hard to publish anything if you haven’t got a finished manuscript. It takes discipline to sit down and write something to completion, and more to see it through the various rounds of edits. It also takes incredible amounts of patience to walk through the entire process of publishing. Even if you’re self-publishing, there are several rounds of edits (I hope), which means waiting on beta readers and editors, if you’re not doing it yourself, you’re also waiting on book formatters and cover designers. There is a feeling of needing to get the thing out as fast as possible, and all the waiting and fixing involved in the publishing process can be incredibly frustrating. Yet there is not choice to wait. Not if you want to produce a quality product.

I learnt this the hard way when I self-published my short story anthology The Dying God & Other Stories. It’s, well, a mess. It could do with a really good edit (I’m hoping it’ll get one soon, as I have a small press interested in taking up my backlist, which is nice). I didn’t put out the best thing, which certainly hurt my attempts and being widely read. I rushed. As a result, I’m not happy with it at all.

If you’re attempting to be traditionally published, patience is absolutely key. Not only do you have to wait on beta readers and editors before you start submitting, you then also have to submit and wait. Submit and wait for an agent to respond. Submit and wait for a publisher to reply. If you’re one of the fortunate ones who manages to acquire an agent, you must then sit and wait while your agent submits on your behalf and then both of you are waiting on replies from a publisher. This can be an awful period. Every writer I know despises the submission process. I absolutely detest it. Still, if you want to be traditionally published, there is no choice but to go through all that. I know I’ve shot myself in the foot here, too, with premature nudges and such, but I’ve learnt. 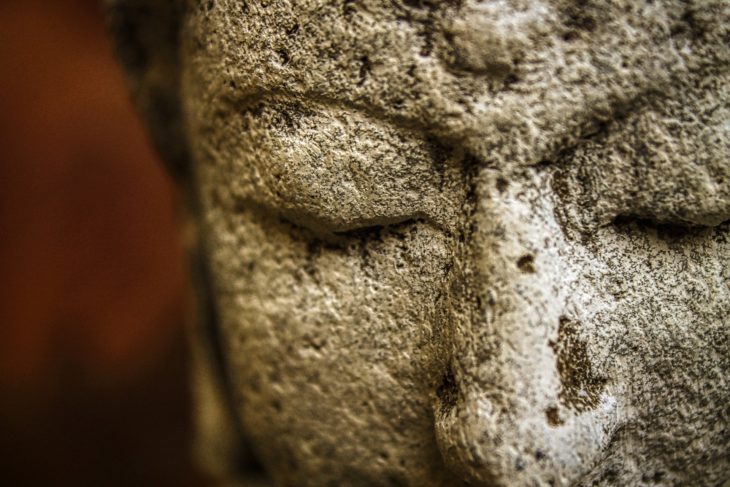 Image by Iván Tamás from Pixabay

Perhaps the biggest thing I’ve learnt, however, is to let things be. *Sings, “Let it be. Let it beee. Let it be. Oh, let it beeee. Whisper words of wisdom. Let it beeeeeeeee.”* In all seriousness, however, it was not an easy thing to learn for this overachieving perfectionist control freak. There is so much in publishing that is out of one’s control. So much. It’s hell for people like myself, who’ve gone through life in accordance to a very strict plan and the idea that everything is down to myself. Succeed or fail, it’s all on me.

That attitude is still one I tend to carry with me. I do consider my lack of success (where success here is my writing supporting my life) a fault of mine. I haven’t been doing enough – particularly when it comes to self-promotion (I’ve not yet learned to do it effectively, or even to not want to vomit every time I consider it. I hate self-promotion). There is also a great deal that is simply out of my hands. Rejections happen for any number of reasons that may well have nothing to do with the quality of the work on offer.

It might be that something like it was just accepted and it’s just too similar to be sellable at this point. Perhaps it’s too niche. Perhaps that agent in particular is just not that jazzed about it. Another agent might be. Perhaps it’s really good, but the agent just isn’t sure how to sell it, and feels they can’t do the work justice. Maybe it’s just that the market isn’t ready for what you’ve got.

It’s entirely possible that the work in question is utter shite, which is in one’s ability to change, but more often than not, it’s any number of reasons that are entirely out of the writer’s grasp.

This tension is difficult to navigate, but whatever the reason, once your submission is out in the world, it’s out of your hands. You have to let it go.

The same is also true of any reception your work might receive. This is entirely out your hands. You can’t do anything about it – other than sob or celebrate (or rail publicly against it and show your entire arse).

Letting go was not easy for me. But learning to has led to a number of stresses elsewhere in my life to be greatly reduced. There’s an awful lot I don’t have control of. 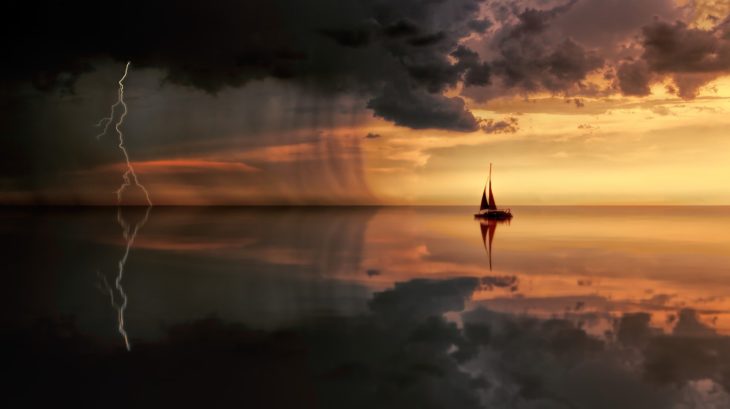 Image by jplenio from Pixabay

I wouldn’t trade my time writing for anything – disappointments and all. It has taught me so much and, despite all the uncertainty and sadness I can directly link to trying to write and “make it” (whatever that means) as a writer, I have learned so very much, and carry those lessons into other aspects of my life.

Plus, you know, I’m not dead yet. There’s always some hope I can do it before the end.

And so can you.

Of course there is! Also your experiences sound pretty much identical to any writer I know. A writer is delighted on finishing a particular piece of work. It’s maybe the best thing that author has ever done? They stick it up online or they send it to an agent or publisher. A week later the work in question doesn’t look so hot. In fact, it could do with some major work. The writer beats herself up about screwing up her big chance etc, etc.

In reality, there’s always room for improvement. At least with self-publishing you can take something down and rewrite and/or edit it.

As for the money angle – does anybody make money from writing fantasy? Lovecraft, CAS and Howard didn’t. Peake’s books went out of print. Plus the two people who could write exactly the kind of books they wanted to write – ie Lewis and Tolkien – were only able to do so because they had day jobs.

That is essentially my entire writing life right there!

And it’s quite true that very few writers are able to support themselves with their writing. Enough do, however, to make it seem enticingly possible, if only… A carrot, perpetually dangling in front of the donkey.

I live ever in hope.

Boy, did this hit home! Stop stealing thoughts and experiences directly from my mind and revealing them to the public before I can. (Just kidding; I am not of the tinfoil-hat crowd, I assure you. The paradoxical, contradictory, self-lacerating, almost-comically-uber-confident-whilst-at-one-&-the-same-time-riddled-with-anxiety-&-angst crowd, yes! In other words: a writer.)

Years ago I self-published a collection of short stories: Night Terror & Other Tales. I rewrote the introduction at the behest of an editor friend so many times my brain turned to mush and I published gibberish. His fault? In part—but the final responsibility was mine. I accepted bad advice (certain aspects of the intro) and did not catch my own egregious typos in the 99th version attempted. I have extensively revised and reworked every story in the collection in the years since. I am proud of the condition the most current version of this book is now in. However, it remains un-republished (is that a word?) at present.

I continue to write poetry and weird tales and have had some modest successes since that hideous public face-plant roughly a decade ago. Like you, I oftentimes remonstrate with myself over a writing career that is, um . . . less than I hoped it would be.

But in the final analysis I take comfort from the work itself. Do I still enjoy the art of the sentence, fashioning word-after-word in as cunningly seductive and entrancing a fashion as I can manage? I do. Have I improved in my craft? I believe I have. Do I earnestly and honestly believe that the best part of life-long practice is a granular appreciation and respect for the work of “The Greats”? I do so firmly believe.

Therefore I continue to scritch-scribble away at the midnight hour, whilst suffering all manner of personal affronts, insults, crises and outrages in the ongoing serio-comic course of a lower-class workingman’s life.

Salute! Long may you write with as much inspiring candor and self-effacing humor as you have here. Thank you for speaking for many of us!

That’s the spirit! Keep at it. We’ll get there.

(And thank you. You’ve made me blush)