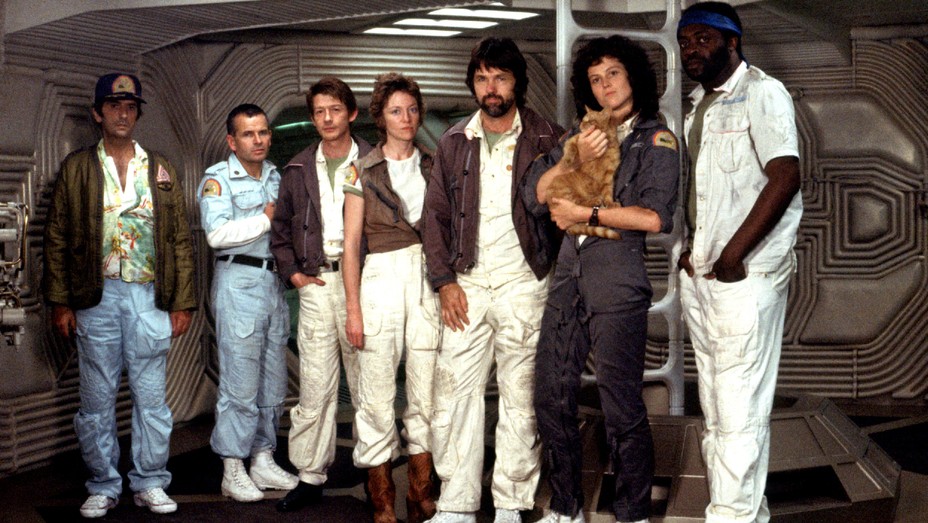 I know I’m a broken record about how Alien is, IMO, the greatest ensemble of character actors in the history of SF in movies. Today seems like a good day to say it again.

One of the many things I learned from the huge “Making of Alien” book is that the actors made their characters. They were thinly sketched in the screenplay. You knew that Kane volunteered to go out exploring and wanted to be lowered on the line to see where the hole led, but it was up to the actors to figure out who these people were. Sigourney Weaver wanted Ripley to be prickly, officious, and disliked by pretty much everyone (except the cat), as she poked around in areas outside her official responsibilities. Harry Dean Stanton had Brett follow Parker around and say “right” all the time (in the original screenplay he just backed Parker up at key moments, saying “yeah” in agreement). Ian Holm decided Ash would do every line and make every move like he was on a job interview. Skerritt was driving Ridley Scott nuts by talking so quietly, but then on screen in the rushes Scott saw that it was working and he was clearly in charge.

Yaphet Kotto walked through the sets and knew how he had to play Parker: “Parker was going to be bigger than life. I thought Parker had to be, because one look at Ridley’s sets–I said this character is going to get lost in this and so he’s got to be big. Bombastic and big.”

Ridley also ordered Kotto to ignore Sigourney Weaver as much as possible, make her feel the nervous, inexperienced outsider to the team, or needle her a little. He wouldn’t eat lunch with her, he’d take the makeup chair as far as her from possible. . . even though he liked her from when they first met and felt a little sorry for her as the newbie with a bunch of people who’d been in big roles for years.

Ridley Scott was a collaborator with his actors. He told them the goals of the scene and let the actors work out who would be standing nervously, who would be slumped with their feet up, stuff like that, then Ridley worked out the lighting. They altered their lines, added busyness with their hands. I think that’s the reason Yaphet Kotto is more Parker in everyone’s memory than his other roles, he had the room to make full use of his gifts.