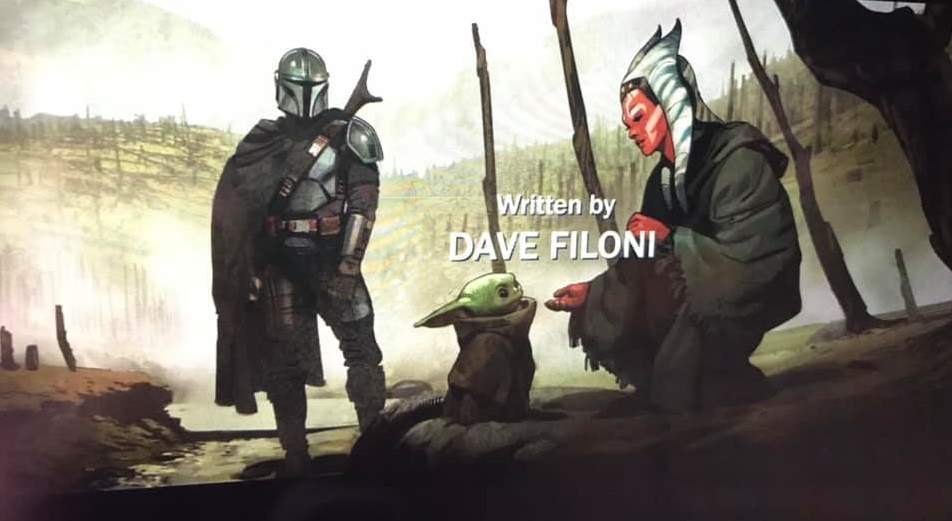 I’m not a Star Wars fanboy. I’ve seen the movies, and most of the cartoon shows. Though I’m pretty spotty on The Clone Wars, which my son Sean can cite chapter and verse. I read books by Alan Dean Foster and Timothy Zahn way back when, but that’s about it.

But I like Star Wars. And I’m fairly open-minded. I thought that a few of the movies, like The Phantom Menace, weren’t that great. And The Last Jedi just about put me to sleep. But on the other hand, Solo was a fun caper/heist flick, with a Star Wars overlay: I’m in!

Star Wars Rebels was a much better animated series than The Resistance, for me. I liked all the lore they filled in. Which brings us to Jon Favreau’s terrific project, The Mandalorian. Favreau played a major role in launching the Marvel cinematic universe, and I can’t think of any better hands to be holding Star Wars at the moment.

A year ago, I raved about the first three episodes of season one, which I binge-watched with my son. I loved the rest of the season, and as I type this, we’re through episode five of season two.

SPOILER ALERT – If you’re reading this before watching the show: that’s surprising. Seems like everybody I know is watching every episode on the Friday it drops. Go catch up on Disney+, then read the rest of this. END SPOILER ALERT

I’m not going to delve deep into the show. Some day, I’ll really tackle it – but not today.

The Spaghetti Western influence has continued in season two, with Mando sort of a wandering galactic cowboy. It works incredibly well. I mentioned that in my first essay on the show.

I have been thrilled with the guest stars procured for season two. Justified is my all-time favorite TV series. Getting Timothy Olyphant to play ‘The Marshal’ (also tying in to his role in Deadwood) was simply awesome, in the first episode (which is Chapter 9). Couldn’t have started off better.

Season Two: Episode Two (Chapter 10) included stunt woman Misty Rosas playing her second character in the series (Frog Lady this time). Maybe she’ll get to speak understandably in a third role! She was the voice of Sid the Science Kid. If you have a child of a certain age, you watched that show.

Rosas is a Hollywood stunt woman. We’ve already seen former MMA star Gina Carano as mercenary Cara Dune. She was a key character in season one, and made a return appearance in Episode Four (Chapter 12). That one also brought back Apollo Creed himself, Carl Weathers, as well.

Episode Three (Chapter 11) brought in WWE star Sasha Banks as a member of Bo Katan’s Mandalorian force, The Nite Owls. Banks is a good choice for a kick-butt female Mandalorian. Interesting to see ‘physical-centric’ people getting cast in key roles.

And in that episode, Titus Welliver, star of Amazon Prime’s fantastic hardboiled noir series, Bosch, delivered a terrific performance as an Imperial captain who follows orders without blinking. That scene where he gets his order from Moff Gideon (Giancarlo Espisito – one of my favorite guest stars on A&E’s Nero Wolfe series) is a memorable one.

But he wasn’t even the star of this guest cast. I gave up on Battlestar Galactica half-way through season one. It just seemed to plod on and I was bored. There’s too much to read and watch for that. The Expanse has filled that gap for me.

My frame of reference for Katee Sackhoff is as a hard-as-nails ex Philly cop Vic Moretti in the fine series, Longmire. She voiced Bo-Katan in The Clone Wars animated series.

So it’s great to see Favreau bring her in to play Katan in a live-action series. I really think that there wasn’t a better person to give this series to, than Favreau.

And then there was Chapter 13 (Episode Five). Rosario Dawson is Ahsoka Tano. AHSOKA!!! I can’t think of any other character I’d rather have on the show. Not even Boba Fett. Anakin’s padawan has depths as great as any entity in the Star Wars Universe. Rebels added to her lore.

The Mandalorian takes place five years after The Empire Strikes Back. So, we know she is still alive then; moving her official timeline beyond the end of Rebels (which ended one year before A New Hope).

It’s nice to finally see live-action Ahsoka. She’s simply a terrific character. And we get a melee battle in this episode of The Mandalorian. Who can stand up to the powerful Jedi? How about Bruce Lee’s daughter?! Yep. Morgan Elsbeth, a local warlord (reminiscent of the Mexican bandido who terrorized a small village), is played by Diana Lee Inosanto How cool is that?

Dawson plays a thoughtful but active Jedi. It works. I’d love to see her again, even though it looks like a one-off appearance.

We also get Michael Biehn as Elsbeth’s right hand guy. Biehn is a terrific character actor who always delivers. He was Johnny Ringo in Tombstone. He had a classic ‘gunfight in the center of town’ showdown with The Mandalorian. You can hear the old music from Clint Eastwood’s Westerns, as they stare each other down.

This has been a great second season, and I think that this episode (The Jedi) was better than a couple of the mega-million big screen Star Wars movies. It was absolutely terrific.

I can’t imagine anyone who enjoys Star Wars, not being happy with the Mandalorian. Of course, Star Wars fans can be a ridiculously entitled, demanding lot (reminding me of some in the Sherlock Holmes community), so I’m sure three are folks out there pecking away at it. But I’m not seeing it.

Mark Gattis and Steven Moffatt, showing deference to Sir Arthur Conan Doyle, created a superb updating of Sherlock Holmes. Through season two, it rivaled Justified for my all-time favorite show. Then, they became focused on showing how clever, and smart, and witty they were. And starting with season three, the show became a monument to their massive egos, and went from brilliant to ineffable twaddle. It never recovered.

I simply can’t see Favreau doing the same thing. He is mixing innovation and fidelity in proper proportions. It’s a brilliant product. And I can’t wait for this coming Friday’s episode.

And make sure you watch the credits. The art screens they put up after each episode are wonderful. I love seeing them.

His ‘The Public Life of Sherlock Holmes’ column ran every Monday morning at Black Gate from March, 2014 through March, 2017 (still making an occasional return appearance!).

I really loved the samurai movie feel of this one.

hey Mr. Byrne did you also watch the behind the scenes series they put out after the first season, the tech behind how they make this show is absolutely incredible and i was highly impressed with what they do and how much is practical vs digital. some of the interviews with the directors were good too.

silentdante – I did see that.

I quite enjoyed the first interview with one of the directors. How he thought somebody was pulling his leg when he was contacted to interview with George Lucas for The Clone Wars.

Rewatched this episode again today. Man – it’s like a mini-movie: not just a TV show episode.