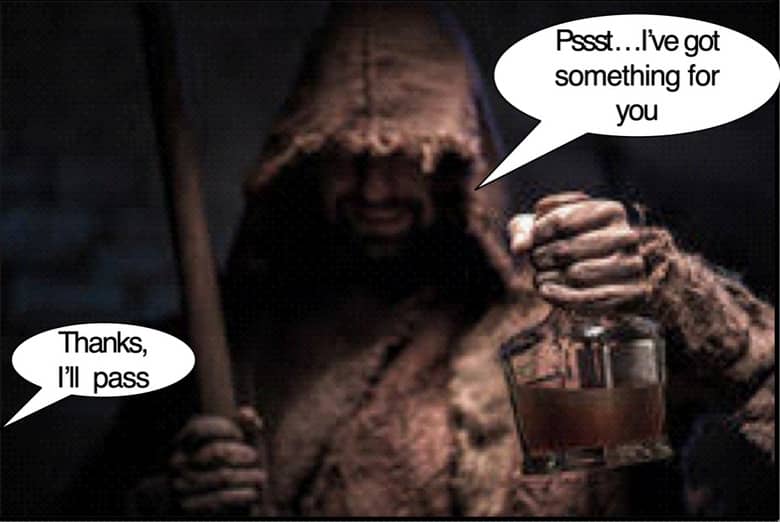 Tamworth Distilling Company in New Hampshire has a limited addition rye on offer just in time for Halloween, which has very season-appropriate story behind it.

Tamworth, like other distilleries, uses maple syrup as an ingredient in some of its whiskies. Tamworth master distiller Jamie Oakes was onsite at a local farm observing the tapping of maples trees early one spring, when a local man on the crew stopped the other men from tapping one of the oldest trees on the farm. All he would say was, “We don’t tap that one.”

Turns out that particular tree sat smack in the middle of a small plot of ten, very worn-down headstones. Out of curiosity, and due to its extremely old appearance, Oakes undertook research to try to find out who was buried in the small plot but came up pretty much empty-handed. None of the tattered headstones showed names or dates, but property records indicated the graves belonged to early settlers from around the mid-1700s.

Like the plot of any respectable horror movie, there’s always that one guy who just can’t leave well enough alone, and Jamie Oakes is that guy. It took him a few years to convince his colleagues at Tamworth that what they really needed to do was tap that tree. And in September 2019, Tamworth Distilling released its first small batch of Graverobber Unholy Rye, a whiskey flavored with maple syrup made from the tree growing amidst those graves. 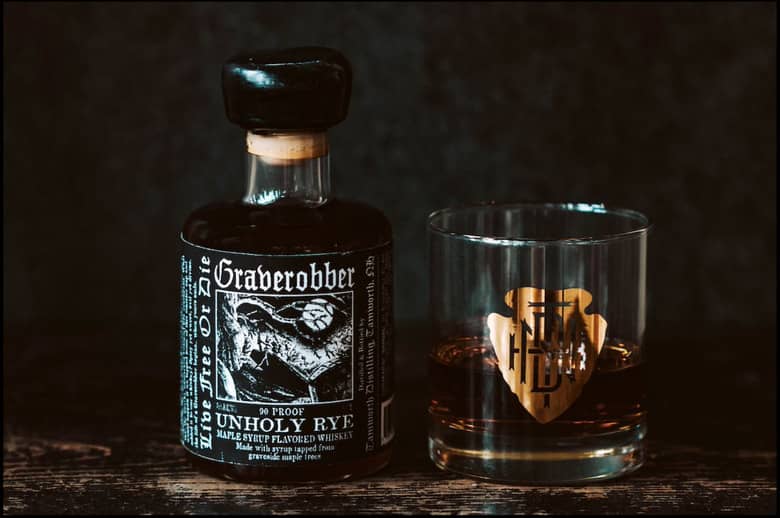 Now, it so happens the staff at Fernhill Cemetery in New Brunswick on Canada’s east coast has made a maple syrup from cemetery trees, as has Spring Grove Cemetery in Cincinnati, and St. Agnes Cemetery near Albany, New York. But Tamworth is the first to use cemetery trees to make spirits (pun intended). Jennifer Mele, the director of communications for Albany Diocesan Cemeteries (which runs St. Agnes), isn’t aware of any biblical taboo against the practice and neither is the cemetery’s historian. Additionally, the syrup from cemetery trees is perfectly safe for consumption, so all good there.

But the question is…would you…?

On the one hand, Tamworth’s tree is growing over graves that are at least 200 years old. On the other, 200 years ago no one was laid to rest inside a coffin which itself was inside a concrete liner, meaning the roots of that tree grow right into…well, you get the idea.

Oh, and the distillery describes their small-batch creation as “The overproof whiskey is strong, but balanced by an underlying sweetness.”

When Oakes was asked if there had been any paranormal blowback from his actions he said, “Funny you should ask, but we have had some really odd things around the distillery. Electrical outages, switches failing, and pumps not working. We rarely have issues and to have a few stack up in the weeks of dumping the barrel, bottling, and so on feels … um … just outside of coincidence.”

Graverobber Unholy Rye is available again this year for $65 a bottle. At 45% alcohol by volume, hauntings are not promised, but hangovers might be.

I live in NH, & visit Tamworth annually for a home brewers’ festival, which was cancelled this year due to the pandemic. Maybe tracking down a bottle of this will help fill that gap.

JC: Color me impressed, and if you do track down a bottle, I want a full report.

PS: I also have a number of an exorcist should you need one afterwards…