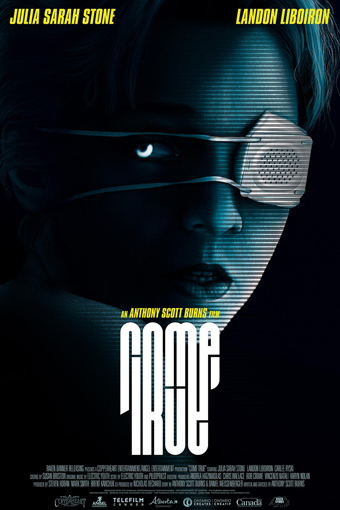 One of the crucial differences between the way a storyteller approaches the tale they’re telling and the way the audience experiences that tale is that the storyteller typically knows the ending in advance. If they don’t start with the ending and work to that, they’ve usually still worked out multiple drafts of the story, if only in their head. The audience, on the other hand, at least on their first experience of a story doesn’t get to the end until they’ve gone through the whole of the work leading there. Even if they’ve heard something of the ending, or guess at it, the body of the work is necessarily the main part of the experience. If you just get the ending, you haven’t really gotten the whole story.

This is worth noting because if a story’s ending is weak, or markedly out of tone with the rest of the work, there’s a temptation for a critic to say that the ending let the story down. From an audience perspective, that’s absolutely true. From a storyteller’s perspective, it instead suggests that the rest of the story was misjudged. Something, or multiple somethings, did not work in harmony with the vision of the ending that was always there.

Which brings me to Come True. It’s a science fiction film that played Fantasia, and it was written and directed by Anthony Scott Burns. Sarah (Julia Sarah Stone) is a teen in a big city who’s falling asleep at inappropriate times. Alienated from her family and spending nights in a park, she stumbles on a sleep study researching dreams, which promises to give her a bed for a month. But odd things happen at the study. Other participants drop out. One of the men running the study (Landon Liboiron) seems to be following her. And her dreams may be getting worse.

On a sensory level, Come True is a powerful movie. Burns also composed the soundtrack and handled the cinematography, and his work in those departments is excellent. The whole movie seems to take place in a twilight of filtered light and odd sounds on the edge of hearing. Nightmares are given a creepy and distinctive visual form, the camera steadily moving through worlds of shadowed shapes.

And the first half of the movie is a sharply-told story about science digging into mysteries that might hold more dangers than the researchers know. The film moves well, passing swiftly through Sarah’s struggles at home and school to spend time at the mysterious study, and in this context that’s a strong choice. This is a movie that knows what’s interesting about its ideas, and those things are not the usual elements of everyday life.

And then things start getting weird. Not always in a good way. Odd images creep into the film. There’s a jarring point-of-view shift. A romance that feels inappropriate. Extrapolations of the technology behind the study that make little sense. And then in the last two minutes or so of the film there are three jarring twists, the last of which explains everything inconsistent in the movie by undercutting everything that’s happened up to that point. Without wanting to give too much away, it’s also one of the endings that novice writers are always advised to avoid (and if you look at what the film’s about, you might guess which specific ending that is).

I felt that the conclusion, while not absolutely illogical, was a cheap way to pay off everything that had happened to that point. Burns of course had it planned as he made the film. But I did not think it was properly set up, and indeed I think this particular choice is a difficult one to make work no matter what a storyteller does.

I know people for whom the film’s much more successful, precisely because for them the ending works. And even I can in retrospect see a few hints that nod toward the twist. Unfortunately, I felt those nods themselves were unsuccessful. There’s a reference to a specific writer that needed to be more specific in order to be effective, for example. And generally I felt the set-up wasn’t integrated into the development of the film, especially in the second half of the movie; things merely happen at random, and later can be read as pointing a certain way.

Part of the problem is that the final twist is a get-out-of-plausibility-free card. Even if you find the few early signals that imply the movie’s got that card up its sleeve, the whole first half of the film is busy setting up exactly that sense of science-fictional plausibility that the concluding twist undermines. As a result, the experience of the movie is an excellent first half, a second half that slowly goes off the rails in more and more spectacular and baffling ways, and then finally an ending that makes you doubt the value of everything you’ve just seen — and actively frustrates you if you wanted to see an ending to the story the first half promised.

This is too bad, because there’s an awful lot to like here. Stone’s performance, for example, is marvellous. Her Sarah is strong and resourceful but also young and frightened, a great protagonist to follow. The tone of the movie’s well-handled beyond the technical aspects — or, more precisely, the technical aspects help bring out the emotional sense of what’s going on in the story. The horrific aspects increasingly implied by the nightmares the film shows us suggest that there was material here that could have been profitably investigated in a more coherent story. And, again, the nightmares themselves were cleverly visualised, genuinely dreamlike abstractions that evoked real dread.

But it came to nothing. If you watch the movie purely as a mood piece, I imagine you’ll find it successful. If you find yourself convinced by the last twist, you’ll certainly find it successful. If, like me, you’re convinced by the first half of the movie that this is a thought-through science fiction film with horror overtones, you’ll be disappointed. I know intellectually that the ending was always intended for the film. But for me it doesn’t fit, and I can’t help but feel that if the framework created to reach that ending had been allowed to develop according to its own logic, the movie that resulted would have been stronger than the one we got.