I have vivid memories of receiving the boxed set of Twilight: 2000 in 1984, cracking it open, and diving into its dark and gritty world. Each generation that spent its formative years growing up during the Cold War has its memories attached to that long, usually dull, and occasionally terrifying epoch. The Korean War. Sputnik. The Berlin Wall. The Cuban Missile Crisis. Nuclear raid drills. The Vietnam War. The invasion of Afghanistan. The Olympic game boycotts. Fraught meetings between leaders of the USA and USSR. Numerous proxy wars and insurrections. Eventually, the Soviet Union and its Warsaw Pact allies crumbled in a series of revolutions — some soft and some hard — and it all seemed then a distant memory. 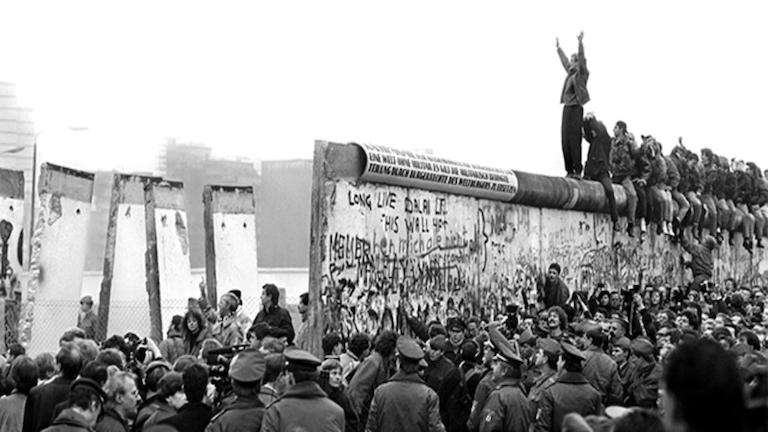 Twilight: 2000, published by GDW in the waning years of Soviet power (though we did not know that then), captured a feeling at the time of a still mighty USSR and its Warsaw Pact goons. Gorbachev and his policies of glasnost and perestroika were still in the future — and even then, we must remember Gorbachev always believed in the Soviet Union. America in the 1980s was replete with entertainment that depicted the Cold War in numerous ways. In that decade of Red Dawn, Amerika, The Day After, WarGames, Spies Like Us, Firefox, and The Hunt for Red October, the notion of a hot World War III seemed ever present. 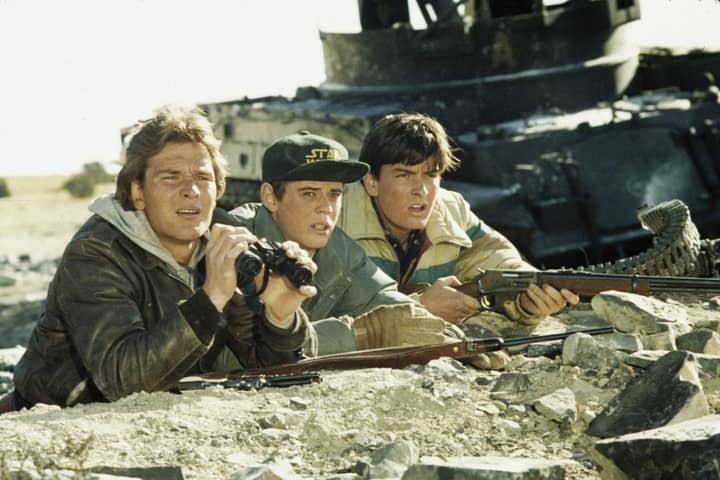 While Reagan and a succession of Soviet leaders negotiated nuclear disarmament treaties, even Rocky confronted the red menace in Rocky IV, avenging the death of Apollo Creed by triumphantly defeating Drago, the Red Menace in the flesh. The real fear, of course, was that the whole concept of MAD (mutually assured destruction) would not be enough to contain the greater fear of losing to the enemy and the thousands of ICBMs, submarine-based missiles, and bomber fleets would engage and destroy the world five times over. The Reagan-era “Star Wars” program of satellite defense was provocative as potentially altering the balance of power. If the USA could stop Soviet ICBMs mid-flight, why would the USA not strike first, knowing it could survive the worst effects?

Twilight: 2000‘s setting presents a world that went down the path of nuclear holocaust, fitting in perfectly with the fears and angst of those times. The tweak it makes to the MAD scenario is that the world inches across the threshold into a nuclear holocaust. The game also demonstrates some of the challenges of dealing with a franchise where actual events catch up with the timeline in the game.

The game has three officially published versions. The first two were by GDW and are referenced as v1 and v2.2. A third version, called Twilight: 2013 published by 93 Game Studio in 2008, I will not cover here. Free League Publishing, creators of the Alien RPG, has just announced they are publishing a Fourth Edition to be titled Twilight: 2000. 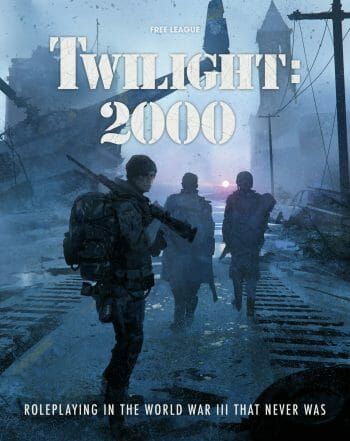 The game takes as its starting place the world of the mid-1980s and speculates on how that eventually turns into a war in the late 1990s. The USSR and Warsaw Pact are very much still in place. After a number of border skirmishes, the Soviets invade China. A series of decisions and opportunities leads to a wider war that rips NATO apart (France, Belgium, Greece, and Italy all drop out — the latter two becoming hostile opponents). As West German, American, and British troops advance into Poland and approach the USSR, the first of the nuclear weapons is used to vaporize the invaders. Several nations use small tactical nukes (small only in the sense of size for a nuclear weapon) in retaliation and for similar purposes. 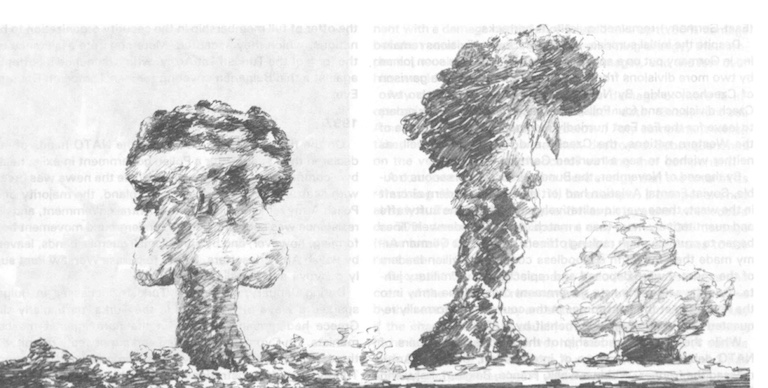 The nuclear Armageddon of mass ICBM, submarine, and bombers is not achieved through a massive first strike and counter strike. Rather, the world inches across the threshold, realizing only too late they have done so. The military remains in 2000 one of the few coherent, organized, and effective societal structures, though some countries like France retain a stronger central government.

The initial set up for the players of Twilight: 2000 is that they are part of the US Army 5th Division, which has launched a summer offensive deep into Poland to help secure fishing access along the Baltic coast. This offensive goes poorly, and the 5th Division’s commander offers a chilling final order, “Good luck. You’re on your own.” The player’s characters are left to fend for themselves, stranded in Poland among enemies, neutrals, and probably a few friendlies.

This is a wonderful sandbox game — a game where the players determine what to do. Do they want to return to the US? If so, how? Do they want to carve out a niche for themselves in Poland and somehow survive? Are they finally ready to visit the Greek islands and escaping the war forever? 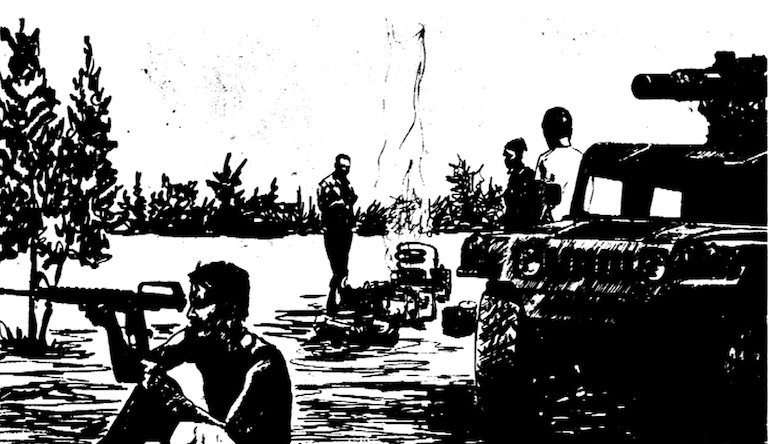 The game used rules that trended to simulationist, though I might call it survivalist in today’s age. V1 used a percentage mechanic (i.e., you have a 40% chance of succeeding, so roll two d10s and try to get under 40) with lots of rules around foraging for food, scrounging for ammunition, dealing with diseases. Distilling your own methanol for fuel.

The world is not quite post-apocalyptic yet… the characters are in the midst of that transition, and surviving will not be an easy feat. The rules also include recoil, indirect fire from artillery or mortars, hit location — including if your helmet is Kevlar or steel and the difference in coverage (rolling a 1-3 and wearing a steel helmet meant you were hit in the helmet; the roll for the Kevlar helmet was 1-4). Dozens of small arms and vehicles with minor detail variations but with potential consequences to damage if the hit in the correct location.

In my campaigns, we tracked fuel consumption, ammo, and food meticulously, and these are often the driver of the adventures — the need to secure life’s basics to pursue a goal. 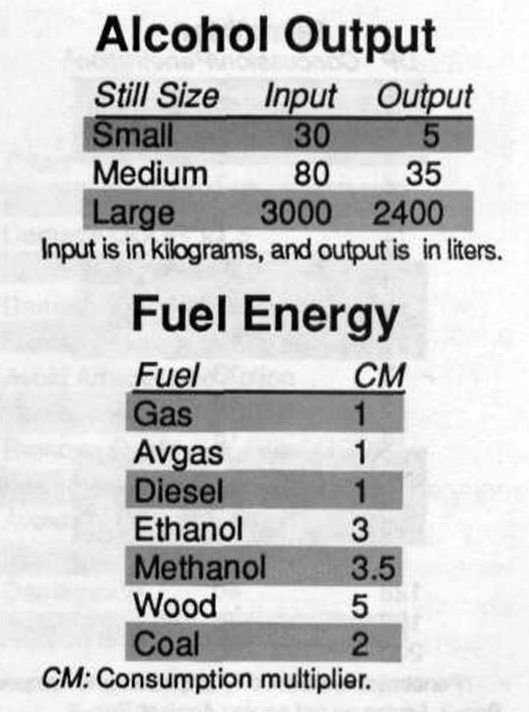 In many regards, the game approaches squad-level miniature war gaming, but without requiring the use of miniatures or markers for the troops — though the game very much encouraged the use of maps simply to know where cover was and track range and unit spacing.

Depending on the situation, panic has to be rolled for. Knockdown rules exist for any level of damage over the character’s Agility statistic in damage. Concussion and blast effects are detailed. A whole section is devoted to indirect fire and using forward observing to bring the artillery closer and closer to its target. While hit points tend to be greater than in dedicated war games, characters still begin feeling affects of injuries quickly — assuming they are not hit in the head and chest and subject to Quick Kill rules. 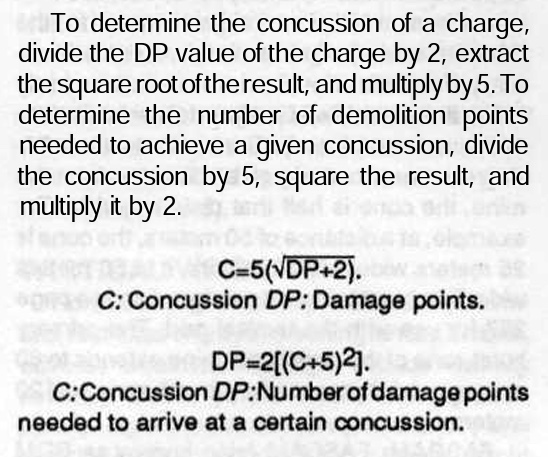 The v2 (1990) and v2.2 (1993, after the fall of the Berlin Wall) rules altered both the basic mechanic and timeline. While the timeline ends up at the same place, the starting point differs. The Iron Curtain does begin to crumble, but instead of the 1991 coup that attempted to oust Gorbachev by hardline communists failing, it succeeds and the Soviet Union remains. The game mechanics keep their florid attention to minutiae and the survivalist strategies but adopt the GDW house rule system using d20 (it was the same base rule set for Traveller: The New Era and Dark Conspiracy).

The d20 system was straightforward: attribute and skill are added together for a total (called the Asset). Difficulty of the task is expressed in modifying that Asset and rolling under that number. For example, an Easy task requires taking the Asset, multiplying it by 4, and then rolling under that number using a d20 die. A Difficult task is the raw Asset set as the target number. An Impossible task is taking that Asset and dividing it by 4 before rolling. 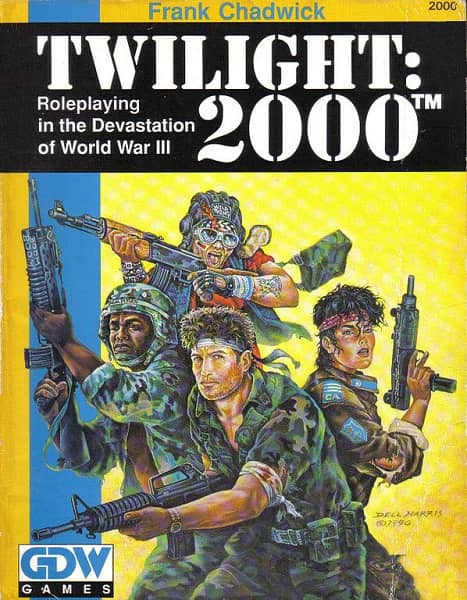 In the community that still plays the game, you see a lot of people (and this includes me) using the v1 timeline but the v2.2 rules. I think this is so because many experienced the 1980s with the USSR still the mighty power and not the diminished one after the fall of the Berlin Wall and its fate was sealed.

This highlights one of the challenges of Twilight: 2000 and games that use near-term setting. One of the perils is that the setting quickly becomes misaligned from historical and technological realities. I’m sure you’ve seen some of the memes about how 2019 was the year that Blade Runner takes place and where are our flying cars? Cyberpunk 2020 is… well… set in 2020. Clearly much of the future depicted by that game published in 1990 did not come to pass. This is even more extreme with Twilight: 2000 because — well — we never had the nuclear holocaust its setting requires. 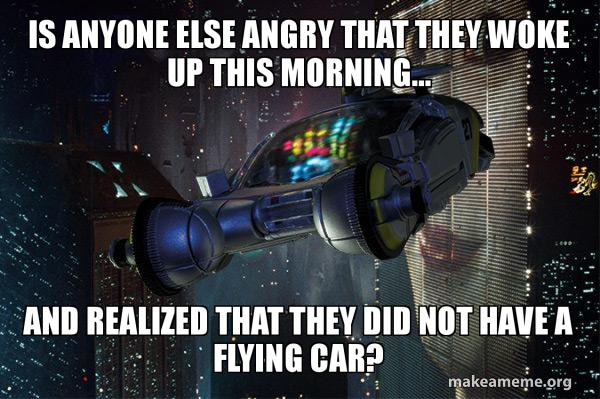 While the makers of Cyperpunk 2020 embraced the alternative history of their setting, leaving it intact for the upcoming Cyperpunk RED, the second edition of Twilight: 2000 updated to current events (at the time) as noted. Interestingly, Free League Publishing in their statements have indicated keeping to the second edition timeline — thereby embracing one of the alternate histories.

I think this is a smart move (albeit, in my games, I’ll likely still keep to the original setting depiction of events) — but I think this is also possible because that alternate history is now two decades behind us. For Twilight: 2000, this mainly manifests itself in the history. With Twilight: 2000’s military themes, updating the vehicles and equipment will happen, but without necessarily undermining the core mechanics — and one can always use the war to explain and rationalize why GPS and mobile phones do not work.

Twilight: 2000 is an artifact of the Cold War, containing within its bounds the fears of the western alliances about the Soviet Union and the countries under its dominance. While the game is an embrace of nostalgia for many of us, it still presents a fascinating and interesting setting to explore for a role-playing game.

I’m picking it back up again because I’m interested in the setting and playing a game with those survivalist and crunchy mechanics, though I am hopeful that Free League updates the rules in a way that preserves much of the crunch (heck, maybe just a better organization allows keeping the crunch while removing the need to search for rules that you can’t remember).

The game certainly is not for everyone. Those who do not want to track daily food intake and how much methanol they are consuming versus producing may find little appeal. However, that is not the only way to approach the game. I would encourage folks to investigate it for its sandbox setting and the interesting stories that can be told when society is in the process of crumbling and you are stranded far away from all that is familiar. In Twilight: 2000, the characters can forge their own future, and to me, that is the magic of the game — its promise of hope in a gritty, dangerous, breaking and broken world. 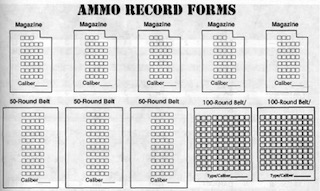 Patrick Kanouse encountered Traveller and Star Frontiers in the early 1980s, which he then subjected his brother to many games of. Outside of RPGs, he is a fiction writer, avid tabletop roleplaying game master, and new convert to war gaming. His last post for Black Gate was The Mechanics of a Post-Apocalyptic World: Degenesis Rebirth and the KatharSys. You can check out his ongoing, play-by-post, referee-less Traveller game at basiliskstation.blogspot.com. Twitter: @patrickkanouse. Facebook: facebook.com/patrickkanouse

I loved “Free City of Krakow” back in the day. A good sandbox always fascinates me.