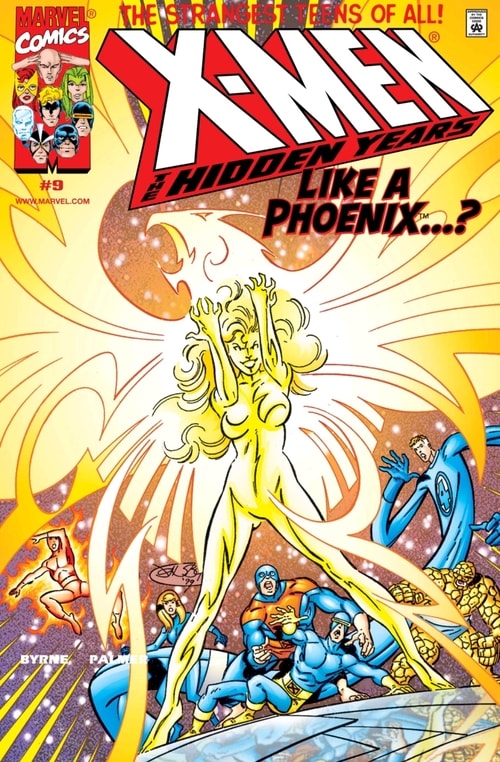 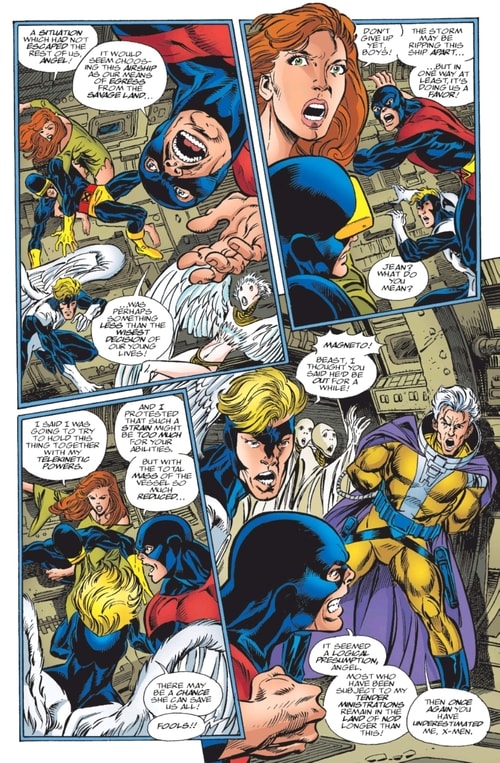 What are the generalized problems I have with this series? Most are stylistic. By 2000, the style of writing was already more sparse, more concise. Byrne cut his teeth as an artist in the mid-1970s and as an acclaimed writer of Fantastic Four and Alpha Flight in the early 1980s, so his writing style is marked by that era. That means is that Hidden Years feels antique with lots of expository and over-explainy thought bubbles and word balloons that crowd each page. 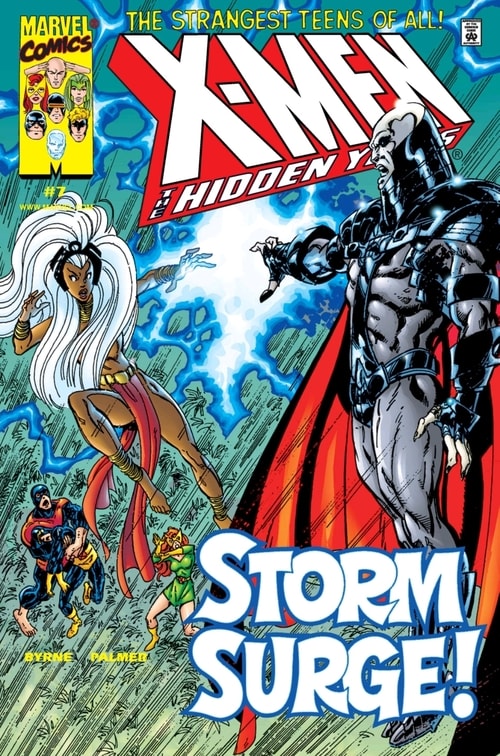 Secondly, something wasn’t coming into focus for me. The villains and opponents and dramatic forces were all good — there should have been tension and stakes. Whereas there was a lot of heart and emotion in X-Men: First Class (links to posts II and III are below), the motivations and real feeling behind what the characters seemed to be slippery. A lot of the character conflict came from characters acting in ways that made story easy for the writer rather than giving authenticity to the reader.

I know that sounds like I’m maybe holding comics to too high a standard, but the Marvel Bronze Age and early 1980s gave us some very powerful writing with many Claremont-scripted X-Men or Miller-scripted Daredevil stories, so they were certainly were part of the artform by 2000. The thing is, I feel that Byrne was telling Silver Age stories with the tools of the year 2000 — great art, high production values, much action and busyness, but with more cleverness and coincidence than heart and logic.

At the same time, there are gems in here.

The original X-Men meet Storm as a young teen. The adventure has a bit of a insecure villain with a directionless grudge, but it’s fun to see the X-Men interacting with young Ororo. 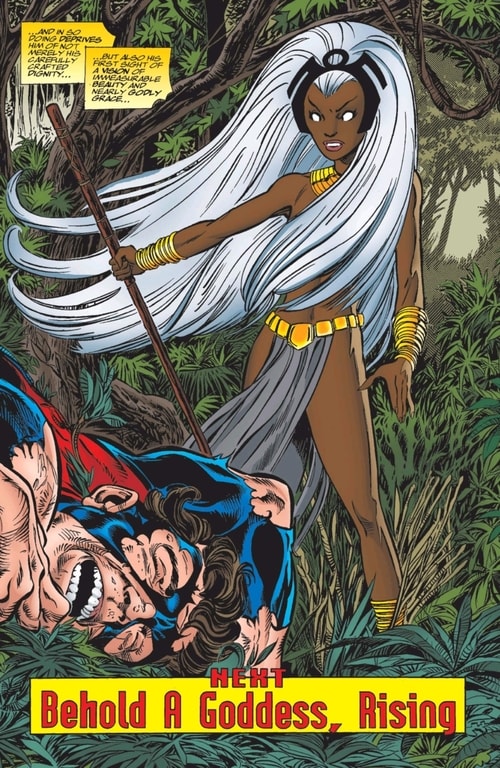 The original X-Men team up with the Fantastic Four to go after the Z’Nox in a sprawling 2-part space opera to confront a danger left over from the almost-Z’Nox invasion. 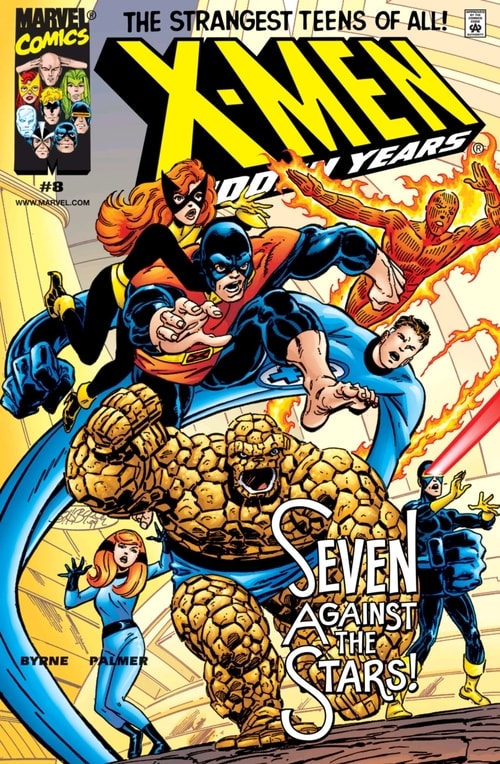 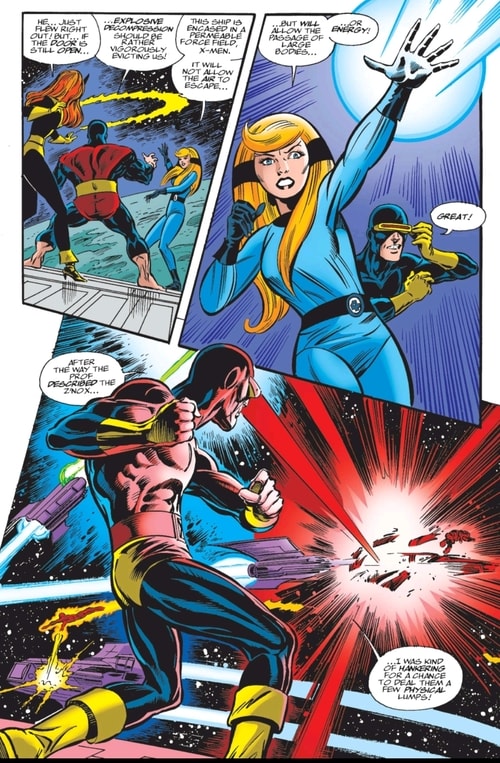 And they have a tantalizing encounter with the Phoenix Force, something which every reader knows is a defining landmark not just in the X-Men, but is a high-water mark and capstone ending the Bronze Age. Byrne handles this tantalizing foreshadowing quite well in-story so that he doesn’t change the interpretation of anything that happens in the legendary Uncanny X-Men #101-#137 run. 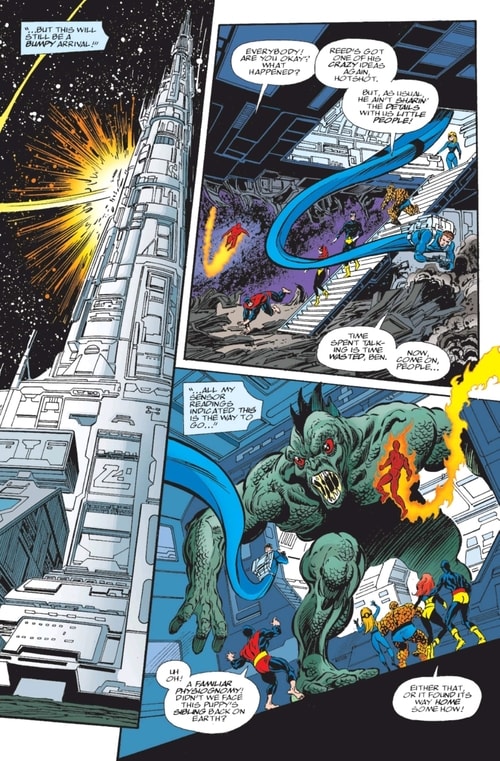 And of course, there is the slow-play of the Iceman-Havok-Polaris-Sauron-Ka-Zar story revealing itself in the Savage Land, and the Candy Southern subplot. Depending on your read, the Candy Southern story can hit you as mysterious and fascinating or  needlessly Rube Golberg-level complicated. Havok, Polaris and Iceman of course are some of the characters I most wanted to see move of because they had so little panel time in the new X-Men era until issues post-#200. 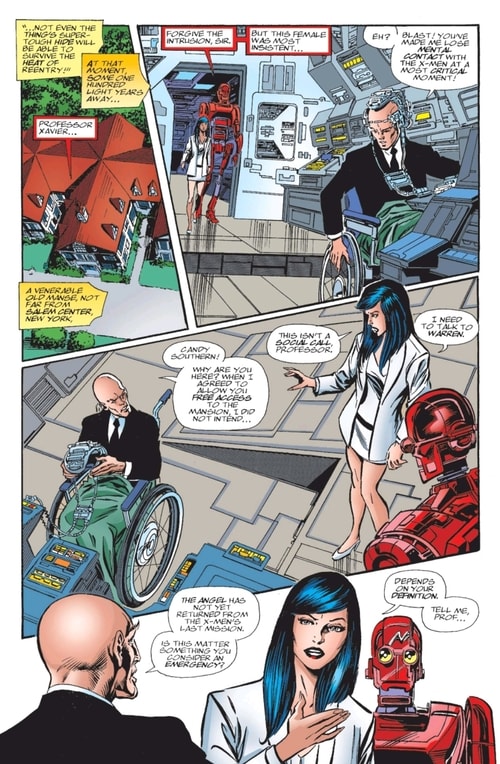 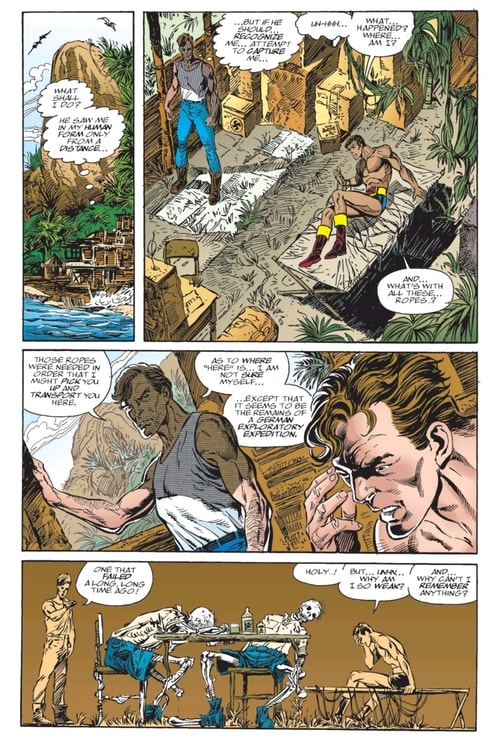 So, if you’ve enjoyed the Hidden Years up until now, or you’ve got it included in a Marvel Unlimited subscription, I would say check out the rest of the series. I think the gems outweigh the flaws, which are more about easy author choices than anything really wrong with the series. But as far as my ongoing blogging, I’m going to leave the Hidden Years now and get back to the Bronze Age X-Men soon. I really want to get to Hank McCoy’s amazing adventures in horror as he becomes the hero of a monster story!

Derek Künsken writes science fiction in Gatineau, Québec. His first novel, The Quantum Magician, a space opera heist, was a finalist for the Locus, Aurora and Chinese Nebula awards. Its sequel, The Quantum Garden is on sale now. His third novel, The House of Styx, is running in Analog Science Fiction and Fact right now and Solaris Books will be releasing the audio and ebook editions in August (pre-order link), 2020 in advance of the hardcover release in April, 2021. He also has a novella in the Jul/Aug, 2020 issue of Asimov’s Science Fiction called “Tool Use by the Humans of Danzhai County.”