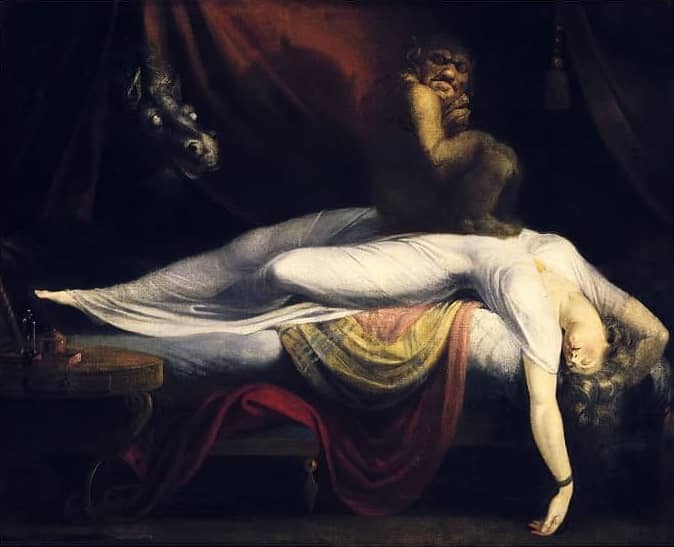 Horror is a reflection of its times.

All story-telling is: you can read the words of any time and find its birthday stamped in all its pages. Jane Austen couldn’t write a Renaissance novel, Hemingway didn’t write regency fiction, and Shakespeare couldn’t write in the sparse, bare bones prose that Hemingway did.

But horror is rather specifically tied to its own moment. When it works, it grows out of not just an individual’s fear but the atmospheric fear of an age.

Every generation of Horror has its own kind of terroir (a term from wine making that means the taste-remnants of every factor that goes into a bottle, from sun to rain to the trace minerals in the soil to the specific woods in the barrel a vintner uses). Frankenstein is stamped with Mary Shelley’s own biography (the loss of her children, her strained and strange relationship with her father and the ghost of her mother), but also a Romantic-era tension between technology and nature, Humanism and the ideas of divinity. Dracula is most obviously steeped in Edwardian era anxiety about sexuality, women’s role in society, and how rapid social changes are affecting both. 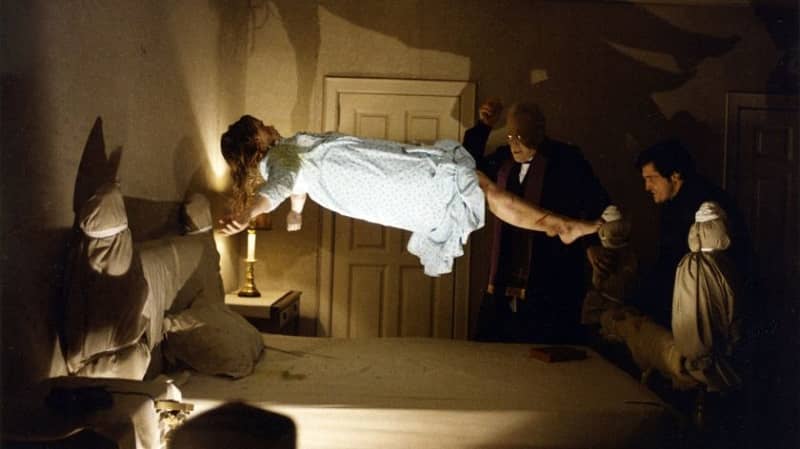 The Exorcist is still a movie that many people describe as the scariest thing they’ve ever seen: it’s profoundly effective. But it grew out of a particular moment of intergenerational tension, one in which nice upper middle class families had their children suddenly turn into unrecognizable creatures. Probably with less pea soup involved, sure, but the swearing and rapid personality change was a hint.

Stephen King dedicates an entire book to the subject of horror in the middle of the twentieth century: Danse Macabre is my favorite work by King (and I loved The Stand). He lets us behind the curtain and plays professor for a few hundred pages, and it’s good stuff. Most relevant to my point today, he argues compellingly that much of the alien invasion horror of the 1950s and 1960s is fueled by the Cold War. He also details the ways in which our conflicting attitudes towards science and technology alternate throughout post-atomic fear and the space race, as scientists represent both our salvation and the likely cause of our destruction.

Now, let’s turn back to good old Dracula for a minute. As I said, Stoker’s work has a lot of angst about gender and sexuality in it. But it’s also about ideas of contagion. There has been a lot of speculation about Stoker having syphilis: we will never actually know and it really doesn’t matter. The point is that he lived in an era of considerable anxiety about infection, moral purity, and the ways that infection could be obtained and then passed along to “the innocent” — that is to say, caught from illicit affairs by men and then carried home to wives or passed in to children via congenital infection. It’s also steeped in a kind of thinly veiled and barely sublimated queer eroticism, a fact that makes even more sense when one discovers that Oscar Wilde was a very close friend of Stoker’s and that Dracula was penned after Wilde’s imprisonment.

It’s no surprise, then, that The Vampire saw tremendous resurgence in the late 1980s and into the 90s. HIV and AIDS gave an even greater urgency and immediacy to stories about cursed beings whose existence was tied up in sex and blood. The focus in that era was even more on the Vampire as either the libertine (a la Lestat) or the tormented, self-loathing brooder (Louis, in Anne Rice, but oh, if only he were the last). These also were central stereotypes of gay men well into the present day: you have self-loathing gay men who ‘just don’t know how to quit you’, and loud, raucous, flamboyant figures who just don’t give a damn. It’s the kind of smearing together of portrayals that gets more and more gross the longer you look at it. But for all it’s built on terrible stereotypes, it’s also a snapshot of a moment’s collective unconscious, the struggling of a large culture with competing narratives in the face of a massive tragedy.

Post-9/11 we saw another hard turn in the horror market. This time it was towards the dystopian, the post apocalyptic, and the Zombified. Watching the towers fall became a national trauma, one that left a deep scar in our collective psyche. Many people were made acutely aware of how tenuous society is and how suddenly it can be disrupted. The rise of the “Security State” also made us aware of how easily a government could (and sometimes would) take greater and more invasive control over the daily lives of its citizens. The Y2K panic, Katrina, and other infrastructure failures meant that many Westerners were suddenly questioning what – If any – part of our culture was built on a solid foundation. 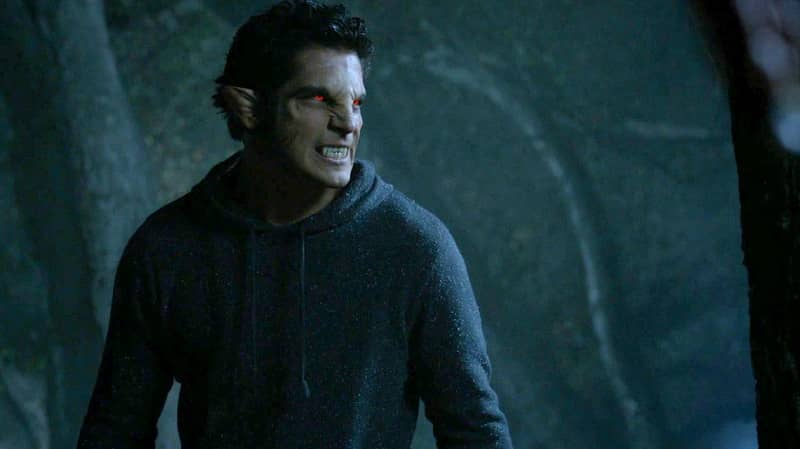 So we see the rise of stories like The Hunger Games, The Walking Dead, The 100. Former monsters become heroes in a lot of fiction: werewolves become powerful survivors in shows like Teen Wolf, a kind of reclamation of both ties to nature and a strength they all humans could have if they were freed from the constraints of modern, civilized society.

So I have been thinking of all of this, in the free time I now suddenly have far too much of. I’m currently writing this at home in Madison, WI. A home I haven’t left except for a weekly grocery pickup for a month. I’m profoundly lucky: my official job title was already “stay at home parent and writer,” my husband has a job that easily transitioned to remote work, and Madison is, as yet, seeing only a handful of deaths from COVID-19.

But the fear is palpable, and it’s affecting everyone to one degree or another. Many people have already posted on social media that they watch older tv and get anxious to see so many people so close together. Others have posted that they intend to buy chest freezers and start storing larger meat supplies when stores are sufficiently stocked again. Myself? After laughing for years at my grandmother’s stash of sewing remnants, I burst into tears when I realized that I COULD make face masks after all: she had left a mountain of bias tape that could be used for straps in place of the elastic that can’t be found.

In other words, this is precisely the kind of scenario that produces horror stories that will be recognized for decades as coming from the moment. But what will it look like?

What monster will Coronavirus be? Probably not a virus: we don’t like direct parallels like that. Does our collective xenophobia get turned into an alien invader? Is it the body snatcher that hides among us, or the predator that stalks through the woods at night? Will the vampire lose his glitter and his leather pants and become truly terrifying again?

Maybe it will be like The Blob, something that grows exponentially as it feeds. Or the Kaiju, something that begins far away and hunts closer and closer, growing as it nears. Maybe one of the old Fae terrors, something that steals your breath in your sleep. 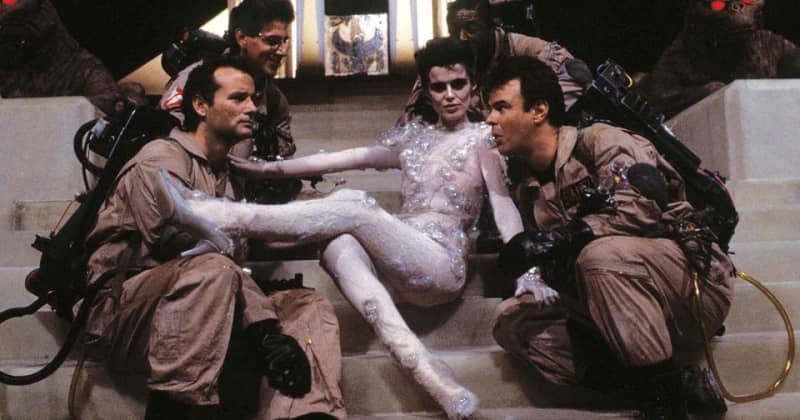 It will take time and distance to know. This isn’t Ghostbusters: the form our current fears take won’t instantly appear before us. Which is almost a pity: it would feel conquerable then. When we can face a monster we can dream up its defeat.

But since Gozer the Gozerian isn’t here to make our nightmares any more true, we can speculate. How do you see this era taking shape in horror? What will the next five years of horror look like?

Elizabeth Cady is a Classicist, geek, writer, and stay at home mom who is currently adding new meaning to the term “stay at home.” A native of Bloomington, IN, she then moved to Madison, WI to pursue a degree but was ensnared by the plentiful supply of good beer and cheese. Long winters and graduate school drove her into elaborate fantasy worlds populated by imaginary friends, whose lives are so ridiculous she had to start writing them down. The first volume of those adventures, already available as a serial on stormandash.com, is forthcoming. Elizabeth’s last article for Black Gate was a review of Upside-down Magic by Sarah Mlynowski, Lauren Myracle, and Emily Jenkins.