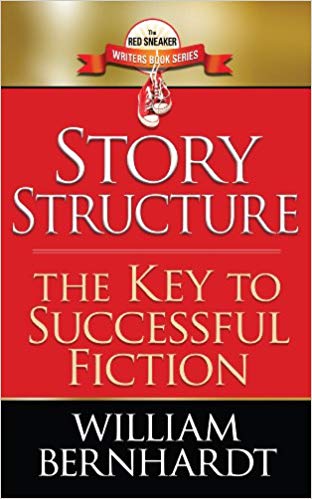 I started reading William Bernhardt’s Ben Kincaid books back in the mid-nineties. I seem to recall I went on a ‘lawyer’ kick and read him, Steve Martini, and Robert K. Tannenbaum. But years later, Bernhardt made a bigger impact on me with his Red Sneaker Writers series. These slim volumes with the brightly attractive covers, are jam-packed with great writing advice. The first book I read was on Story Structure, and I think it’s still my favorite. Though every one has been both interesting to read and thought-provoking. If I ever get my act together, I’ll add “taught me a lot.”

I’ve read through a couple of them more than once, making notes ( I CANNOT highlight a physical book. I’m incapable of it). Last year, I decided to be a little more systematic and I went through EVERY title, be it Theme, Plot, Character – all of them: and I outlined the key points in each chapter. I printed them all out and have a very cool binder. Which, if I ever actually sit down and write a novel, will be of great use.

I sent one of the outlines to him, telling him that I’d like to include it in a Black Gate post, promoting the series. He kindly granted his permission. So, here we are.

I’m fortunate that many actual, real, Writers (note the capital ‘W’) with books you can buy on Amazon, or at bookstores (if you can find one that is still in business) are friends of mine. And they are FAR more qualified than I am to talk abut writing advice. I think I hold my own as a Black Gate blogger, and there are worse Sherlock Holmes short stories out there than mine (And certainly better ones!). But I’ve got two unfinished novels, which doesn’t mean squat.

But I’ve read a lot of books on writing – fiction and screenplays. And I’ve come across a lot of useful ideas, suggestions, thoughts, and advice, from folks such as Lawrence Block, Tony Hillerman, William Martell, Syd Field, Robert Randisi, Chris Vogler (though I’m more apt to go to the original source material from Joseph Campbell), and James Scott Bell – to name a few without actually looking at my bookshelves. There are quite a few more, but my education would be incomplete without the Red Sneaker Writers books from Bernhardt. He writes in a clear, amusing, understandable, useful, manner. I can’t imagine not picking up at least something from each book. And I think you’re going to learn more than that.

Each chapter ends with a couple Highlights, which I think of as Key Points. An also a couple of exercises to help you move forward. For each book, I took all the Key Points and turned them into an outline. And I spaced them out, so that I can write notes and comments in them. I’m pretty pleased with myself!

So what follows is my outline for Story Structure: The Key to Successful Fiction. Of course, reading the book is much better, but what I wanted to do with this post was give you an idea of what one of the books contains. And what you can learn from it. I like Bernhardt’s tone, and sense of humor. Which makes learning easier for me. Except that I’m so thick-headed…

So, go ahead and read on through this outline. And check out all the books at his webpage. Plus his other works, of course! You can subscribe to his free Red Sneaker Writers newsletter. I have all of the books in paperback, and they’re worth $7.99 each. The ebooks are $3.99 and I HIGHLY suggest finding one or two that you want to check out and giving them a try. For me, Story Structure, and Character, are the two more ‘foundational’ books, with the others allowing you to build more blocks on the foundation. But you can start anywhere.

I – WHAT IS STRUCTURE

1 – An understanding of story structure is critical to writing a first-rate novel.

2 – There is nothing with planning your story before writing it. Most of the best novelists do it.

3 – Structure can help you grapple with the seeming immensity of a novel. 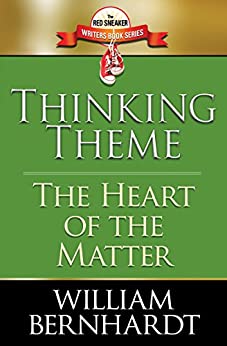 1 – Structure is the selection of events from characters’ lives strategically arranged to serve the writer’s purpose.

2 – you should know the lives of your main characters from cradle to grave.

3 – In addition to telling a good story, a writer’s secondary goal is to stir ideas or emotions in the reader.

1 – An Act is a series of scenes and sequences culminating in a major turning point in a protagonist’s life.

2 – The three-act structure is a good fundamental framework for storytelling – but you can have more acts in the middle, depending upon the projected length of your book.

3 – Adding turning points in the key places gives your story a sense of acceleration so the reader feels propelled from one page to the next.

1 – The inciting incident radically upsets the protagonist’s life and instigates the journey to the ultimate goal or desire.

2 – The inciting incident must personally and directly impact the protagonist.

3 – The inciting incident sets the fictional world into chaos. The rest of the book is about restoring order.

4 – The inciting incident usually should occur in the first twenty pages.

1 – The inciting incident leads directly and inevitably to the climax.

2 – The climax is a sequence that results in a final resolution to the protagonist’s quest and a dramatic, permanent change.

3 – The climax should be the biggest and most dramatic scene in the book.

5 – Most books benefit from having some denouement, however brief, after the main conflict has been resolved in the climax.

1 – A scene portrays an event that changes a character’s situation in a meaningful way.

2 – These changes in a character’s life are achieved through conflict.

3 – In every scene there must be; an event, leading to change, produced by conflict.

4 – Beats are exchanges between two characters, typically actions and reactions, that create the meaningful change of the scene.

5 – A sequence is a series of related scenes that combine to form a passage of greater impact than the individual scenes.

6 – Multiple viewpoints can increase the suspense.

VII – PUTTING IT ALL TOGETHER 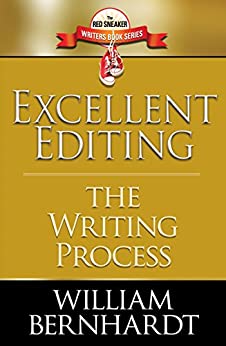 1 – What is the Inciting Incident? Does it take too long to get to it? What does it create?

2 – How does the Inciting Incident directly relate to the Climax?

3 – What problem does the Inciting Incident create for the protagonist?

4 – What problem does the Inciting Incident create for the antagonist?

5 – What obstacles or points-of-no-return will the protagonist face? What is the worst possible thing that could happen to your character? How many times does it happen? How do the challenges test them?

6 – What subplots sustain or complement the main conflict?

7 – What major plot point signal the end of each act?

8 – What causes the reader to become increasingly engaged in the story and fascinated by the characters.

9 – What causes the reader to care more about or identify more with the protagonist?

10 – Will the readers feel thee acceleration of the plot in the final act?

11 – What is the climactic sequence? Is it big or important enough to justify the journey to get to it?

12 – What idea does the story ultimately suggest to its readers? What emotional impact will this story have on readers?

2 – Count out sixty index cards. Arrange them in three piles – two piles of fifteen, and one pile of thirty.

3 – Briefly describe the event that will occur in each scene.

1 – Classical storytelling involves an active protagonist who struggles against the opposing forces to achieve an important goal in linear time leading to a conclusive resolution.

2 – Your story could have multiple protagonists – but it’s probably not a good idea.

3 – Don’t mess with linear time unless you have a good reason. Most stories are best served by being told in chronological order.

His ‘The Public Life of Sherlock Holmes’ column ran every Monday morning at Black Gate  from March, 2014 through March, 2017 (still making an occasional return appearance).

Whenever I’m critiquing a ms, and the story just doesn’t work, it’s painfully obvious the writer failed to create such an overview of the story. It truly is essential.