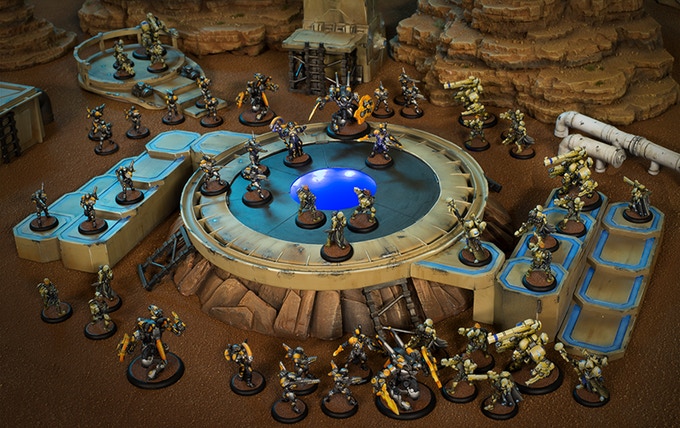 I recently covered some of the new storyline that is coming out for the main product line of Privateer Press, the Iron Kingdoms fantasy setting that is used for their Warmachine and Hordes miniature war games. Part of the impact of that storyline (unrolling through microfiction at the @HengeHoldScroll Twitter feed) is that some denizens from the Iron Kingdoms are escaping, guided by the clockwork god Cyriss, through a portal into another universe.

Fast forward five thousand years, and the Cyriss universe is populated by humans, who have gained dominance over the native Architect and Guardians of the Cyriss galaxy. The overwhelming governmental and military power in the universe is the draconian Iron Star Alliance, who constantly finds themselves in conflict with the independent Marcher Worlds and the shadowy cult-dominated Aeternus Continuum, through a new miniature science fantasy wargame, Warcaster: Neo-Mechanika, now available on Kickstarter and fully backed within just a few hours.

Warmachine has warcasters, as the main leader model in an army, who commands the giant mechanized warjacks, and channels magical focus to empower them. One major difference in Warcaster is that the warcaster isn’t a model on a table, but a distant commander, jacked into a command ship (called a rack) in orbit over the battle. You, in other words, are the warcaster, and you can wield the power of Arcanessence, or Arc, to empower not only the warjacks on the battlefield, but any of the units under your command, through their augmented neo-mechanika armor and weapons.

In other words, in Warcaster you can’t obtain victory by killing one uniquely-important model on the battlefield. And that isn’t the only difference … 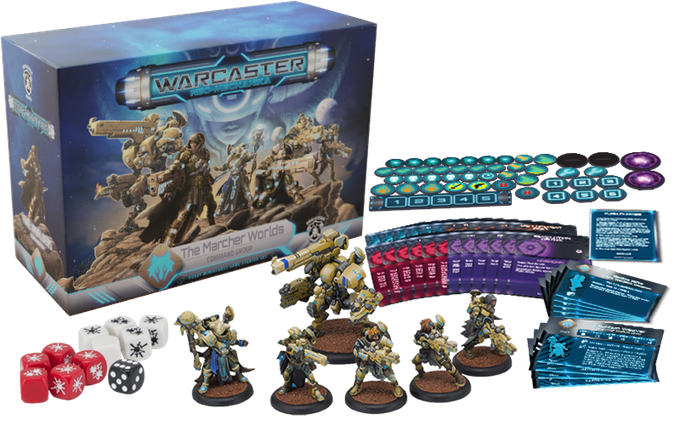 Here are just a handful of the differences, other than the science fiction aesthetic, that apply in this new game:

The Kickstarter projects delivery of Iron Star Alliance and Marcher Worlds models this July, with the Aeternus Continuum rolling out in August. A Wave 3 release of individual heroes is slated for September, and the heavy warjacks for each faction should be delivered in October, rounding out the current slate of Kickstarter goals. The stretch goals thus far look to be mostly focused on upgrading the quality of materials – for example, their first stretch goal was to allow them to upgrade to biodegradable paper boxes rather than the usual plastic blisters – than adding new models into the roster, although there are some variant sculpts of existing models on the stretch goal horizon already.

The Warcaster Kickstarter ends in the early-morning hours of Saturday, March 21. You can learn more at their Kickstarter page, of course, including watching a Staff Showdown video where the developer demonstrates basic play of the game. The Warcaster webpage has more information on the setting, as well as on the various factions. 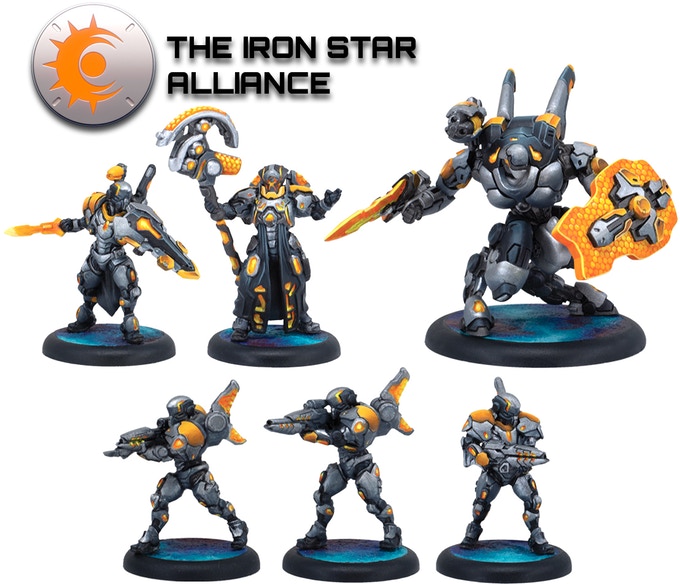