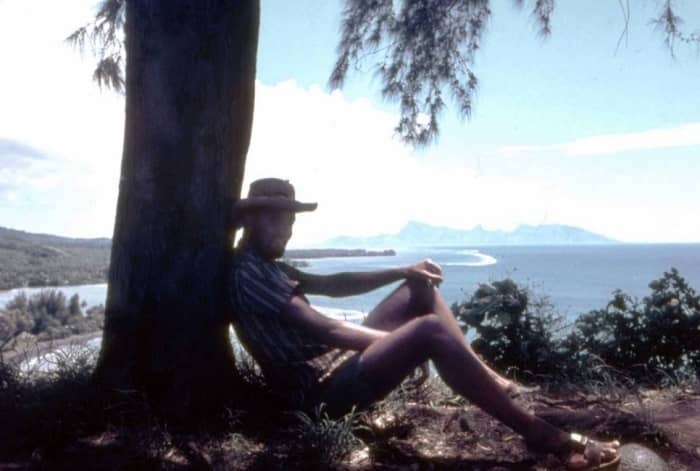 My previous article about the 1973 Ditmars covered the winner for Best Australian Fiction, “Let it Ring!”, by “John Ossian.” That story was written in part in support of the bid for an Australian Worldcon to be held in Melbourne in 1975. That bid was eventually successful.

I was surprised to see that “Let it Ring!” beat out three novels for its award, and I was likewise surprised to see that an obscure movie called Aussie Fan beat out A Clockwork Orange, Slaughterhouse Five, and Tales from the Crypt for the Dramatic Presentation Ditmar. So of course I turned to the experts, people who were in fandom back then, and who know where the bodies are buried.

The great Australian fan (and Ditmar winner on his own) Bruce Gillespie had the answer:

The ‘Aussiefan film’ that won the Best Dramatic Presentation would have been unmissable by anybody attending American SF conventions in 1972 and 1973. John Litchen in Melbourne produced and directed what is essentially a humorous home movie in order to promote the Australia in 75 bid. It ‘stars’ quite a few members of Melbourne fandom, with Paul Stevens as the wascally ‘Anti-fan’ who is determined to wipe out the members of the Aussiecon committee. Malcolm Hunt, who portrays the heroic Aussiefan, disappeared from fandom after his starring role. The film arrived at LACon in 1972, and Jack Chalker (long before he began his writing career) criss-crossed the country, attending a convention almost every weekend from then until Torcon II in 1973, showing the film continually. It was probably the main reason why our bid in 1973 at Torcon was assured before I and about twenty other Australian fans did the presentation (led by Roger Zelazny on the platform) and won the day.

Minnesota-based fan Denny Lien added some details about the reception of Aussie Fan in the US.

Yup.  And when Minneapolis fans first saw it, they twigged a physical resemblance between Paul Stevens (Anti-fan) and myself, which became a small local running joke, culminating in the 1977 MinnSTF musical production Midwest Side Story, in which I played Antifan (who, within the storyline, had won the DUFF race to represent Australia at the 1973 Minneapolis WorldCon.)  I’ll admit to pretty much shoehorning the character into the plot just so I could do that, including inflecting my “singing” and “dancing” on the audience (just the sort of Evial Evil that Antifan *would* glory in, surely). 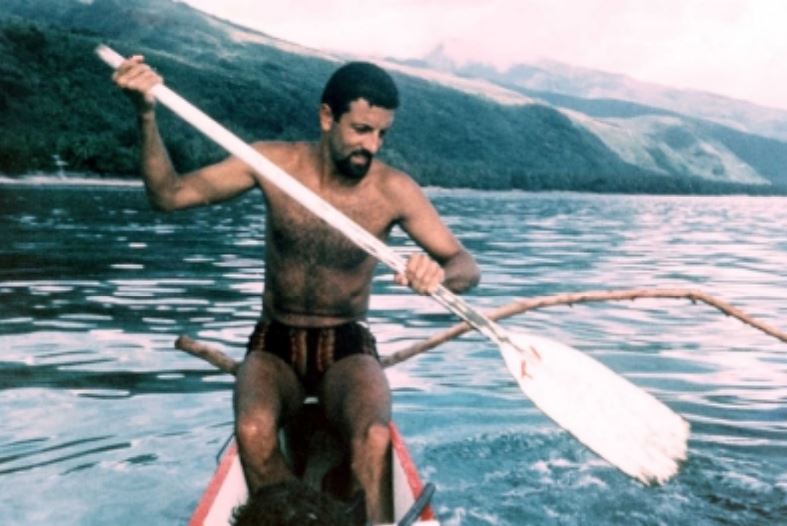 I certainly remember the film — it’s a classic in Worldcon bidding and impressed everyone I knew that Australian fans were fun and fannish.  I don’t think anyone was surprised that it won a Hugo.

I haven’t been able to find any snippets of Aussie Fan on YouTube or anything, so I can’t evaluate it myself. But it looks like it was clever and fun, and it’s easy to see why a voting population of Australian fans awarded the Ditmar to such a wholly fannish project. 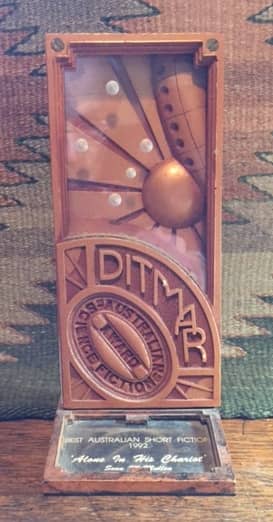 The 1992 Ditmar Award for
“Alone in His Chariot”
by Sean McMullen, designed
by Lewis Morley

A sequel was made in 1980, in support of the bid to have another Australian Worldcon, this time in Sydney in 1983. It was called The Anti-Fan Strikes Back, with Paul Stevens reprising his role as Anti-Fan. Alas, this Worldcon bid was unsuccessful, though the Worldcon did end up returning to Melbourne in 1985 (and again in 1999 and 2010.)

The photos of John Litchen in Tahiti are from the online fanzine Treasure #3, November 2014, edited and published by Bruce Gillespie.

Rich Horton’s last article for us was on the 1973 Ditmar Award winner for Best Australian Fiction: “Let It Ring,” by John Ossian. His website is Strange at Ecbatan. See all of Rich’s Black Gate articles here.