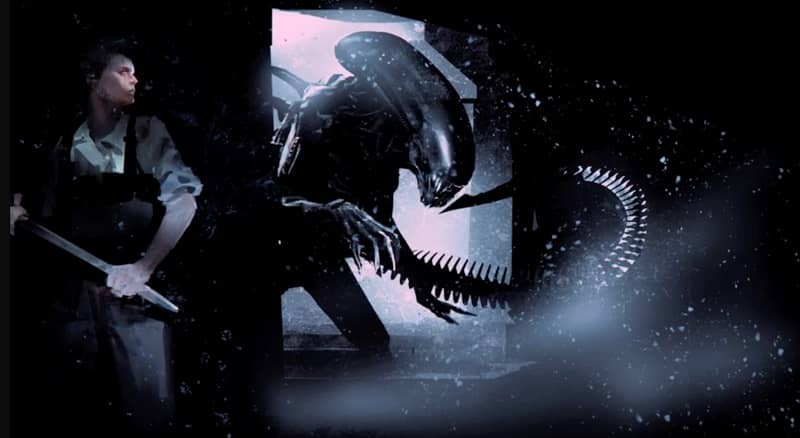 “You don’t beat this thing, Ripley. You can’t. All you can do is refuse to engage. You’ve got to wipe out every trace. Destroy any clue. Stop its infection from spreading. Make sure there’s no chance of the human race ever making contact with it again. Because the moment it makes contact, it’s won.”
―Marlow (from Alien: Isolation)

Sweden’s Fria Ligan has been running up the score in the tabletop role-playing game industry lately with titles like Tales From the Loop and Forbidden Lands. So when I heard they had finessed a license to an RPG set in the Alien universe, I ran down Grandmaster Games in Oak Park and told Charlie to get me EVERYTHING in my best Gary Oldman voice.

The only absolutely necessary items you need to enjoy the game is the Alien: The Roleplaying Game core rulebook, a couple handfulls of assorted six-sided dice, and an ordinary deck of cards. The game itself is simple to understand yet is role-play heavy enough that seasoned gamers will enjoy it. I’ll go a step beyond and say this would be an excellent game for introducing someone who has never played a tabletop roleplaying game to the hobby.

The world is familiar. There are tons of reference points to explain game mechanics like panic (“you know when Lambert just froze up in terror?”) or a character sustaining enough damage that they are broken (“like after Cpl. Hicks got the acid splashed on him…”). You just need six-sided dice of two colors (or two different sizes) and the usual paper and pencils. The mechanics are simple: take your skill at doing something and add the controlling attribute for that skill and roll a number of six sided dice equal to the total. If you get a six, congrats, you succeeded. 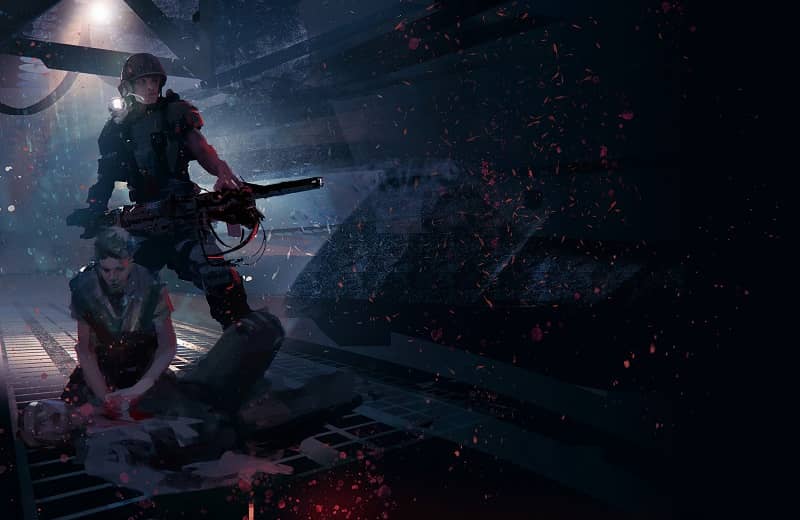 But don’t get bogged down in the mechanics. This is a game designed to put your character concept and agenda first, more Alien than Aliens if you will.

“Outstanding. Now all we need is a deck of cards.”
— Corporal Hicks, USCM, Aliens

The book itself is beautifully organized. Game mechanics are set off by computer-screen data cards, examples and other elaborations are in a vintage CRT-screen font. The book is well-written enough to give me a wry chuckle and a “hmmmm, that’s interesting” here and there. It’s also loaded with, ummm, eggs referencing the Alien mythology. For example, one of the convict survivors of Fiorina-161 (the Alien 3 world) wrote an underground book describing his experience titled Space Beast, which I took to be a nod to the title Star Beast which Roger Corman suggested to Dan O’Bannon in an early version of the screenplay that would become Alien. I noticed there was a system called O’Bannon in the map at the beginning of the rulebook, too. There’s also a “wooden” space station, a reference to an early concept from Alien 3. So it’s a fun read for Alien fanatics.

The first decision a group will have to make is who is the Game Mother (or game MU-TH-UR if you’re a deep cut kind of a person) and who the players will be. The other big decision is whether the game will be “cinematic” or “campaign” — cinematic games will be exceptionally deadly and are designed to be one-shot affairs. Cinematic games tend to have pre-generated characters with their own agenda (your secret goal), buddies and rivals. You always have one of each. Campaign games are supposed to be more survivable. 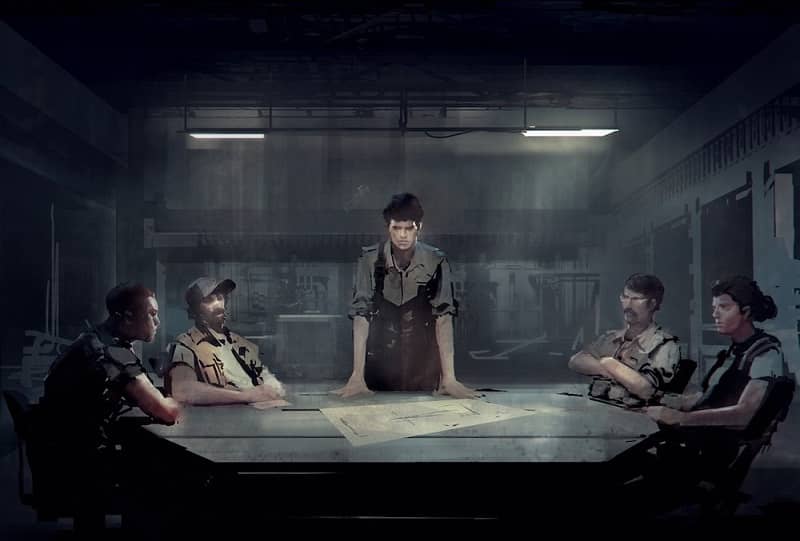 Character generation is fast enough that you would be able to do it and enjoy a decent adventure in about a two-hour session. You wouldn’t want to get too attached to them if you’re playing cinematic. First you decide on a career. Your character is the aforementioned collection of four attributes, twelve possible skills, and talents (unique skills and enhancements depending on your profession). Just about anything you saw in the movies or the Alien Isolation video game is doable. You can play a kid like Newt. You can play an android. You can be a corporate slimeball.

My big worry with the book was that, well, we all know the alien life cycle, right? There’s not much room for horrific reveals, you would think. But the world they’ve built here (set in the 2180s just after the events of Alien 3) has enough going on that a GM doesn’t even to include a Xenomorph encounter every single session in a campaign. There’s enough corporate dystopia, political conflict, androids, cults, science, even stuff like archaeology and law enforcement (I have a soft spot for Alien Isolation’s Outland-style Space Marshals, included in this game) that you could take a break from facehuggers every other session. 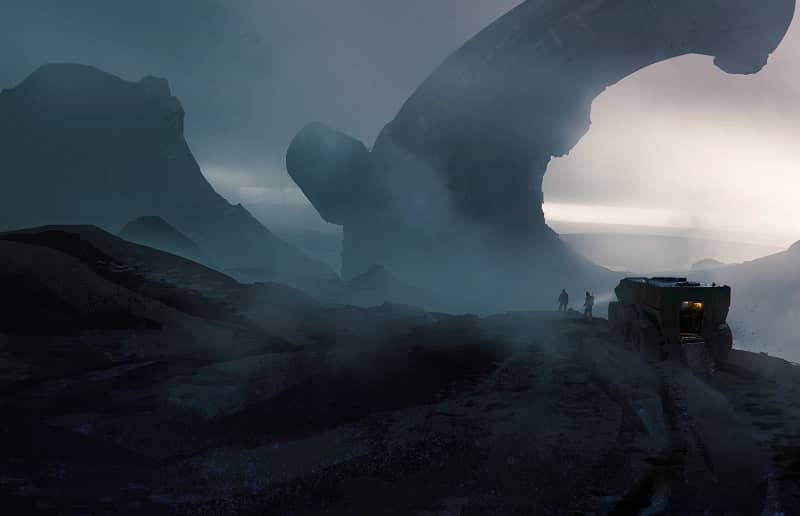 They’ve put in elements from Prometheus and Covenant, and it seems the “black goo” could let you take your creature/body horror elements in all kinds of new directions, as black goo can take over an organism and alter it into a monster. Wherever there are humans, there’ll be rats and cockroaches, right? What happens when they encounter black goo and are altered by it?

One final note on the game book. There’s a starter adventure included, set on LV-426 after the first facehuggers and xenomorphs have shown up but before Ripley and the Marines land. It appears Burke was sure enough of Ripley’s information that the company dispatched a scientific investigation team to see what turned up. The players are colonists, wrench-turners on their way to a distant atmosphere processor when their vehicle broke down growing more and more alarmed at the news out of the colony. The shuttle that brought the company people might be a way to escape…

“You have my sympathies.”
— Ash, Alien 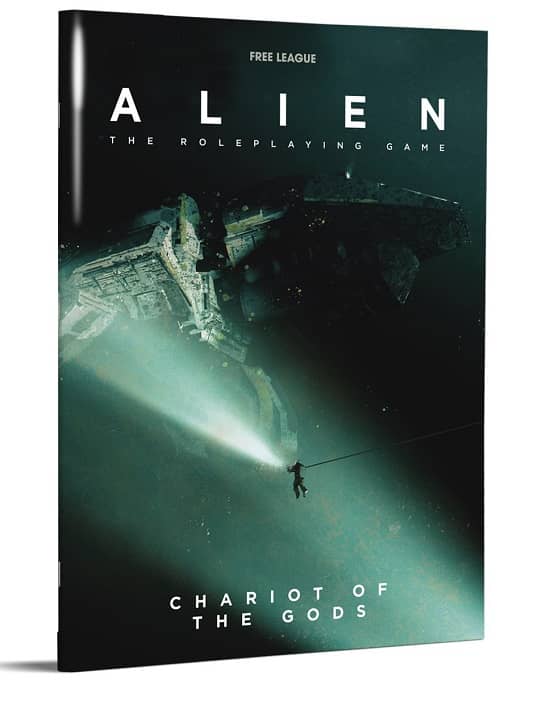 Speaking of adventures, there’s a cinematic adventure available called Chariot of the Gods. It’s Space Truckers encountering a larger derelict vessel in distress. There are survivors on board. It’s an amazing bit of work in that it managed to make some concepts from Prometheus scary, so kudos to Free League and lead writer Andrew E.C. Gaska. I flat-out enjoyed reading it. I would suggest a player group of 3-5 for it. 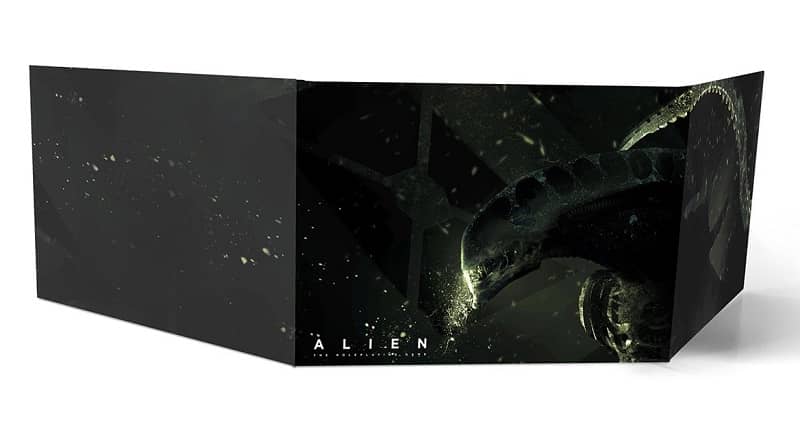 They made a Game Mother’s Screen. The tables on the GM side were well-chosen, but it depends on your budget. 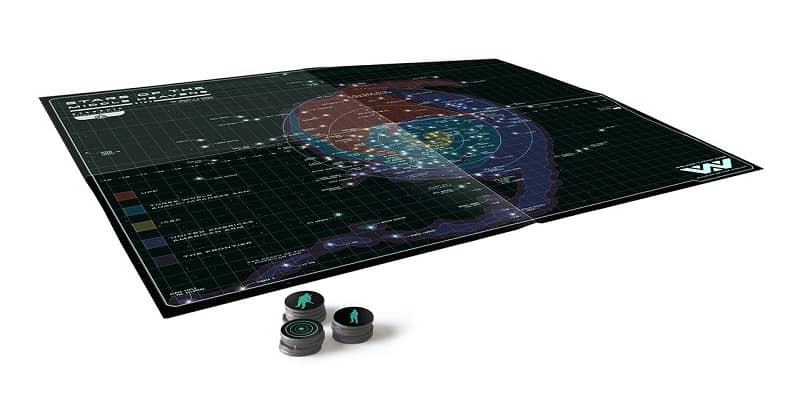 There’s also a Maps and Markers pack available. There’s a printing error here, because the map is described as one side being a full-scale map of charted space (true enough, it’s more readable than the one in the book and there are more named locations) and the other is listed as deck plans for the ship in Chariot of the Gods, but is in fact schematics for Hadley’s Hope on LV-426. That was a good call, because I think there’d be more interest in scenarios involving the colonists from Aliens. How did Newt manage to survive it all? You could play it. The markers are round gamplay tokens for characters, marines, xenomorphs, and starship combat.

There’s a Custom Card Deck, which has equipment cards and initiative cards. Initiative mechanics should be familiar to most people who’ve played a TTRPG before. Here you draw a 1-10 card and that’s when your character acts in combat. Xenos? Hate to break it to you, but they sometimes get multiple draws, allowing one alien to mess up multiple people in a single round of combat. 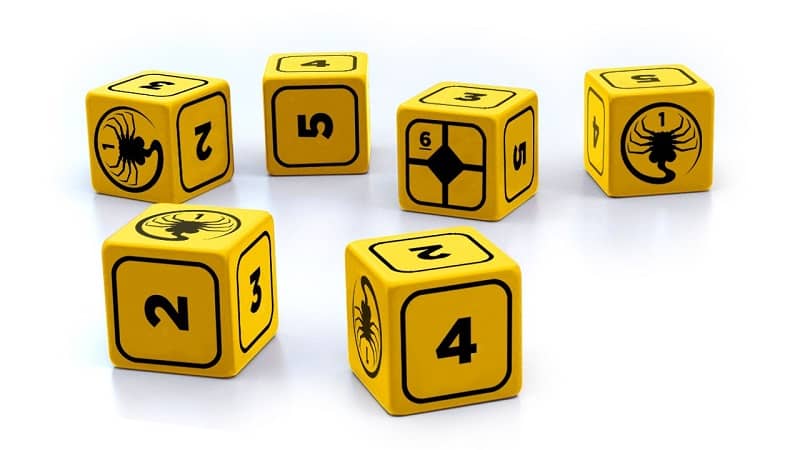 Finally, Free League sells their own Stress Dice. This is my favorite mechanic of the game. Remember how you rolled a set of dice to determine success? Well, as the game goes on, you add dice to that, increasing your chance of success (“When a man knows he is to be hanged in a fortnight, it concentrates his mind wonderfully.” – Samuel Johnson). But these “stress” dice are special, if you roll a “1” (on the stress dice Free League produces, it’s a little icon of a facehugger) your character panics. Panic can be inconsequential, it can be fairly mild (you drop whatever tool or weapon you’re holding) or it can be debilitating. Panic can also spread, if a character’s panic is dramatic enough, it adds to your stress level and may even force you to do a special roll for panic too. All the scary stuff that happens in the game adds to your stress level.

Yes, there are ways to relieve stress.

I think the stress/panic system will be most players favorite mechanic. The dice aren’t necessary, you just need ordinary six-sided ones that can be distinguished from your main set, they’re just kind of cool.

Oh man…. this sounds great. I would totally play a Corporate Slimeball character.

Thanks for the review Eric!

Being a Corporate Slimeball must make the “We’re all gonna die” circumstances a lot easier to take, I guess. I am flashing back to a Call of Cthulhu game run by Sandy Antunes that featured only children PCs (ages 14 to 8) versus Nyarlathotep, so maybe an Alien game of Kid PCs, either cinematic or campaign style. Maybe call it “Newt and the Efts”.