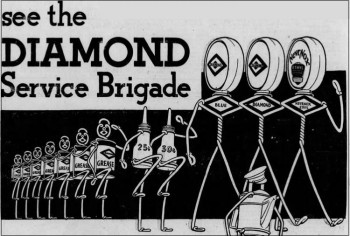 In 1931 the Mid-Continent Petroleum Company was hot stuff. Its 6,000 Diamond dealers owned the upper Midwest and could found as far south as Oklahoma, not surprising since it was the biggest employer in its home base of Tulsa. NevrNox Ethyl gasoline, the company boasted, provided the highest mileage of any product on the market. Mid-Continent was cutting edge, both in the science behind their formulations and in the way they presented them. 1931 was the year it pioneered a new type of service station, one that was to take over the field in the 1940s. Mimicking the modernistic International Style, that first Supulpa, OK, station had expanses of plate glass set in unpainted aluminum frames and walls of vitrolite, a black structural glass. 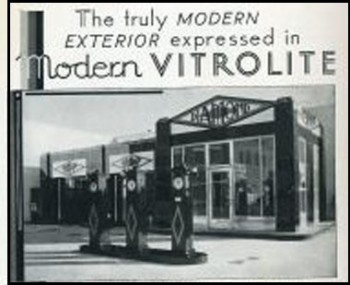 The interior allowed more room for the repair bays and shelves of product than the fussy old-style imitation houses then standard. Eye-catching and enabling more dollars per square foot, yet cheaper to build, the new stations were Mid-American’s attack on the Depression that devastated gasoline sales. Naturally a huge advertising campaign was called for. What could better symbolize a company that had its eyes focused squarely on the future than robots? 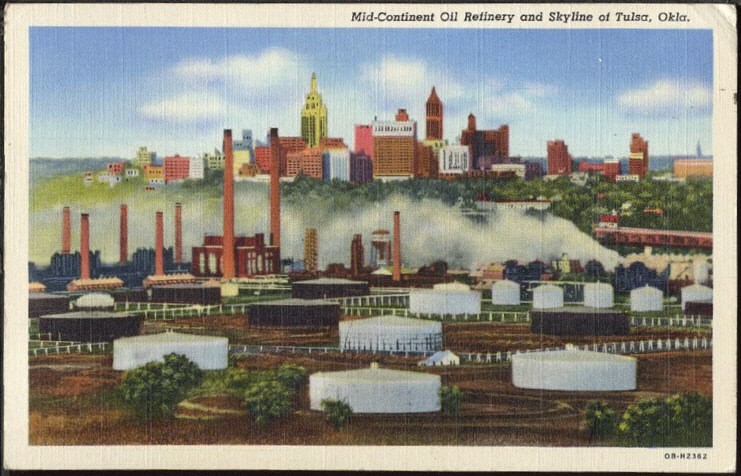 Sounds obvious in retrospect, but robots probably were in nobody’s mind early in the year. Advertising had itself been turned upside down since the Roaring 20s. Were customers looking for the scientifically best product for their pennies or could they be better attracted by funny, viral images? Mid-Continent didn’t know (or professed not to). It advertised its advertising in a contest. 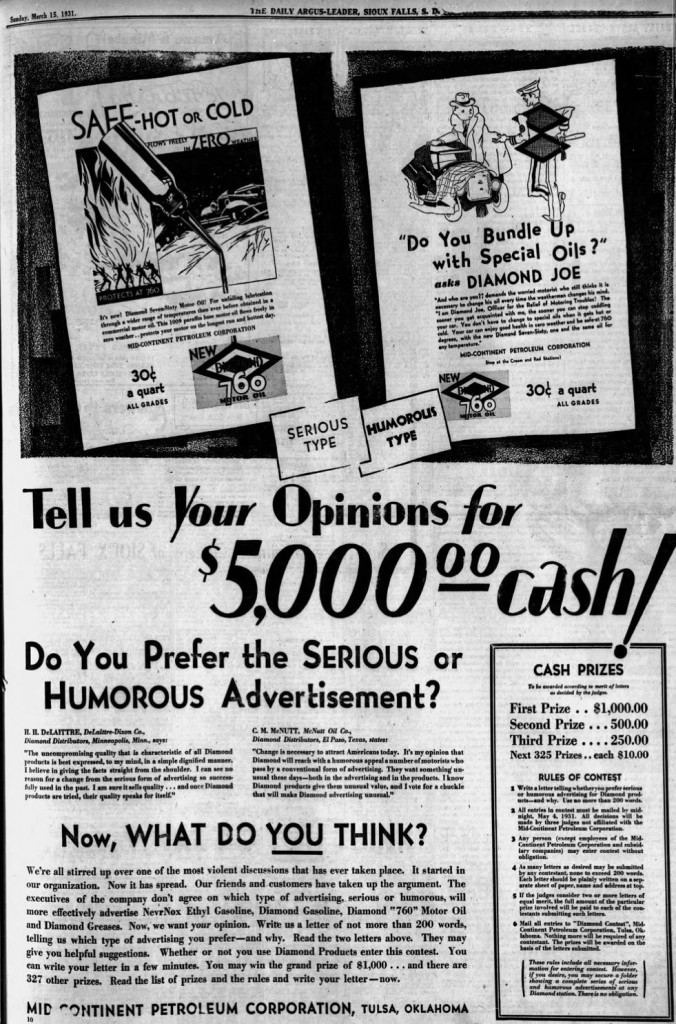 Letters poured into their Tulsa headquarters at “a rate of many thousands a week.” The pompous VP of Sales declaimed that:

The type of letters indicate that they are written by people of substantial character and that advertising is a subject upon which thinking people have very definite and well-formed opinions and that it is a subject of great interest to people in general.

Yeah, that, or maybe with the average wage hovering around $1,000, a cash prize of that amount meant a year’s free ride.

I can’t find any information about which side won the contest, not even in Oklahoma newspapers that covered every well sunk by the company. For all I know, Mid-Continent kept the money. The contest ran for several weeks in the spring of 1931 and ads both before and after the contest were of the purely serious variety. Maybe they were fulfilling contracts and using up paid-for inventory because when October rolled around, a squadron of robots flashed through the Midwest. 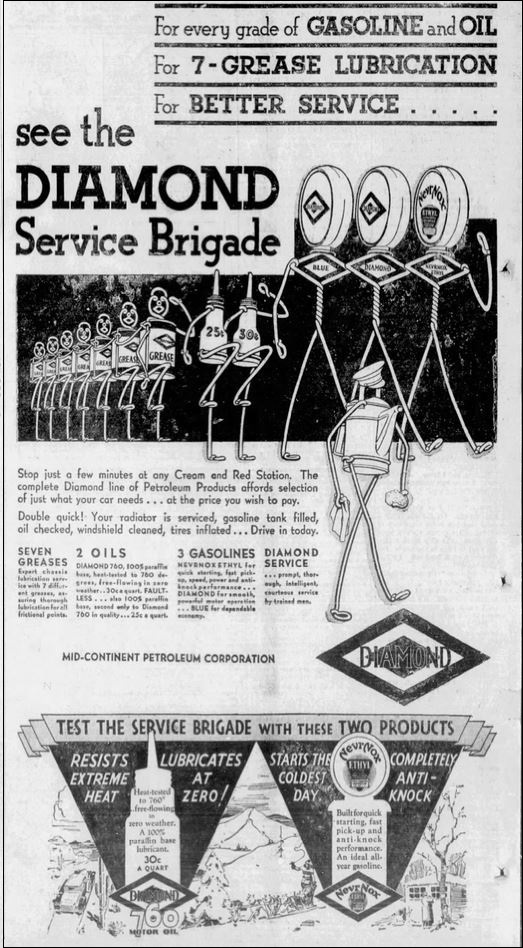 Serious? Humorous? How about both? My gosh, Mr. Continent, you’re a genius!

A bevy of solid factual claims that would warm David Ogilvy’s heart are presented with a marching troop of stick figure humanoids representing each and every Diamond product that would be sold at the Cream and Red Service Station: seven greases, two oils, and three gasolines, one for every car and every price point. The first ad was printed in papers dated October 4, 1931. Two more quickly followed weekly and then three more every three weeks. Papers in the largest cities – Louisville, Minneapolis, Indianapolis – got them first, while dozens of smaller towns printed them on an irregular schedule. The campaign seems to have ended on Dec. 4 in the Logansport [IN] Pharos-Tribune. Here are a couple of the best.

Six ads aren’t much of a campaign, so the only evidence we have that the Diamond Service Brigade was a winner is that the dozen robots were brought back in 1932 for another ten ads. These were smaller, only two-column, ads, half the size of the earlier ones.

Sadly, the Diamond Service Brigade was never revived. The next campaign featured a cartoon Scotsman “Hoot Mon-ing” over the pennies that Diamond gas saved you by providing better mileage. The cringe factor today is as high as the gas’s octane number.

Nothing much following of interest, although connoisseurs of fifties furturistic design will be entranced by this 1957 gas pump globe. 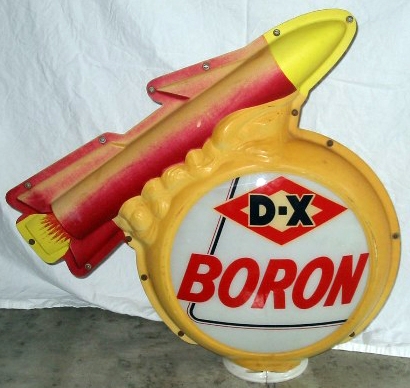 After many names and many owners, the company was absorbed into Sunoco in the 1960s and the last branded stations disappeared sometime in the 1990s.

Steve Carper writes for The Digest Enthusiast; his story “Pity the Poor Dybbuk” appeared in Black Gate 2. His website is flyingcarsandfoodpills.com. His last article for us was A New First Comic Strip Robot His epic history of robots, Robots in American Popular Culture, is finally available wherever books can be ordered over the internet. Visit his companion site RobotsinAmericanPopularCulture.com for much more on robots.