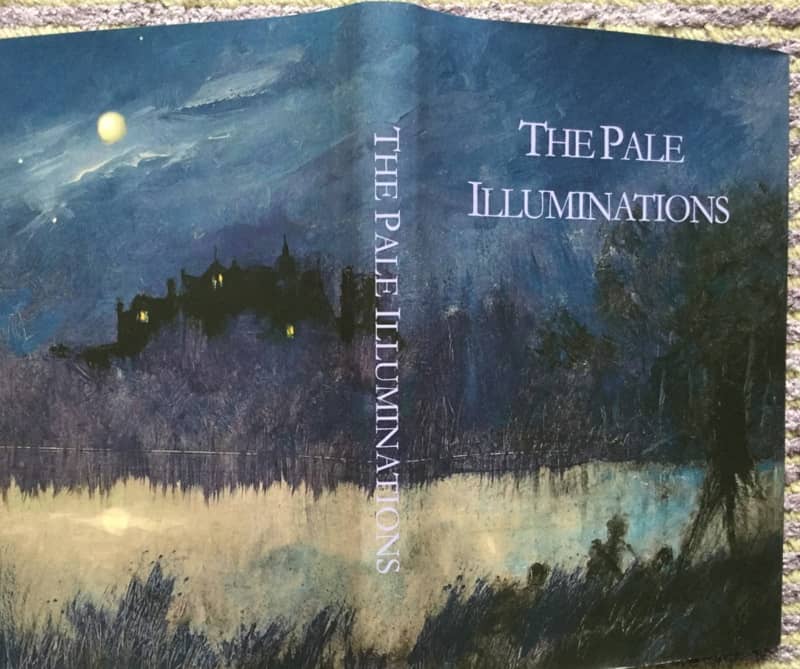 Following up its long lasting tradition of providing elegantly produced volumes collecting old and new dark and supernatural stories, the excellent small imprint Sarob Press ( formerly based in the UK, then relocated in France) has just published a new anthology entitled The Pale Illuminations.

The book assembles four new stories ( one actually a novella) by four well respected authors of dark fiction, exploring the supernatural side of different geographical environments, where eerie mysteries are still lurking.

“A Chess Game at Michaelmas” by Mark Valentine is an elegant story addressing the meaning of a time honored “custom” of an English village where the King might appear demanding to play chess.

“The Old Man of the Woods” is yet another outstanding demonstration of Reggie Oliver’s fantastic storytelling ability, this time devoted to explore the uncanny secrets surrounding an old property in rural France.

“Cropmarks” by Derek John, a tale combining witchcraft, evil curses and pagan worship in a remote Irish location, did not quite work for me but may certainly appeal to other readers.

Praise, once again, for editor/publisher Robert Morgan for his continuous dedication to the genre.

Learn more at the Sarob Blog.

Mario Guslandi was born in Milan, Italy, where he currently lives. He became addicted to horror and supernatural fiction (too) many years ago, after accidentally reading a reprint anthology of stories by MR James, JS Le Fanu, Arthur Machen etc. Most likely the only Italian who regularly reads (and reviews) dark fiction in English, he has contributed over the years to various genre websites such as Horrorworld, Hellnotes, The British Fantasy Society, The Agony Column and many more. His previous review for us was of Where Shadows Gather by Michael Chislett.