Cover art by Raymond Swanland (Blackdog, Gods of Nabban) and Jennifer Do (The Last Road)

The Last Road is the fifth and final book of Gods of the Caravan Road, a silk road fantasy full of gods, goddesses, demons, devils, wizards, and caravaneers. (Also camels.) Chronologically, the story begins with “The Storyteller,” which was published in Andromeda Spaceways quite a long time ago. You can find it now in my collection The Storyteller and Other Tales. I had Blackdog, the first novel, mostly written when I wrote “The Storyteller.” I’ve never been good at beginning at the beginning. I find that starting a story always raises questions about how it got to that point and I want to look backwards as well as forwards. In “The Storyteller,” the devil Moth — one of seven wizards who “in the days of the first kings in the north” bonded themselves with the souls of seven devils — is freed from her prison/grave and joins forces with the half-demon wer-bear Mikki to hunt for the devil Heuslar Ogada.

In Blackdog, a caravan-guard, Holla-Sayan, is possessed by the shapeshifting Blackdog, the obsessively protective, sometimes savage, guardian spirit bound to the goddess Attalissa, who must flee her homeland incarnated as a powerless child when her town is captured by a wizard warlord whom she believes intends to devour her. Holla takes her along as his daughter on the caravan road. Their story intersects with that of Moth, who has been set by the Old Great Gods to hunt and execute her fellow devils.

Marakand, which is published in two volumes as The Leopard and The Lady, is the story of the goddess-cursed assassin Ahjvar — who claims he died almost a century earlier — and his friend and would-be lover Ghu, as the city of Marakand rises in revolt against its goddess. With impressive bad luck, Holla-Sayan’s caravan comes to the city just in time for the civil war, and Moth and Mikki arrive on the trail of another devil.

Marakand, Volumes One and Two. Cover art by Raymond Swanland

Gods of Nabban takes the story to the eastern end of the caravan road: Ghu travels back to Nabban and the doom of his godhead, taking Ahjvar, broken by his experiences in Marakand and desperate to die, with him, into a land torn by civil war and threatened by a hidden devil. Holla-Sayan, meanwhile, is sitting this one out, having new fatherhood to deal with. Moth’s depression has got the upper hand and she’s gone wandering in parts unknown, but the devil Yeh-Lin Dotemon — former empress, general, tyrant, and occasional history tutor — has sworn herself to Ghu’s service.

Those are a lot of threads to pull together into a satisfying conclusion, and the summary above doesn’t even touch on the nature of the gods and goddesses, the devils, the demons, the Old Great Gods, and the fate of human souls, though all of those things are factors that become much more urgent drivers of events as the series progresses. I had always had an idea of how the story would end for Moth and Mikki, though as it turned out, I was wrong about quite a lot of that. Still, I knew the general direction it was ultimately going, and if when I got there the story demanded a different ending than I had intended, at least I’d been travelling in the right direction.

I’m not someone who can write an outline and stick to it. (I’m not someone who can write an outline that survives any contact with the enemy — I mean the process of writing — at all, at least, not if I don’t wait till the book is two-thirds done before I do the outline.) So in writing Blackdog, though I knew the general direction of Moth’s story, I had no idea where Holla-Sayan was likely to end up. I did not plan that the Blackdog itself would turn out to be the badly wounded (shell-shocked, in a way) remnant of a devil, and only realized how right that was as I wrote the words. That revelation has had all sorts of implications for Holla-Sayan’s future, which I knew I was going to have to deal with when I started gathering threads together for the end, but the story hadn’t reached that point yet, so meanwhile he had time to live and love Gaguush and raise his family. 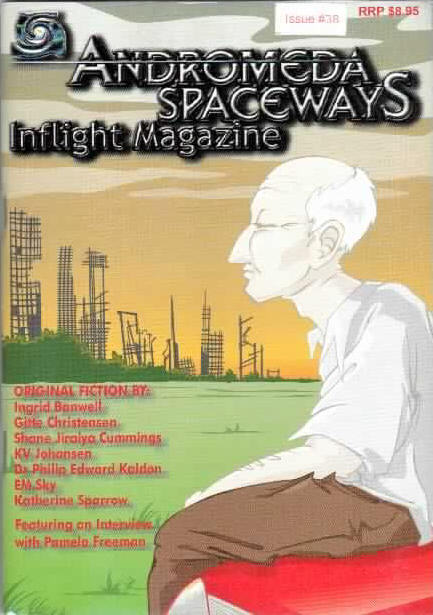 When I began what became the duology within the larger series, The Leopard and The Lady, Ahjvar was supposed to be a secondary character, the catalyst for upheaval in the city, who would die partway through. But I gave him Ghu, or gave him to Ghu, and Ghu was not letting him go without a fight. Next thing I knew they’d taken the whole story off on a tangent and set out to conquer the empire of Nabban, collecting the devil Yeh-Lin and Ivah, a reformed antagonist from Blackdog, along the way. Gods of Nabban was the result, and it ended up influencing everything to come, so that I now can’t imagine how I could have ever have brought the larger story to a satisfactory conclusion if I’d followed my original intention of treating Ahjvar and Ghu as secondary characters.

The process of weaving Gods of Nabban into Moth’s story turned out to be a vital part of understanding the nature of the gods of the earth and what was driving the devil Sien-Shava Jochiz, the only one of her fellow devils for whom Moth appeared to have no empathy — the only one whom she seemed to fear. Sien-Shava’s desire to become a god of the earth echoes that of Tamghiz Ghatai in Blackdog, but Tamghat, as he was calling himself, wanted a place, to be rooted in the world. Sien-Shava’s hunger is far greater, and the origins of that lie deep in his human past, for which I had scattered around a very few sparse hints over the course of the books. These were hints to myself as much as to readers. I trusted myself to pull everything together when the time came, and it worked. Everything connected and made sense. Hooray for the obsessive unconscious and its pattern-making proclivities. (But I’m lousy at jigsaw puzzles and crosswords.)

Despite the way everything fell into place in The Last Road, it was a very difficult book to write. It felt very dark while I was working on it, and reading it through when I was proofreading before it went to press, I still found much of it rather grim. There’s a lot of sorrow in it, clouds on the horizon, and even for the survivors, victory isn’t some kind of reset — it never has been, in their world or ours. Ahjvar lives that, every day. Setting out to rebuild isn’t all sunlight and dancing in the streets. But I think I planted the seeds of enough hope, of joy to come in people’s lives, to carry it through. Some stories end; others are just getting their start. New roads are unfolding. 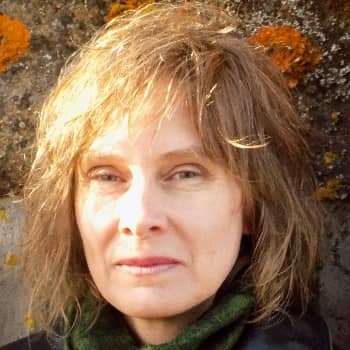 K. V. Johansen is the author of the Gods of Caravan Road fantasy series. Born in Kingston, Ontario, Canada, she developed her lifelong fascination with fantasy literature after reading The Lord of the Rings at the age of eight.

Her interest in the history and languages of the Middle Ages led her to take a Master’s Degree in Medieval Studies at the Centre for Medieval Studies at the University of Toronto, and a second M.A. in English Literature at McMaster University, where she wrote her thesis on Layamon’s Brut, an Early Middle English epic poem. While spending most of her time writing, she retains her interest in medieval history and languages and is a member of the Early English Text Society, as well as the SFWA and the Writers’ Union of Canada.

In 2014, she was an instructor at the Science Fiction Foundation’s Masterclass in Literary Criticism held in London. She is also the author of two works on the history of children’s fantasy literature, two short story collections, and a number of books for children and teens. Various of her books have been translated into French, Macedonian, and Danish.