Galaxy and IF magazines serializing Asimov’s The Gods Themselves in 1972. Covers by Jack Gaughan

Isaac Asimov had won two previous Hugos, but neither was a “Regular” Hugo – he won a Special Award for his F&SF Science articles in 1963, and in 1966 the Foundation Series was named Best All-Time Series, a one-time category, beating out (to his expressed great surprise) Robert A. Heinlein’s Future History, Doc Smith’s Lensmen novels, Edgar Rice Burroughs’ Barsoom series, and J. R. R. Tolkien’s The Lord of the Rings. Asimov had largely stopped writing fiction in the late 1950s, slowing down to roughly a short story a year through the 1960s. Beginning in the early ‘70s, however, he began to produce more fiction, including the Black Widower mysteries, and some more SF. Robert Silverberg coaxed a story out of him for his new original anthology series, New Dimensions, and Asimov wrote “Plutonium-186,” but soon realized it should be a full novel. (He gave Silverberg another story, “Take a Match.”) “Plutonium-186” became The Gods Themselves, his first novel in 15 years (not counting the novelization of the movie Fantastic Voyage.) 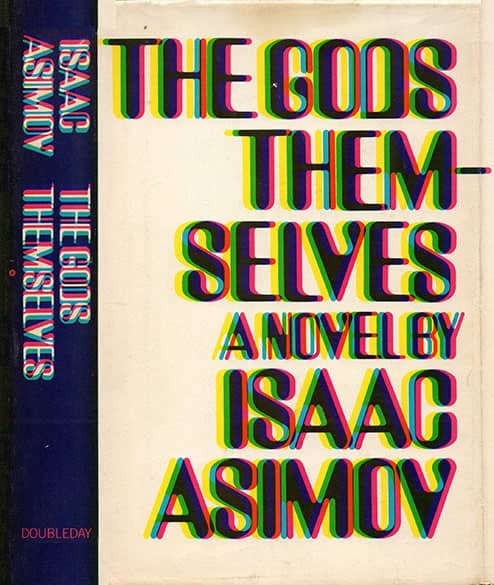 Doubleday, May 1972. Cover by David November

I read The Gods Themselves not too long after it won the Hugo, and I quite enjoyed it. Its three parts are set on Earth, in a parallel universe, and on the Moon. In the first part scientists discover a way to “Pump” essentially free energy from a parallel universe, making use of the fact that Plutonium-186 is a possible isotope in that universe. All seems good for a while, but then they discover how to communicate with the aliens in the parallel universe, and they also discover that the “Pump” process is destabilizing the Sun. It is also dangerous to the other universe.

In part 2, we follow the viewpoint of a mated “triad” of the three-gendered aliens of the parallel universe. These aliens are those who set up communication with humans, and they are willing to stop the Pump (which has reinvigorate their own, dying, sun) – but the rulers of their society don’t care about the danger to Earth.

Part 3, then, is back in our universe, but on the Moon. A third parallel universe is discovered, offering a solution to the problems of the “Pump,” but also allowing some Lunar political elements free reign for their own interests. The novel ends somewhat ambiguously, with some of the scientific problems solved, but the political issues by no means as well handled.

It’s really a pretty good novel, with some intriguing SFnal ideas, and with some fairly interesting political conflicts too. Asimov had a lot of fun claiming that he finally found a way to write about sex – alien sex – but he actually also considered some human sexual issues as well, with a love affair in part 3 between an Earth man and a Lunar woman, in a situation where the two groups of humans are drifting apart genetically.

So, it’s an enjoyable novel, and a lot of people must have liked it, for it to have won not just the Hugo, but the Nebula, Locus, and Ditmar awards. Surely that means it deserved its awards? Maybe – but I don’t think that’s been the verdict of history. The other Hugo nominees were David Gerrold’s When Harlie Was One, Poul Anderson’s There Will Be Time, Clifford D. Simak’s A Choice of Gods, and two Robert Silverberg novels, Dying Inside and The Book of Skulls.

The Nebula nominations included the Gerrold and Silverberg novels, as well as John Brunner’s The Sheep Look Up, George Alec Effinger’s What Entropy Means to Me, and Norman Spinrad’s The Iron Dream. Of that list, I’d suggest that both Silverberg novels, and Brunner’s The Sheep Look Up, have better reputations at this remove than The Gods Themselves. Lots of people these days plump for Dying Inside as the best novel of 1972. 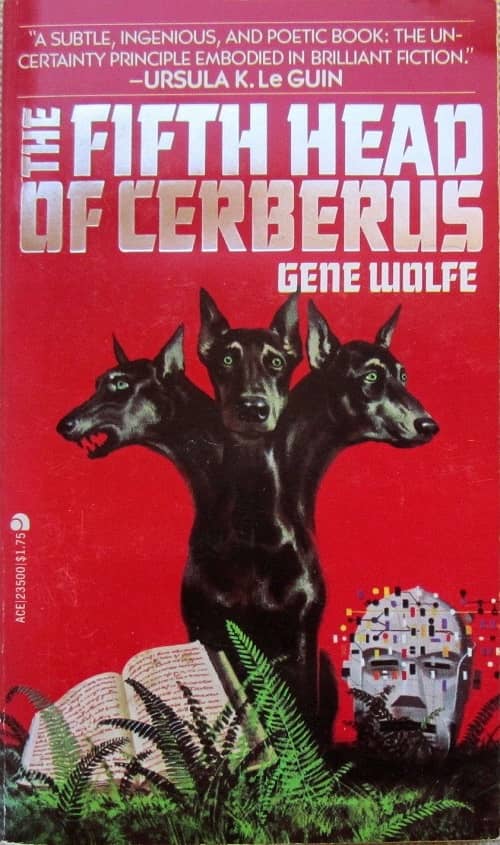 Rich Horton’s last article for us was The 1973 Hugo Award for Best Amateur Magazine: Energumen. His website is Strange at Ecbatan. See all of Rich’s articles here.

I’m not the world’s biggest Asimov fan, at least not of his novels, but I enjoyed this one. It think “pretty good” is about right. The central scientific idea is certainly ingenious. The alien biology and society is nicely worked out, but it always feels like a clever construct rather than something organically real. The most convincing part of the book, for me, was Asimov’s portrait of the jealousies and rivalries of a human academic/scientific community. That didn’t feel ingenious or cleverly worked out – it felt like it was something that Asimov had first hand experience with! It made me wish that he had written a book just about that.