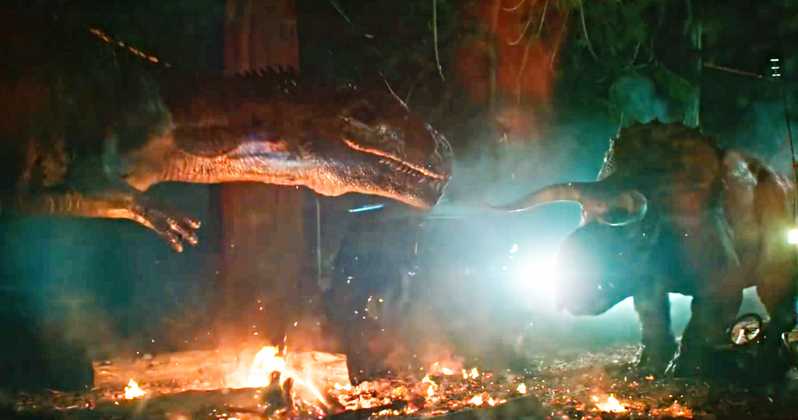 There have been five movies in the Jurassic Park franchise since the original first blew our minds on the big screen in 1993. With a sixth installment due in the summer of 2021, it’s fair to ask what more can be done with this storyline?  I mean, five movies in, we’re very clear that when dinos and human intermingle, things are never, ever going to end well. Also, even the most money-hungry corporate entity (INGEN in this case) couldn’t possibly survive the continual carnage wrought by playing God. As Dr. Ian Malcolm said, “Ooo, ahhh, that’s how it always starts, but then later there’s running, and screaming.”

Which pretty much sums up the last four Jurassic movies.

So where do we go from here plot-wise, without causing audiences to pull a muscle doing a collective eye roll? As it turns out, there still might be one last trick in the JP bag.

This week, Universal Studios and Amblin Entertainment released an official short film giving us a view into what we can look forward to in Jurassic World 3. The 8-minute short, entitled Battle at Big Rock, occurs a year after dinosaurs escaped into the wilds of California at the end of JW2: Fallen Kingdom. We see a campground in Big Rock National Park where a family is enjoying grilling chicken wings with other campers. The dad tells the daughter to take the food inside the camper before it attracts bears and…

Well check it out for yourself.

If you didn’t watch past the credits, go back and do that because what you’ll see are a series of vignettes showing what happens now that humans and dinos are coexisting.

These vignettes, coupled with the short film itself, introduce what may be the very last unexplored territory for the JP franchise. We’ve seen three movies where humans go to the dinos in their secluded island habitat. In The Lost World we saw that, plus the outcome of trying to bring a couple dinos back to LA, resulting in King Kong-like carnage and the dinos being shipped back to the island. In JW3 we’re going to see what happens when the general population lives alongside living, breathing (and breading) animals who have been genetically altered for use as potential weapons (remember the plot of JW2?). This isn’t a “Don’t want to get eaten? Don’t go to the island” scenario, but one where dinosaurs, like bears or mountain lions, are predators living with humans in the humans’ domain.

I was particularly fond of the scene with the bride and groom releasing doves, and am once again excited to see a Jurassic movie. JW3 is set to hit theaters on June 11, 2021 with Bryce Dallas Howard, Chris Pratt and Isabella Sermon reprising their roles.