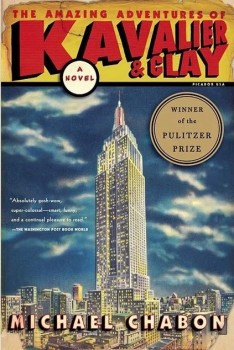 It isn’t often that comic books are a legitimate topic in works of literature, or that when they are, the book in question wins a Pulitzer. The Amazing Adventures of Kavalier & Clay, by Michael Chabon, is such a novel. It was published in 2000 to near universal acclaim. It tells the story of two Jewish cousins from 1939 to 1953. 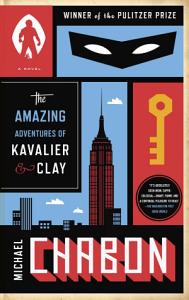 It starts with 19-year old artist and hobbyist escape artist Josef Kavalier trying to escape from Prague and Nazi power. His aunt in New York shelters him when he finally arrives, and introduces him to his cousin, Sam Clayman, an aspiring storyteller. The arrival of Joe the artist gives Sam the opportunity he’s been waiting for to create comic books. Joe agrees because he needs money to bring his family to the safety of the US. 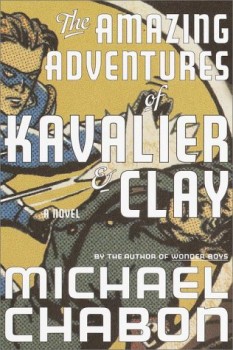 The story is obviously inspired by some of the real events of early comic book creators like Jack Kirby, Siegel and Shuster, Joe Simon, and many others. It’s a compelling, emotional window into the economic and social forces that created comics, but more importantly, it’s also a window into the experience of being Jewish in that era.

The mix of heavy and light elements in the hands of a lesser writer would have strained the reading experience, but one of the most powerful tools Chabon brings to bear is the narrator. As much as Gabriel Garcia Marquez does in One Hundred Years of Solitude, the narrator of The Amazing Adventures of Kavalier & Clay is an expert observer of all the tiny, fascinating, hypnotic details of people and objects and lifestyle and gently ridicules the absurd wants and needs and failings of the people who inhabit this world. 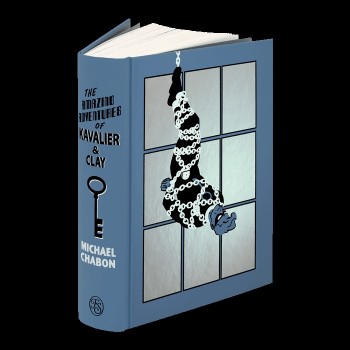 This is incredibly important, because for as much as I love and even revere the comic book form, we can’t escape the gravity of the crass traditions and business needs of its origins, nor of the conceits of the superhero form that appealed to young readers in every age of comics, or the slipshod, get-it-to-press exigencies of the business. Chabon shines a light on the kinds of people that invented comics while never losing sight of the dreamy charms that comic readers (and often comic book creators) found in the gaudy four-color pages.

It’s a brilliant, powerful book that rewards second readings (or in my case, third or fourth listenings). I’m finishing it today and it’s inspiring me to finally get to my local comic shop and buy some of the history books of the early comic book era. If you love comics and have any nostalgia at all for the pulps from which they sprang, I highly recommend The Amazing Adventures of Kavalier & Clay.

Derek Künsken writes science fiction and fantasy in Gatineau, Québec. His first novel, The Quantum Magician, was nominated for the Aurora, the Locus and the Chinese Nebula Awards. Its sequel, The Quantum Garden, is available for pre-order now!

It’s a terrific book. My favorite scene is where Sammy is explaining Batman to Joe – his origin, his obsession, his fetishes, and Joe says, (paraphrase here – I read the book almost 20 years ago) “So…he’s insane then.” And Sammy, about to say “Of course not,” thinks about it for a second and replies, “Well…yes…I guess he is!”

Hey Thomas! Yeah – the way they look about the conceits of the form are funny and true and poignant. It shows so much what we want and need comics for.

The kicker on Batman and Robin was at the very end, after the Wertham testimony, when Sammy was thinking about Batman and Robin and realizing that Batman was important to readers because Batman was the replacement father not just for Robin, but for all the kids with shitty, absent dads, and how that related to what Sammy had been for the last 12 years – a man with a secret identity. The number of levels that statement worked on kicked me in the heart.