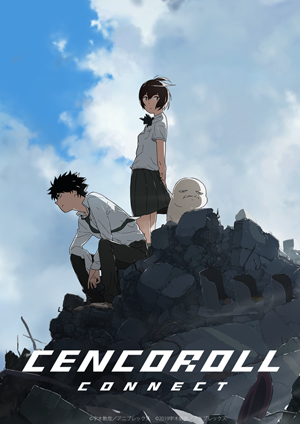 My first film at Fantasia on July 21 was actually two films put together. In 2009 Atsuya Uki released a 25-minute short he’d written and directed, called “Cencoroll,” based on a one-shot manga he’d written and illustrated. The short was well-received, and over the last decade he’s created a 50-minute follow-up. The two movies have now been released as one, Cencoroll Connect (Senkorōru, センコロール コネクト). They work together as one story, but I wonder, never having seen the original “Cencoroll” on its own, whether the first short would have left more room for an audience’s imagination to work.

The story begins with a giant amorphous monster appearing in a town in the north of Japan, where a young man named Tetsu (Hiro Shimono) already has a smaller monster that can change shape, Cenco, as a kind of pet. But Shu (Ryohei Kimura), another young man with yet another creature, has schemes for the giant newcomer. Into this mix comes Yuki (Kana Hanazawa, Night Is Short, Walk On Girl) a classmate of Tetsu who finds out about Cenco — and who turns out to have a unique gift of her own.

That sets up the plot of the first short, which unsurprisingly ends with a massive fight scene. The second (spliced seamlessly after the first) then expands from there, adding new factions, explaining Shu’s background, and giving some new context to the power Yuki displayed. It doesn’t play like two disconnected stories; the first film serves well as an explosive if somewhat long first act, while the second film feels like the logical continuation. I would not have guessed the two parts of the story were created a decade apart.

It’s solid work, well-animated, though at times a bit small-scale. Massive brawls in the middle of a city feel empty, where you’d expect to have more involvement from police or the armed forces (though it has to be said there’s an implied explanation in some of what we learn in part two). Cencoroll Connect makes up for that with fluidity of motion, and the way the inhuman monsters attack and respond and react to things around them in human ways that convey emotion through movement.

I don’t think there’s anything spectacularly original in either the story or the designs, but the animation gives the story a fair amount of energy. There’s an odd lack of colour in the film, or at least an overall cool palette. This perhaps emphasises the prosaic setting for the various monster fights — the film never leaves the city setting for long, and battles take place in city streets and a school rooftop and the tip of a skyscraper. But if the tone of the climax gains from an increasing darkness, visually the movie is overall, if not dull, at least neutral in places where you’d expect it to pop. 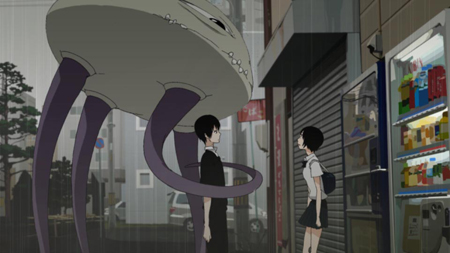 The story does a good job of expanding into new dimensions to answer some of the questions set up at the start. But I’m not sure whether it expands too far and answers too much. To start with, I thought that character tended to drop by the wayside, almost as though some scene establishing the leads had been lost. Tetsu’s an alienated young man, which is fine, but we never really understand out why he’s as alienated as he is. Yuki’s the point-of-view character — we learn about the world with her, and she ends up becoming the focal point of the story — and she is much livelier. But again you wonder about her home life.

There’s not much here about parents or family. Nobody thinks about school or anything mundane. That’s not necessarily a problem, except that much of what seems to make Cencoroll Connect distinct in the field of big-monster-fighting anime is its relatively mundane setting. There’s a disconnect, then, between the visuals and the setting on one hand, and the approach to character on the other. 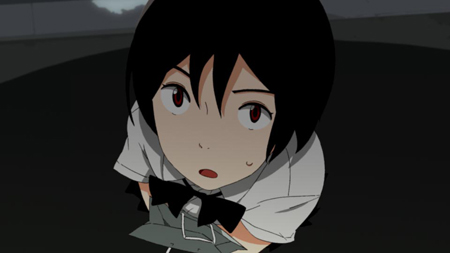 In general, I wonder if part of the effect of the first film was the way it left things unexplained plot-wise, telling a fairly simple story of the emergence of a young woman’s power. The complete Cencoroll Connect gives a lot of background, and answers all or most of the questions posed in the first twenty-five minutes. The original “Cencoroll” was apparently something of a cult favourite, and part of its effect had to be the muted approach to giant monsters and the way it held back on giving detailed plot explanations. If so, the second part of the story is a problem. It gives the explanations the first part refused. And it expands the world into a fairly detailed giant-monster tale.

It’s not that the background or the plot expansion is bad. It’s just not particularly distinctive. I mentioned above that the film feels visually muted or neutral; perhaps in the short that feeling worked with the lack of information about the characters and the general weirdness of the monsters to create a kind of alternative feel in its approach to the genre. Not perhaps a truly punk approach, but least a perspective slightly askance from the mainstream. There isn’t anything like that in the way the two parts develop together. 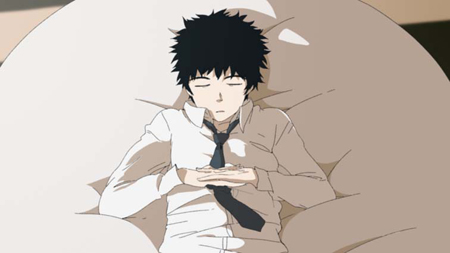 Character is probably what suffers most. Shu’s motivations come out, and he turns into an interesting, devious antagonist. But both Tetsu and Yuki stagnate (while Cenco never really does emerge as a character), and the new wrinkles in the plot and background tend to push them to the side. They’re less interesting than some of the new characters who enter the scene. Tetsu in particular has a significant event happen to him in a major fight that doesn’t really develop in an interesting way; he moves on too quickly from what should have been a traumatic event. Generally, of course, major battles between giant monsters have few consequences; but while that’s a standard genre convention, it’s out of place if the film wants to do things that aren’t standard.

So I ended up a little baffled by Cencoroll Connect. It’s a perfectly solid anime about giant monsters in battle, if a little colourless, a little small-scale in its animation choices. My suspicion is that the direction of the second part undoes a lot of what might have been interesting in the first part, going in a more conventional direction. It’s fine as it is. I wonder if it could have been much better.

I liked the palette and tone — it made it a consistently laid-back (and often dead-pan) experience; there are more than enough Other anime / manga / etc. to fill the void you seem to have witnessed. I’m reminded of an anecdote my father likes to tell about a co-worker who invited him to house to show off his bold new interior paint job. With a subversive look at my pa, he explained, “It’s called ‘suede-beige’.”

Now, I’d never paint my house such a boring tone, but it almost felt subversive that someone made a kaiju action film that could blend in with a suburban living room.

In theory, I agree with you. Or should. But I think for me the actual story was so straight-ahead and yet otherwise competent that the subversiveness of the visuals was lost. It felt like a standard story minus something, instead of being developed into a distinct perspective. I gather there’s a third movie coming, though, so who knows what that’ll bring …