A fair warning, I’m attempting to tackle a topic that is currently at the center of a great deal of controversy in the realm. Because speculative fiction is a realm. This is especially of issue in the YA community.

A further disclaimer: despite my struggles to get noticed in a marketplace flooded with writers, I am fully aware that as a white, cis-het woman, I have a lot of privilege in this field. That will unavoidably impact what I’m trying to say here a little. If you belong to a minority, feel free to correct me where I misstep. I am always looking to learn, and I never mean to offend. 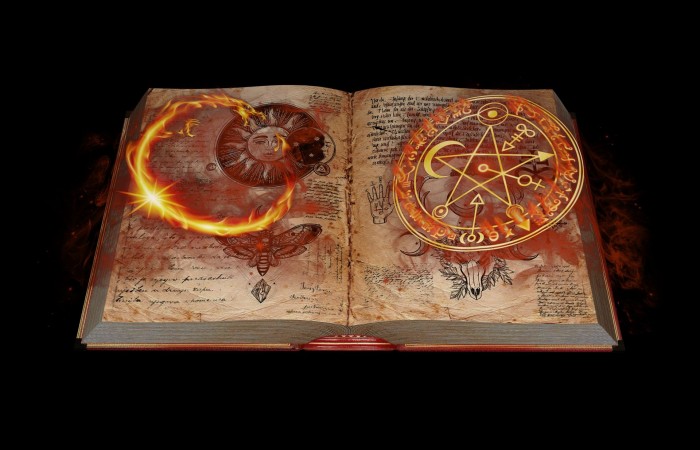 Novels are incredible things. They are, frankly, magical. They are the conduits to adventure, to wonders unheard of. They are a means to explore truth via outlandish lies. They grapple with grief and loss, danger, and rage. Through the magic of books, we can face our greatest fears, from the safety of our comfiest nooks, and emerge triumphant. Novels, particularly the speculative, allow us to experience things we normally would be denied.

This includes the experiences of people we could never be.

As writers, it is our job to inhabit these lives that are not our own and bring them to life on the page. Oft times, these people are not folks that look, act or sound like us. They are people whose lives differ vastly from our own. Still, we write their experiences and pray that we are doing well. At risk of raising some fury, there is a limit to what we can do, and, I firmly believe, what we should do. 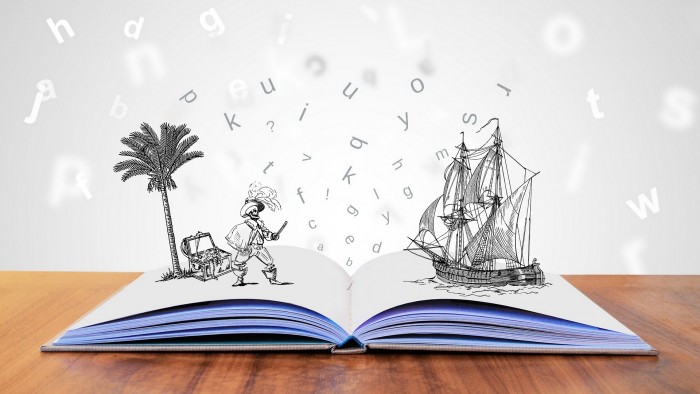 YAAAAR! Sit in a chair, and sail the seas with me! Adventure awaits!

I am currently writing a series, which is probably YA (I honestly don’t know. The lines of genre and audience are blurred for me. Moreover, I think those lines are arbitrary and make little sense, given the reading habits of adults and young adults both), and one of the main characters happens to be a young First Nations man. This young man gets into a motorbike accident, and ends up rolling down the side of a mountain… into another world, a world where Celtic myth is reality. He finds himself in the company of a united Fomori and Tuatha resistance, as they strive to fight back an invading force that has struck their lands. Don’t ask me the genre. The best I’ve managed to come up with is ‘mythic punk’ which, I’m pretty sure, isn’t even a proper genre.

Worried that having a First Nations main character, as a white writer, would not be acceptable, I sat down with friend and fellow writer, Jay Odjick, who is himself First Nations, to ask him his opinion. We talked about a ton of stuff, including some pretty wild stories from Jay’s life growing up on his reserve. Jay, for the record, is an incredible storyteller. Y’all should check his stuff out. I digress.

When I expressed my worry about my main character, asked him about how he felt over the whole thing, he said simply that as long as his nationality was incidental, rather than the focus of the story, which is to say, I wasn’t writing about his coming of age and what it was like growing up First Nations (or anything along those lines), I was all good. It put my mind at ease and, happily, aligned quite well with my feelings on the matter.

This isn’t to say that having Daniel be First Nations isn’t still fraught. There is a very fine line between representation, and appropriation. 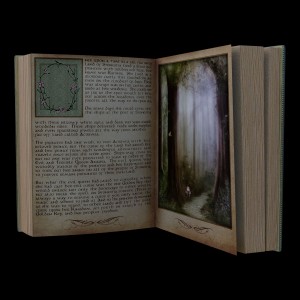 Fall into my pages, let me show you where the goblins live.

I don’t believe that majority writers like myself (ignoring my technical place as a woman, and therefore a minority… despite how many of us are writing, and writing well (and being ignored)) have a right to anything and everything, just because we want it, particularly when our arrogance tends to lead us to doing it so damned poorly. It is not our place to take and adapt the myths and legends of living cultures that are not our own. It is absolutely fine to have minority characters. Representation is so incredibly vital.

Own voices are also incredibly vital. I have been so utterly discouraged to find own voices narratives continually passed over, in favor of writers of privilege, and the shocking way those privileged writers have dismissed the concerns of the community they’re supposedly serving by writing about them. This exclusion, incidentally, has nothing to do with the quality of the writing, and seems to have more to do with the palatability of the writer for ‘mainstream’ audiences (whatever the frak that means). This results, of course, in these narratives losing their authenticity, or too often being outright misrepresentative and absolutely offensive.

With the prevalence of that happening, there can be no surprise as the increasingly vigorous push-back. They’re right to push back. Own voices matter. More own-voice stories can only help readers have a fuller, more nuanced grasp of issues facing minority people; in any setting. It will help stop the tokenization of minority characters. However, sometimes, the outcry goes far too far. 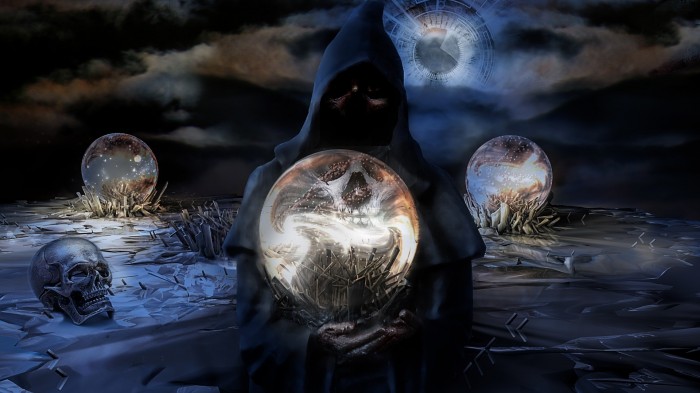 This book is scary.

Asian American author Amélie Wen Zhao pulled her novel Blood Heir over outcry about the inclusion of slavery in her fantasy novel loosely based in Russia’s Cyrillian Empire. She was not African American, was apparently the cry, she had no right to write about slavery and the slave trade. Which… no.  Just no.

First and foremost, Africa Americans are not the only people to suffer under slavery. Celts regularly enslaved one another, for example. One tribe would raid another, stealing wealth in the form of cattle and new slaves. It was more or less a game for the aristocratic/warrior class. The lower classes were not thrilled with it, I imagine. During the Holocaust, imprisoned Jews were put to work. They were slaves. Rome, this beacon of civilization (the sarcasm is dripping here), used the frenzied death of slaves for entertainment.

Secondly, I cannot be all that hard to imagine how horrific slavery is, and would be for anyone, regardless of color. The transference of that situation to a different setting, with different people shouldn’t be a cause for controversy. In this specific case, I feel that the reaction was way out of line, particularly since the book had not yet gone to print, from what I’ve read.

This isn’t to say that all outcry is misguided or misplaced. More often than not, it’s sadly not. However, this increasing tendency for people to cry foul over the strangest and smallest things is a little worrying.

Look, it is a writer’s job to imagine different worlds, different situations and different people. It is our task to inhabit these worlds, situations and characters we create, and offer it all up to the reader. Expecting or demanding an author stick to their narrow slice of lived experience is, in my opinion, ridiculous and unnecessarily inhibiting. I would not, for example, be okay with only writing asexual white women.

That said, the onus is on authors to get it right. Authors, if you are depicting a minority, it is on you not to do so in a way that is damaging or racist. For the love of all things good and green, get thee a sensitivity reader or three! Sensitivity readers are not to be dismissed or ignored or scoffed at. They are vital to ensuring that you do your characters the justice they deserve. You want to write well, don’t you? This is part of it. 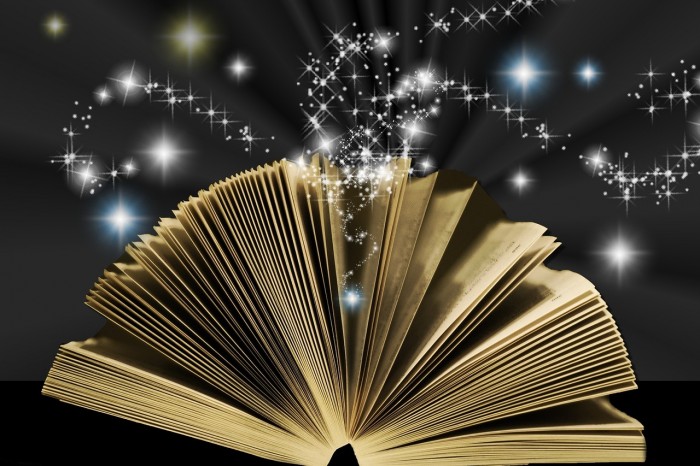 My favorite place to be is inside a good book.

If ever I get my weird books published, would Daniel create some kind of outcry? I fear it is likely. Will I change him? I doubt it. When I met Daniel and he introduced himself to me, he did so as a young First Nations man (we’ll talk about processes later). However, you better bet your golden donkeys that I absolutely will be sending my manuscript off to sensitivity readers to ensure that I didn’t do anything unintentionally damaging.

It’s a scary world out there for a writer, right now. I do worry that, despite my best intentions and efforts, I’ll have waves of hate thrown my way… if ever I get noticed. I stand on the edge of a knife, hoping that I can maintain balance. I am also completely aware how badly we have failed in our tasks before now.

The uncomfortable truth is we’ve been getting minorities very wrong for a very long time. These people are absolutely right to demand better, as well as a seat at the table and the right to tell their own stories their way. There is a fine line between representation and appropriation. It is up to us, as writers, to get it right.

When S.M. Carrière isn’t brutally killing your favorite characters, she spends her time teaching martial arts, live streaming video games, and cuddling her cats. In other words, she spends her time teaching others to kill, streaming her digital kills, and cuddling furry murderers. Her most recent titles include Daughters of Britain and Skylark.
https://www.smcarriere.com/