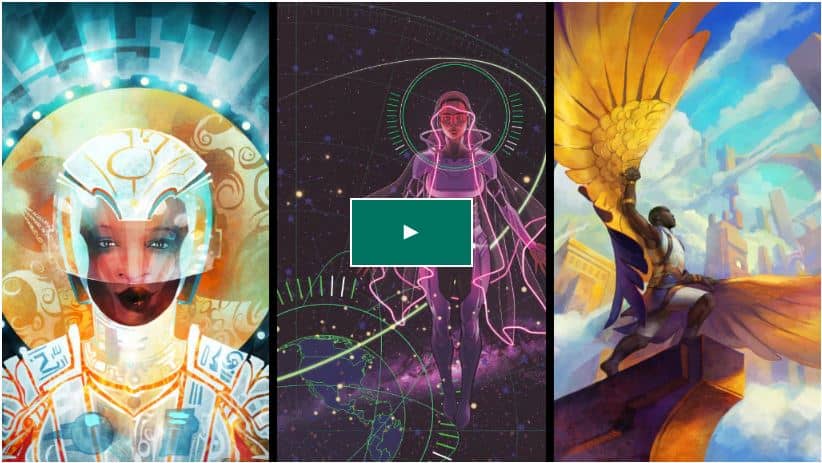 Fictional food is powerful. It evokes senses beyond sight, resonates with our personal and cultural experiences, and can be comforting… or viscerally off-putting. I have drooled over the lemon cakes from Game of Thrones, and — like so many people — been deeply disappointed by the reality of Turkish Delight.

And now without further ado, here is a tasting menu of the ways Uncanny stories have made use of food!

Customers packed the plastic tables at the food hawker stalls, which were immersed in the aroma of frying oil. They ate heartily with their faces buried in bowls of hot and sour rice noodles, their heads hidden by clouds of white steam. Other stands featured mountains of jujubes and walnuts, and hunks of cured meat swung overhead.
— “Folding Beijing” by Hao Jingfang, translated by Ken Liu

Food can transport us to another time or place, ground us in the reality of the story. “Folding Beijing” evokes the experience of Chinese street food, immersing us in sights and smells and flavors. The way food is described in this early scene stands in stark contrast with a description from later in the story:

The little robot returned with two plates, one for each of them. On each plate were two slices of some kind of red sashimi, arranged like flower petals.

Both the descriptions are appealing — hearty street food and delicate sashimi — but the contrast between them paints a picture of inequality, a sharp divide between two classes.

My destiny was always this: to drink the sin-cup and to hold the sins of the captains in my body where they cannot harm our people on their journey to Paradise.
— “The Dead, In Their Uncontrollable Power” by Karen Osborne

Sometimes rather than traditional food, characters consume rather more unusual substances. In Osborne’s generation ship story, “The Dead, In Their Uncontrollable Power,” the protagonist is a sin-eater. Describing non-food items in the way that one might normally describe food can yield a powerful visceral reaction in the reader, a technique that K.M. Szpara uses to good effect in “Small Changes Over Long Periods of Time“:

Andreas doesn’t taste like one person. He isn’t a varietal vintage. He’s the blood of everyone he’s drunk. Like the house blend, I drink him until he stops me.

I know it’s blood; I can taste the iron. But it recalls words like silky and juicy, the swirl of red in a glass, and roll over the tongue.

Other times, traditional foods can be put to decidedly non-traditional uses.

I watched as she mixed a pinch of fragrant cardamom with pale butter and a dribble of honey. Ground cardamom spice, strong as it was, could bridge the lands of the living and dead; butter acted as a binding agent; and honey recalled the sweetness of life.
— “With Caradamom I’ll Bind Their Lips” by Beth Cato

Cardamom, butter, and honey are ingredients that call up baked desserts… but here Cato puts them to use in a spell to bind the lips of spirits. This unexpected juxtaposition of sweet ingredients with a darker speculative element makes for an intriguing fantasy world.

Food can also reveal a lot about the characters in a story. In Anya Ow’s “Everything Under Heaven,” cooking traditions are passed down from woman to woman across the generations, and preparing food for someone is an act of love. But food need not be delicious to illuminate a character and their relationships, as A.T. Greenblatt shows in “And Yet“:

You look down. Oh god, it’s worse than you remember. Vegetables cooked past death, pasta barely cooked at all, a piece of chicken so dry it crumbles when you poke it. But feeding her kids has always been another annoying chore to your mom.

A badly cooked meal gives us a glimpse of the protagonist’s mother, while simultaneously emphasizing the horror of revisiting a haunted house of her childhood. In sharp contrast, both in flavor and in the nature of the parent child relationship, is this meal from a different Uncanny story:

It’s delicious, unfortunately. The acid of the suancai cuts through the rich, slightly salty stock. The beef is beautifully tender and impossibly savory. The thick, round noodles are the perfect canvas, bringing all of the flavors into harmony. This may be the best meal she has ever had in her life. Whatever they need to talk about must be serious.
— “Probabilitea” by John Chu

Here Chu enriches his depiction of a father-daughter relationship through the way the father prepares elaborate food to soften a difficult discussion. This soup makes the protagonist’s mouth water — and mine, too! 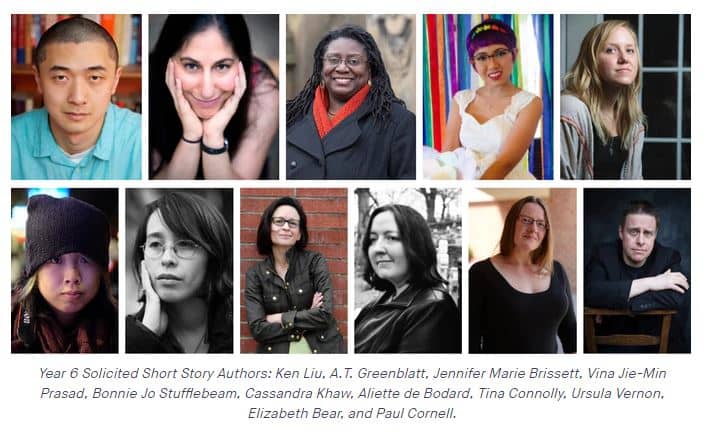 The Next Page of the Menu

We hope you’ll consider joining us as members of the Space Unicorn Ranger Corps and support our Uncanny Magazine Year Six Kickstarter!

Uncanny Magazine Interviewer Caroline M. Yoachim is a prolific author of short stories, appearing in Asimov’s, Fantasy & Science Fiction, Uncanny, Beneath Ceaseless Skies, Clarkesworld, and Lightspeed, among other places. She has been a finalist for the Hugo, World Fantasy, Locus, and multiple Nebula Awards, and her stories have been reprinted in multiple year’s best anthologies and translated into several languages. Yoachim’s debut short story collection, Seven Wonders of a Once and Future World & Other Stories, came out in 2016.