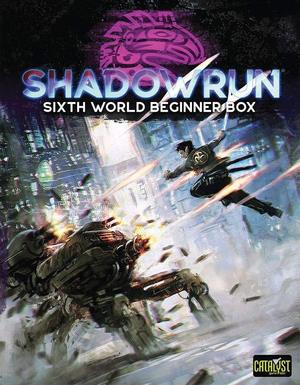 My first science fiction convention was 2001’s Eeriecon III, in Niagara Falls, NY. This was a literary convention, where almost all of my time was spent lapping up the wisdom of authors and scientists, discussing worldbuilding, sociology, magical systems, story structure and narrative, and all manner of other things of interest to writers, both old pros and aspiring novices.

The most recent of these gaming conventions I attended was the mid-June Origins Game Fair, in Columbus, OH. This was my second year making that convention, and I’ve got to say that I somewhat prefer it to the more overwhelming GenCon. There is a bit less spectacle, a bit less overt consumption (you can, for example, actually walk through the exhibit room without colliding into people … usually), and more of an emphasis on just playing fun games.

Origins is a good chance to get an early look at games that are officially debuting at GenCon later in the summer. There were some demonstrations of Pathfinder Second Edition, of course, and I spent much time playing Starfinder (my current addiction), but those will both get their own attention in due course, so let me focus on some more peripheral games at the moment.

One of the early releases shown at Origins was the Shadowrun, Sixth World Beginner Box Set from Catalyst Game Labs. Though it says “Sixth World,” this is a clever branding of the game’s 6th edition. If you’ve never played Shadowrun, you’ve missed out on one of the most intriguing RPG settings around, and one that I continue to be profoundly disappointed has not yet been co-opted into a big-budget motion picture. (Though Netflix’s Bright comes close to an attempt.) This was one of the first attempts I was aware of to create a gaming world where the fantasy tropes of Dungeons & Dragons were updated to the present day, or more precisely for a bit into the future.

In this 2080 world of magic and science, of humans, elves, and other demi-humans, the illusion of democracy has fallen in the modern world. Even our modern day corporations are considered quaint. Megacorps run everything, having created systems that are designed to consume and crush everything, turning each person and relationship into a commodity to be traded and profited from. Players create characters who are shadowrunners, operatives (usually freelance) who take jobs outside of the light of day, jobs that the megacorps cannot officially be seen to be part of their portfolio. Jobs that they can deny if things go badly.

Or, if you aren’t interested in working for a megacorp, maybe instead you’ll work a side game, trying to give some grief to the megacorps because it is an entertaining way to fill your day, and maybe get a bit of profit on the side. Running in the shadows afford a number of possibilities.

For all the great elements of Shadowrun, the problem is that it’s always been a pretty intense game. I would never have used earlier versions of Shadowrun as an entry point into the world of roleplaying games, because there was just too much going on. While playing a computer hacker who can go into the matrix is awesome, the fact is that in many iterations hacking itself was essentially a little one-player mini-game within the larger game.

In discussions with the Catalyst Game Labs staff about this new Sixth World edition, it seems like one of the priorities has been making the game more accessible to new players. I haven’t played this edition yet, so I can’t give a ruling on how successful they’ve been. But you can go look at some of the resources they’ve put out to check it out for yourself, and then maybe look into their Beginner Box as a good springboard into learning how to run in the shadows. 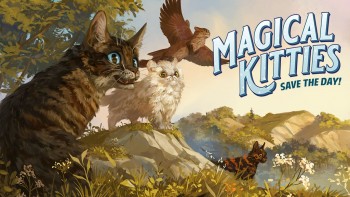 Magical Kitties Save the Day

In addition to well-established games, gaming conventions have also become the promotional grounds for an ever-expanding number of Kickstarter projects. It seems like half the booths I go to at GenCon are promoting their soon-to-start Kickstarter more than their just-released new game. This can certainly be annoying at a convention, as you see something really impressive only to be told it’ll be months before it’s actually released for play, but some of the games and ideas are really outstanding.

One new Kickstarter that definitely caught my eye at Origins was Magical Kitties Save the Day, by Atlas Games. I am always a fan of games that are designed to get young players into creative storytelling-based roleplaying games, and this fits the bill. Each cat has a power, each cat has a human, and each human has a problem. The cats are there to help stop the troubles, which may be battlebots, aliens, witches, or other bizarre things in the town that make the problems worse. They can succeed at these tasks, but still generate new story outcomes with complications and bonuses, depending on the result of their efforts.

While I’m an old-timer who likes micro-managing every aspect of my character’s statistics, there’s definitely something to be said for streamlined games that allow you to just jump in quickly and have fun, with little in the way of preparation or long-term commitment. If this looks like the sort of game that you or a young person who love would enjoy, it is currently on Kickstarter with 17 days left as of the time of this writing, and has already been fully funded with several unlocked stretch goals.

A previous Kickstarter that has now reached its full release is Sorcerer, from White Wizard Games. I’ve been familiar with White Wizard for a while, as they’re the makers of the deck-building games Hero Realms and Star Realms, both of which are favorites among my family.

Sorcerer, a strategy game set in a world of dark horrors, has a far darker tone than their earlier games. The game was Kickstarted last year, but the release debuted at Origins. Players combine a Character deck, a Lineage deck, and a Domain deck, creating a variety of possible decks of spells and minions that can be summoned. These unique characters then battle against each other in an effort to claim battlefields on their way to victory.

I’m hoping to find time for a full demo of this one at GenCon later this week, and I’ll report back with some more information at that time.

Ironically, one of the more intriguing games I played at Origins had its origins at GenCon. Here I am speaking of True Dungeon, the escape room-like dungeon crawl experience that has taken over the game convention circuit. You can find videos online where the founder describes how it takes place only at GenCon, but this year it seems that it has been (or will be) at Origins, GenCon, PAX West, PAX East, and Gamehole Con, so clearly they’ve expanded in recent years.

Over the years, I’ve collected a handful of True Dungeon tokens at various conventions, where they’ve been give out as part of promotions. These tokens represent the weapons, armor, and other equipment to outfit the character in the game. Having never played before, I didn’t realize the scope of how much time and money some people have invested into optimizing their equipment set. My family of 4 joined the game as the only novices, and the other participants in our group made for a robust party that more than carried the weight of our relatively limited gear, even though we decided to go in the “hardcore” mode.

This game is pricey for each run through and requires going to one of the limited (though growing) number of conventions it’s available at, but it was a phenomenal experience. The puzzles were truly challenging and everyone involved needed to participate in order to complete the tasks. There was only one room that we were unable to complete and took damage due to time constraints. Fortunately, as a druid, I had a few healing spells available, and still had some damage-dealing spells for when we confronted enemies in combat.

We made it through the Path of Death adventure without losing any party members, gaining Survivor pins for the whole crew! I’ll definitely be looking at GenCon for an opportunity to upgrade some of our equipment, though.

Badge registration for the June 17-21, 2020, Origins Game Fair begins on November 15, if you want to attend next year. And, of course, if you’re in the Indianapolis area … there’s still time to get tickets for GenCon (except for Saturday, which is sold out).