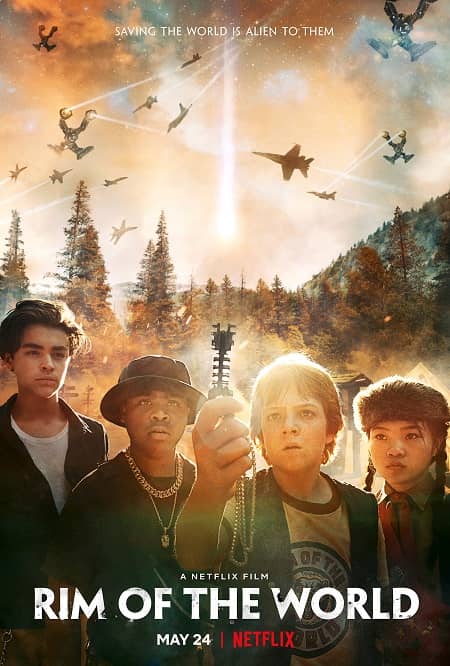 I was bored out of my tree last night, and so flipped through Netflix and stumbled across this film.  Remember that my friend Nate had recommended this movie, I decided to watch it. What the hay? It can’t be any worse than Bright. I was correct, it was not worse than Bright. It was a good deal better; a delightful, hilarious science fiction adventure that was a love letter to the films of the 80s that centered heroic children.

Four misfit teenagers join forces to save the world when an alien invasion interrupts their summer camp.

If that doesn’t sound like the most 80s of plots, I don’t know what does. 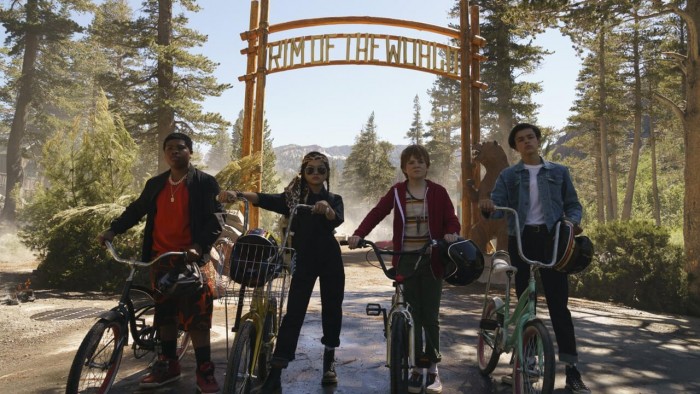 You might find yourself disappointed if you watch this film looking for something new or innovative. The film is exactly what it says on the tin. Four young teens end up thrown together as a band of misfits and are forced to work together and through their own various issues in order to save the world from a sudden and vicious alien attack.

The typical players are there: the nerd who must find his courage, the honorable criminal who must learn he is worthy, the overcompensating bully who’s actually just insecure, and the girl who is the most sensible and kick-arse member of the group (lady can drive stick like no one else). Each one has a unhappy backstory that they must face and overcome during their Herculean task of saving humanity.

Like the films of the same kind in the 80s, it’s the nerd who has the biggest hero moment and ultimately wins the girl. Unlike the films of the 80s, the military isn’t inherently evil and incompetent, just blindsided and overwhelmed. It feels more real and less, well, stupid, to have the military portrayed this way. Incompetent/evil military is my least favorite trope in these films. I’m glad this one did away with it. The sensibilities feel more modern, and the humor absolutely is.

On the humor, I laughed out loud a couple of times. It’s a perfect blend of heartfelt, self-aware and absurd. It doesn’t feel dated or insincere, as humor from the 80s can sometimes feel. 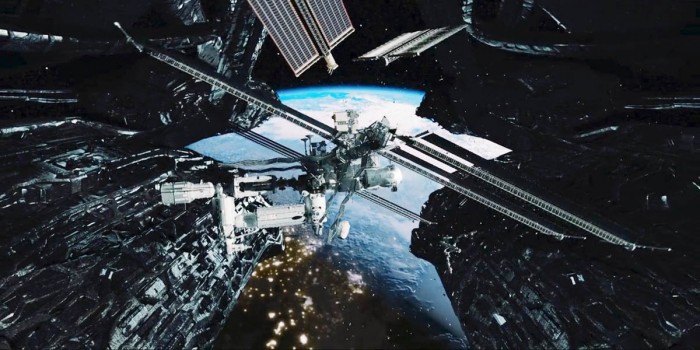 Honestly, the characters were quite surface-level. However, the young actors portraying them did a fantastic job of it. I believed their tears when they were shed. They were really excellent young actors. A special mention goes to Alessio Scalzotto, who played Gabriel, who cried exceptionally well. I fully expect to see more of him in future films. The real MVP, however, is Jack Gore, who played Alex. He played his trauma brilliantly, making his rise as hero fraught and his courage all the more notable.

Again, the acting by the teens was exceptional. The adults were a little less brilliant, but I do believe that the need to keep the film PG (TV-14) kept some of the adult actors from being entirely believable. No one whose lower half was crushed by a jeep would be nearly as coherent or cleaned up as they were in this film. Again, that’s not so much on the actors as the director, in this case.  Also, the camp leaders were much more caricatures than characters. This is by design, I think, and the film is self-aware enough to make a couple of jokes about it.

The main alien antagonist is a biological terminator, essentially, that looks a little like a blend between Goro from Mortal Kombat and the Predator from, uh, The Predator. It’s nearly impossible to kill, and can only ever really be outsmarted, buying the heroes some time before the next attack. I enjoyed watching the heroes outsmart it, too. The solutions were clever, and didn’t feel cheap as it sometimes did in early renditions of this kind of film (or even more modern ones, if I’m honest). The CGI wasn’t always terrific, but wasn’t so terrible that it tore me out of the action.

Rim of the World is a hilarious, entertaining homage to the child heroes of the 80s with a more modern aesthetic and sensibility. It’s nothing new or innovative, sticking with the formula that works, and was still well worth the time I spent watching it.

It might even be good for a rewatch or two.

When S.M. Carrière isn’t brutally killing your favorite characters, she spends her time teaching martial arts, live streaming video games, and cuddling her cats. In other words, she spends her time teaching others to kill, streaming her digital kills, and cuddling furry murderers. Her most recent titles include ‘Daughters of Britain’ and ‘Skylark.’ www.smcarriere.com/