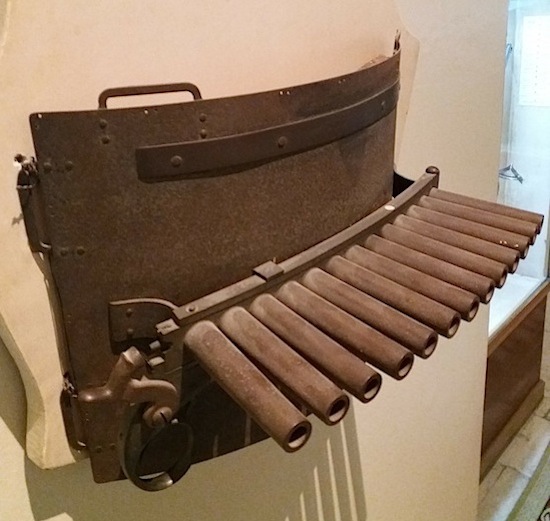 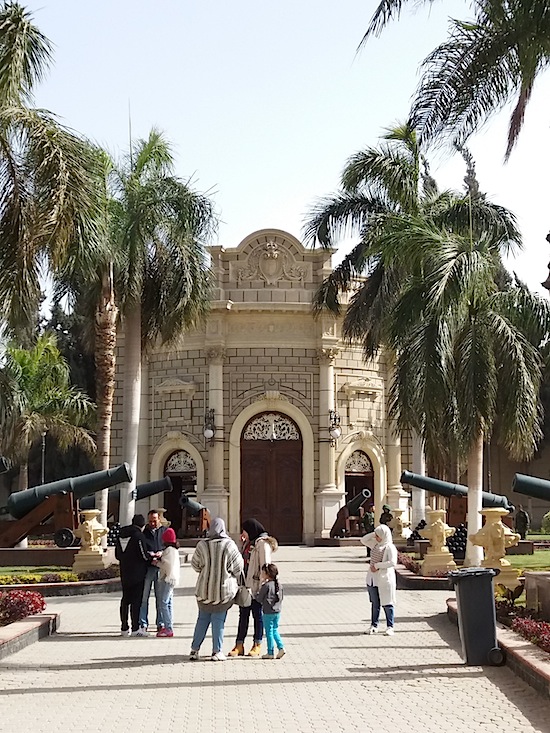 The spacious palace grounds are full of artillery pieces.
The palace is a popular destination for Egyptian families.

The Arms Museum has a vast collection of weapons, from swords used by the armies of the Mahdi in the Sudan to Soviet machine guns from World War Two. The Egyptian royals seemed to have enjoyed collecting oddities, and you’ll see many rare weapons here that you’ll be hard put to find anywhere else. Whether some of these were ever used in a fight is anyone’s guess.

Sadly, as with most Egyptian museums, the signage isn’t up to snuff. For example, there’s no label for the multi-shot breastplate above. I’m dying to know who invented the thing. All I know is that it’s bound to make it into one of my books sooner or later. 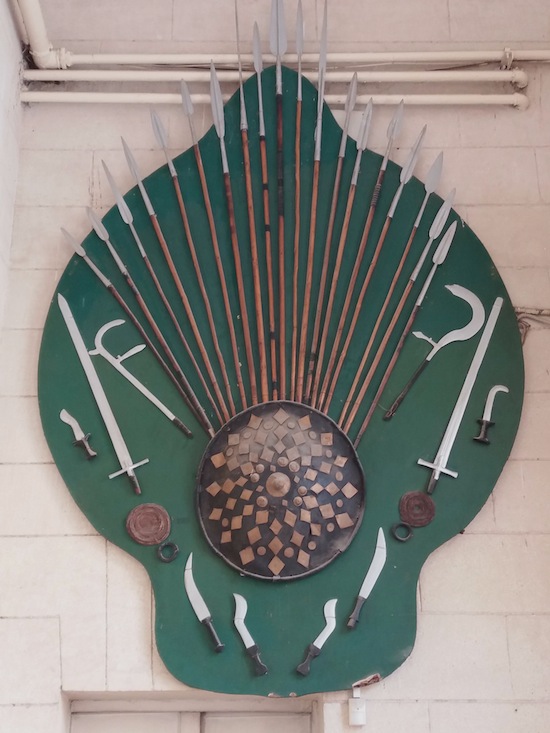 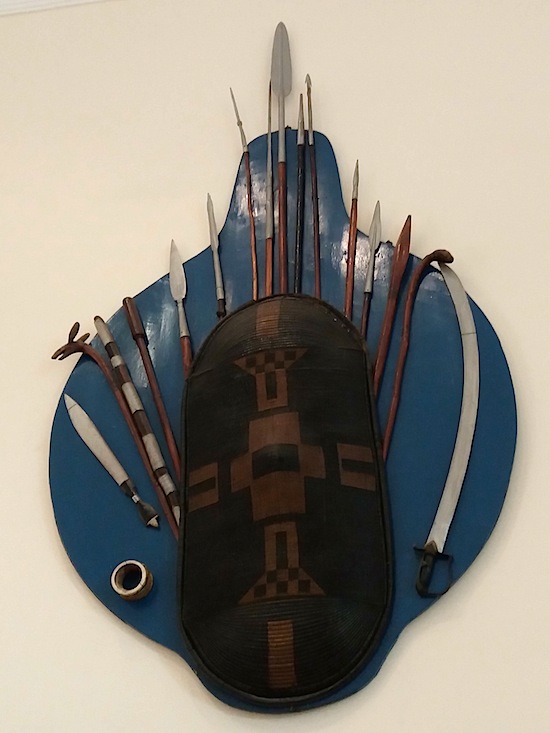 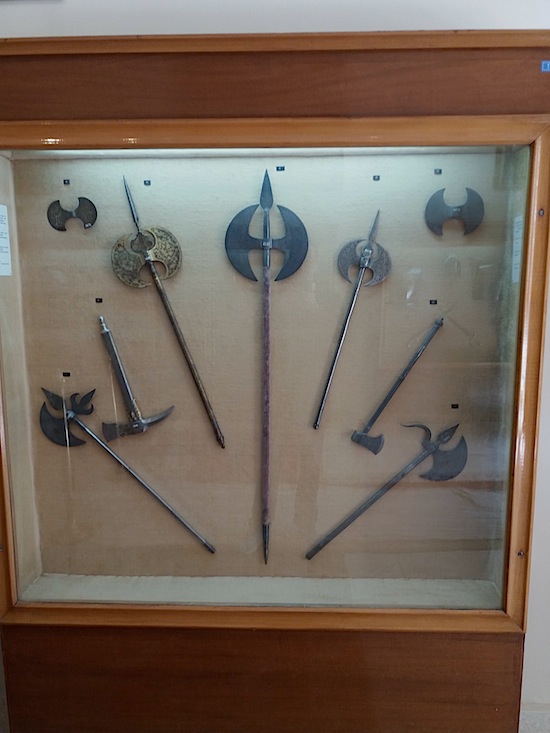 Persian battle-axes from the 16th to 18th century 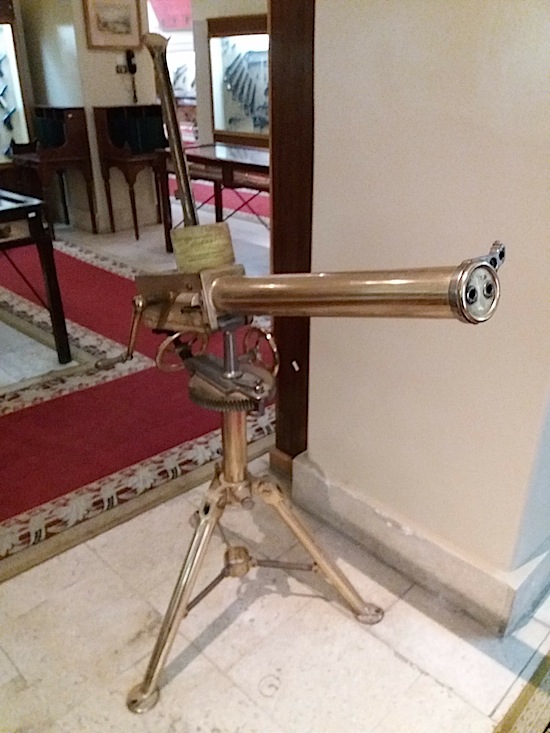 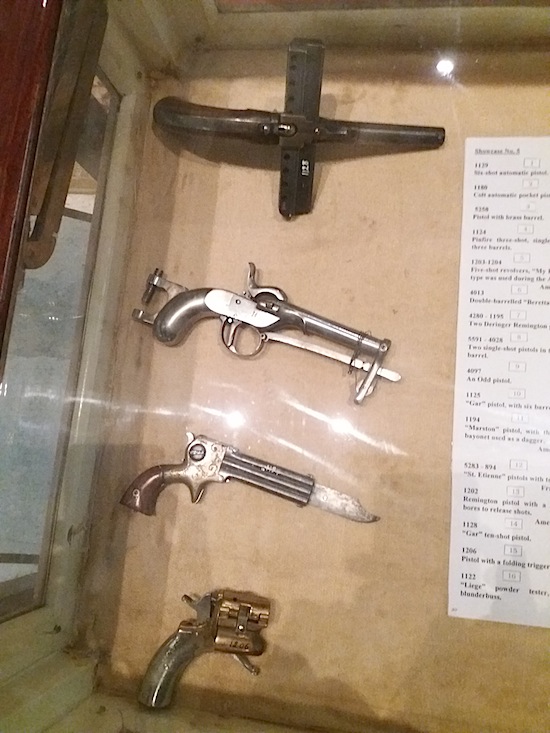 Various experimental pistols from the 19th century. The signage
was poor in this case and it wasn’t clear which label went with
which gun. One label simply stated “An Odd Pistol.” I agree. 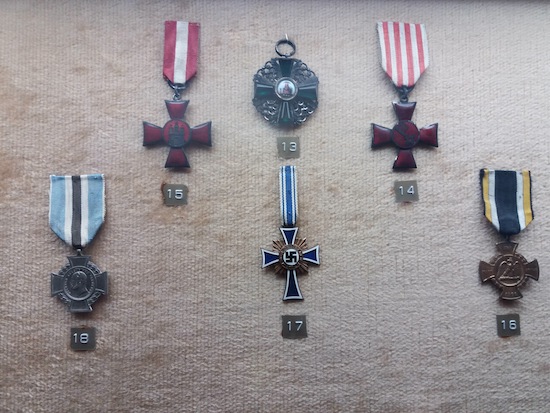 The Royal Gifts Museum includes a large collection of medals from
various nations, some of which would soon be at war with one another. 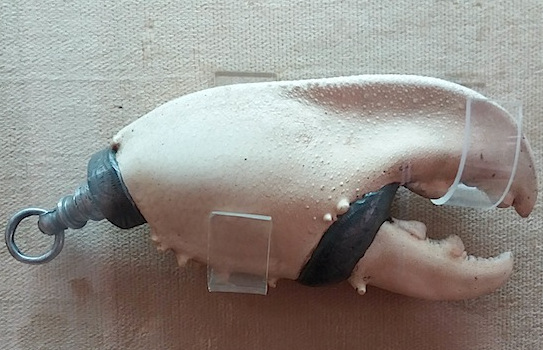 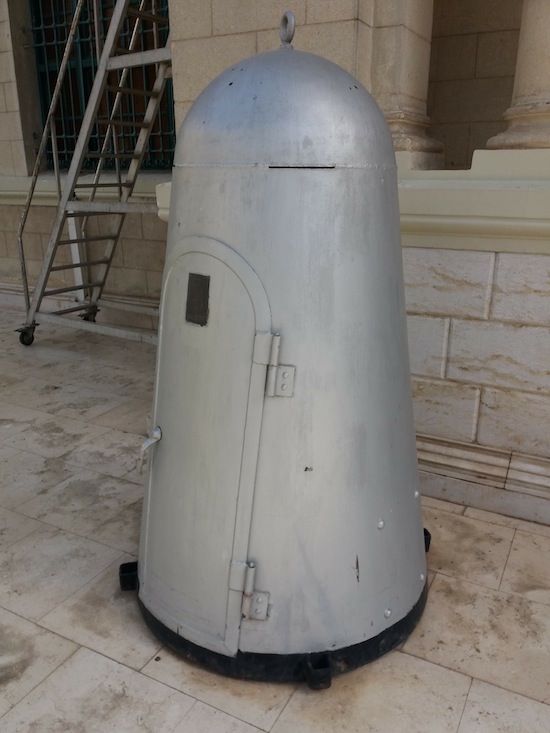 Egyptian dalek? Nope, a bulletproof sentry box, aka “Console Portable
Shelter,” made in London in the first half of the 20th century. There
are no firing slits in this thing so I don’t see much point.