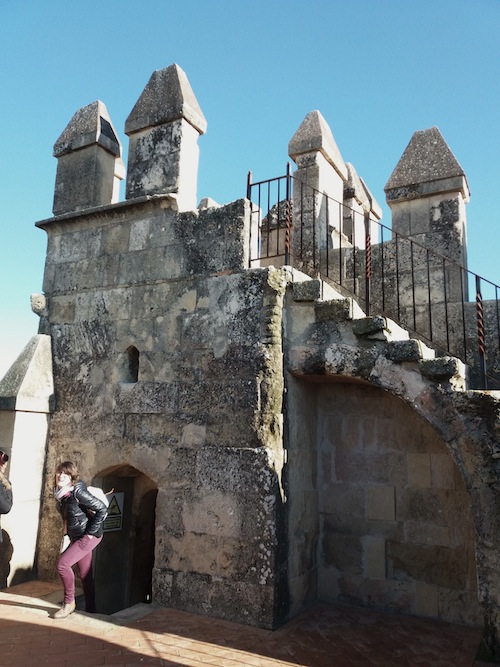 The alcázar served as Ferdinand and Isabella’s summer home and it was here that Christopher Columbus came to visit just before sailing to India by heading west. He did make landfall where he expected to, but it wasn’t India. The monarchs also presided over one of the earliest tribunals of the Inquisition here, turning the old Arab baths into a torture chamber.

You can read more about Córdoba in my posts on the famous mosque/cathedral and other sites in town. 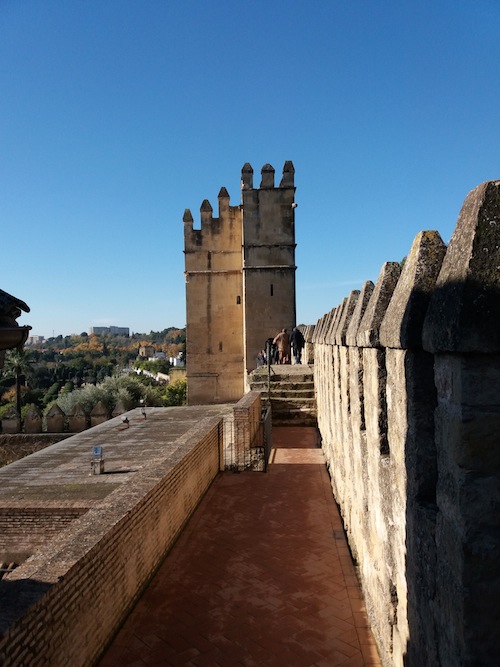 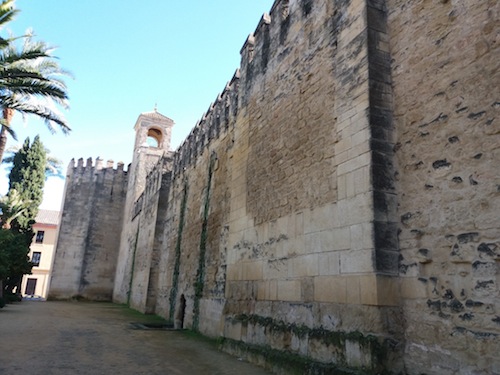 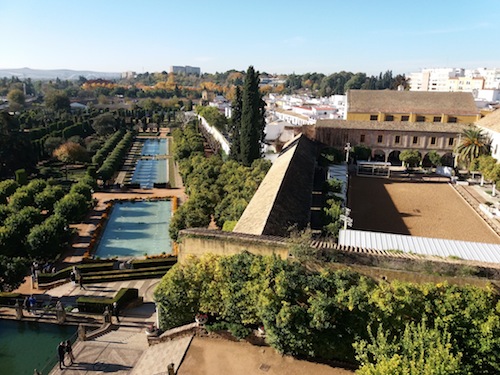 A view of the gardens from the battlements 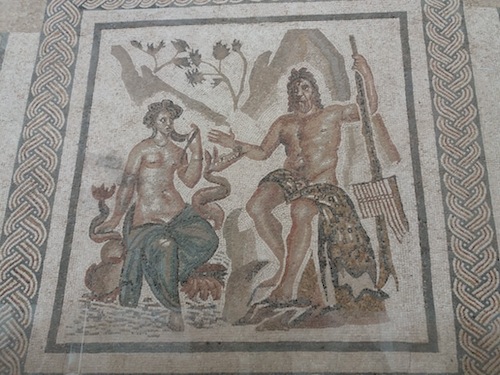 When the nearby Roman circus was excavated in the 1950s,
archaeologists discovered numerous fine mosaics dating to
the second century AD, which are now on display in one of the
great halls. This one shows Galatea and the cyclops Polyphemus. 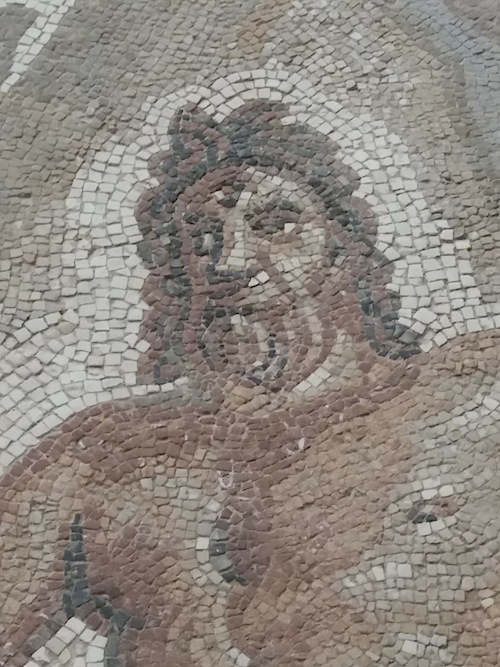 Oddly, the cyclops is shown with three eyes, not one.
I’ve seen this in a few other works of art as well.
Anyone know the origin and reason for this? 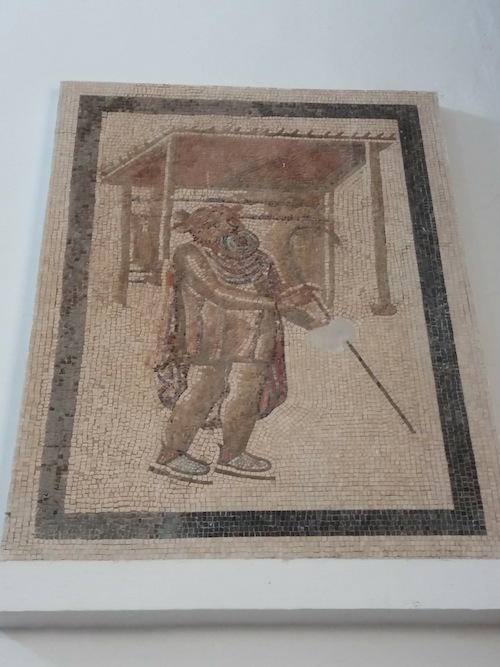 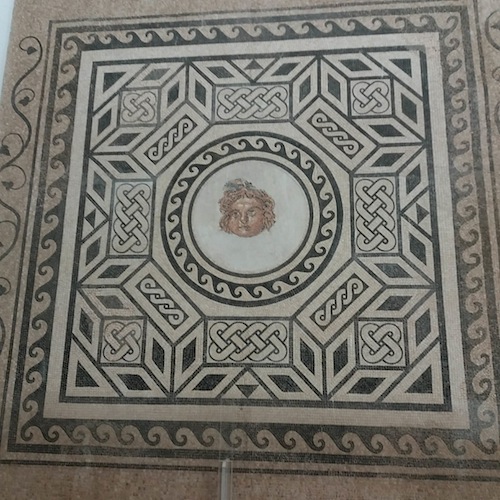 The Medusa in the middle of a geometric pattern

Never seen a three-eyed cyclops before. Kind of striking!

Got me wondering about 3-eyed Cyclopes, so I searched and found a nice, short article by Prof. Sarah Bond (U. of Iowa) concerning the myths of the Cyclopes and their varied numbers (1, 2, and 3) of eyes. Prof. Bond even includes the Cordoba Cyclops in her post.

Too cool! Thanks Eugene!