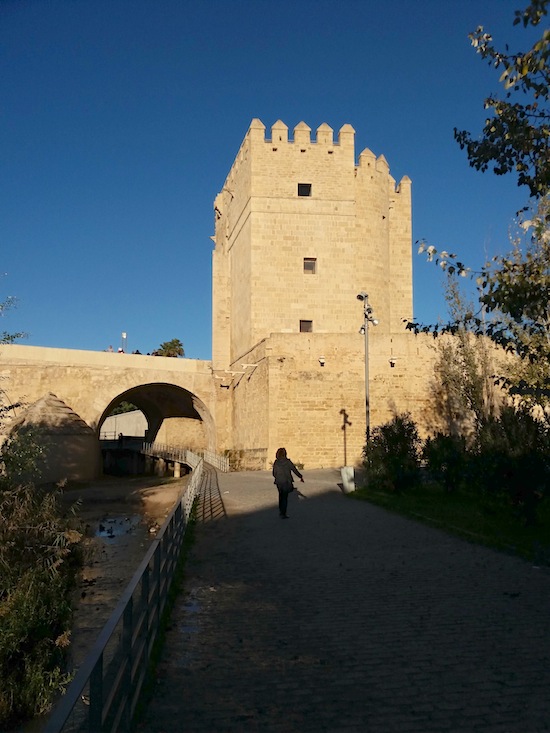 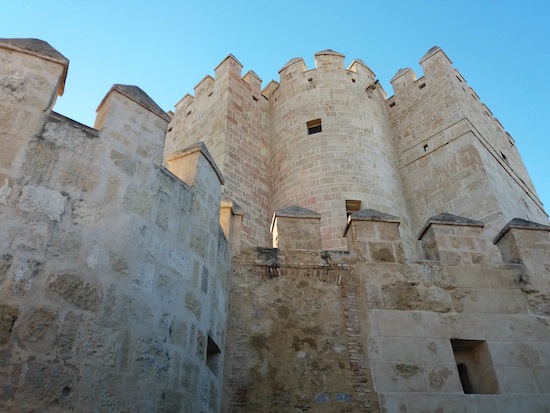 Another view of the Calahorra tower

For the next century and a half the city languished. Then, in 711, an Umayyad army conquered it as part of the rapid Islamic conquest of most of the Iberian peninsula. It became the provincial capital once again, and when Iberia broke away from the Caliph in Damascus, it became the capital of the Emirate (late Caliphate) of al-Andalus.

This launched Córdoba’s golden age. The city became hugely wealthy with architecture, schools, and craftsmen famous across Europe and the Mediterranean. By the tenth century, Córdoba was at its peak with an estimated population of 400,000, and may have been the largest city in Europe. 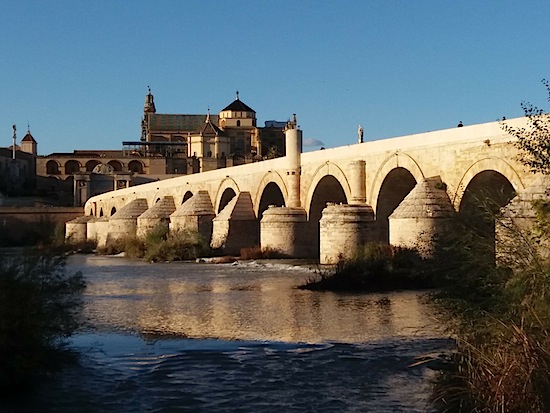 The Roman bridge was built in the first century BC and rebuilt
during the Islamic period on the original Roman foundations. It
is one of several still functioning Roman bridges in Spain. The
famous mosque/cathedral can be seen in the background.

The city was taken by a Christian army in 1236 as part of the Reconquista and began a long, slow decline. While it reamained prosperous for many years, it never recaptured its former brilliance. Still, it retained a large number of buildings from its Muslim, Christian, and Jewish communities.

Two sites I have not shown here are the Alcázar, which is a castle housing some impressive Roman mosaics, and the archaeological museum. We’ll look at those in later posts. 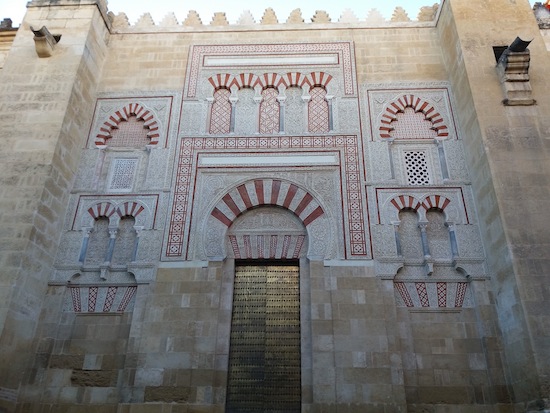 The mosque/cathedral dominates the city center. Here is one of its many gates 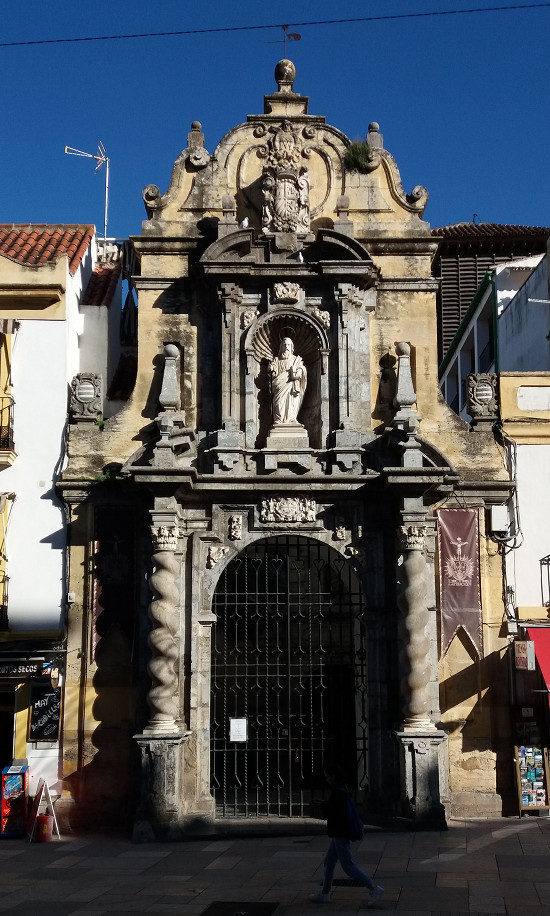 Entrance to an old stately home 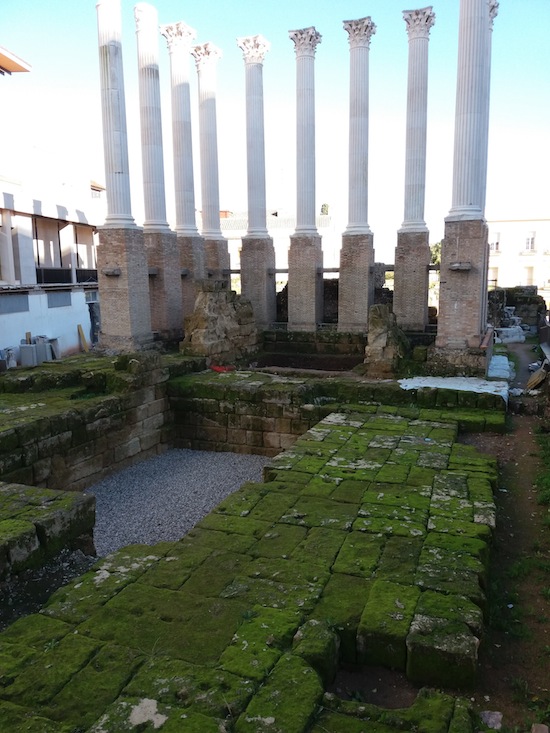 The remains of a Roman temple begun during the reign
of the Emperor Claudius (41-54 AD). It is unclear what
deities were worshiped here, but researchers believe
it was for the Imperial cult. 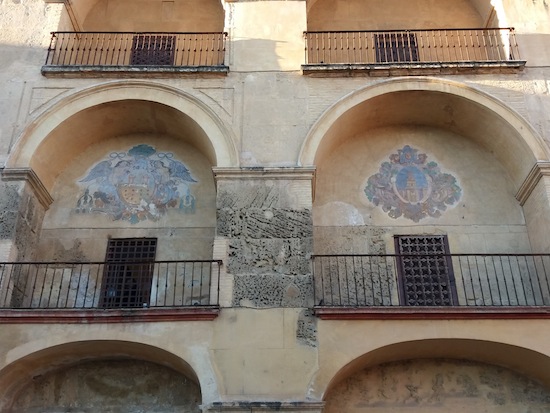 Painted decorations on a historic home 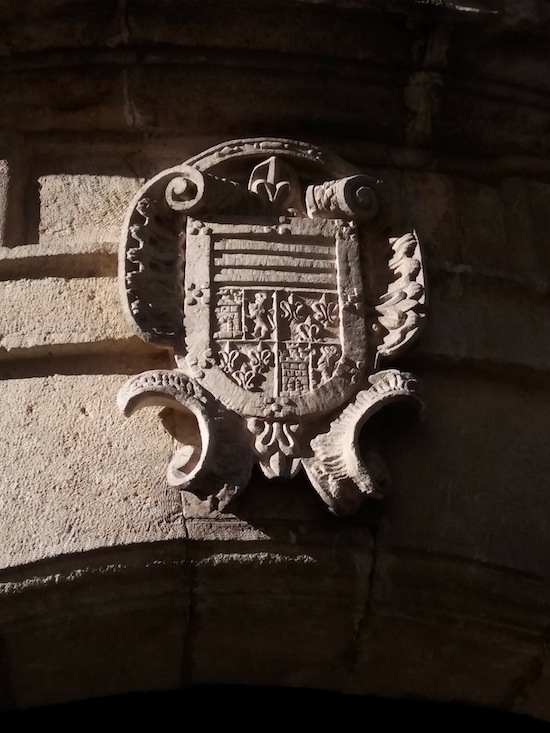 An escutcheon from the old city center 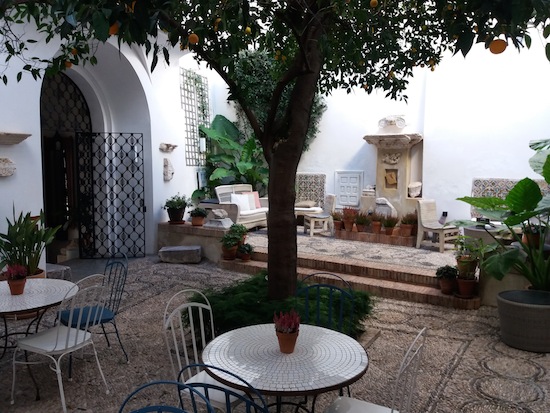 Some historic buildings have been turned into hotels such as
the Balcón de Córdoba, a former nunnery where my wife and I
stayed. The courtyard has lots of archaeological remains
picked up during renovations. 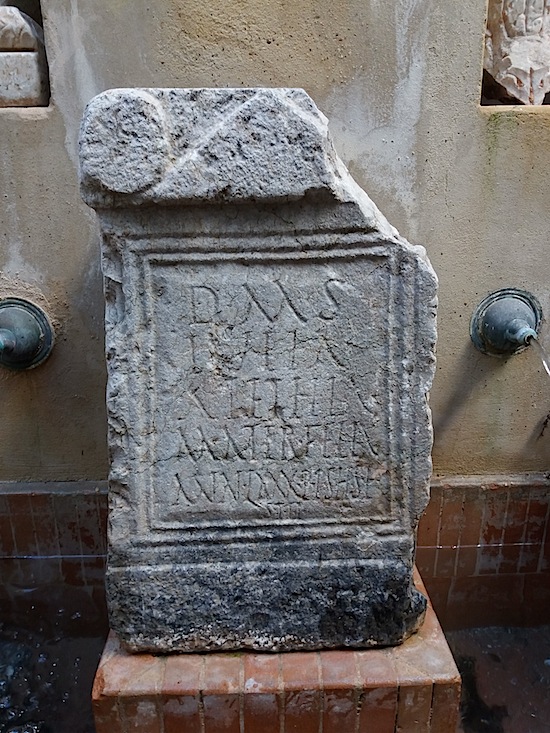 I love these articles Sean. I wonder how many clicks they get compared to other Blackgate posts.