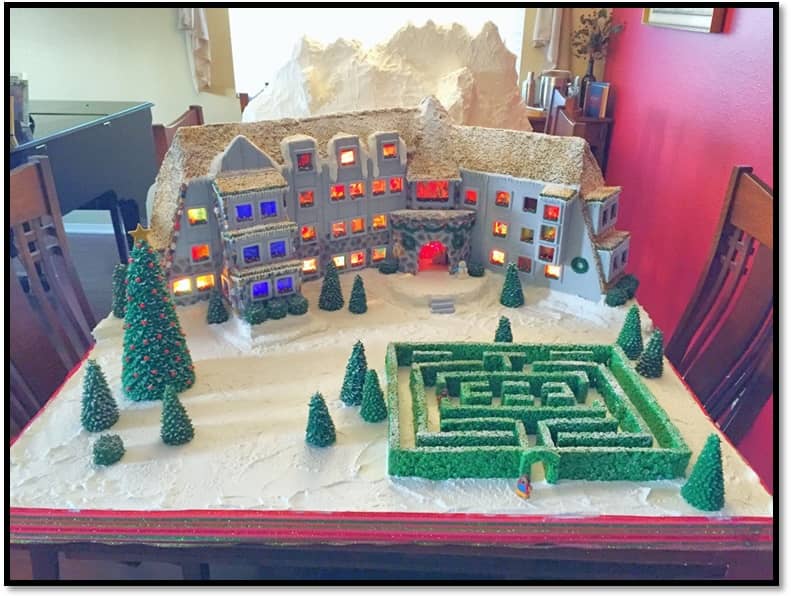 Honestly, the holidays can be a bit of a slow time here in the underground offices of Goth Chick News. Seeing I was looking a bit down, our Big Cheese John O. conceded to make the boys on staff move their D&D game out of the biggest basement room, so we could give our offices a bit of an upgrade. Though Bob and Ryan groused about being further from the fridge, John graciously explained we could not continue to expect Black Gate photog Chris Z. to work off a laptop in the disused lavatory under the stairs. So, once I get the smell of cigars and Cheetos out of the walls, we’ll be moved in with enough outlets for my blender and Chris’ Nespresso machine.

And just when I thought this would be about as much activity as I could expect at the Black Gate offices in December, this happened…

Three best friends turned filmmakers, Natalie Jones, Aaron Keeling and Austin Keeling, best known for their 2015 breakout horror film The House on Pine Street, just produced something even more entertaining. Probably feeling a bit down as well, these superfans got baking and created what is probably the greatest gingerbread house of all time.

Behold, the Overlook Hotel from The Shining. 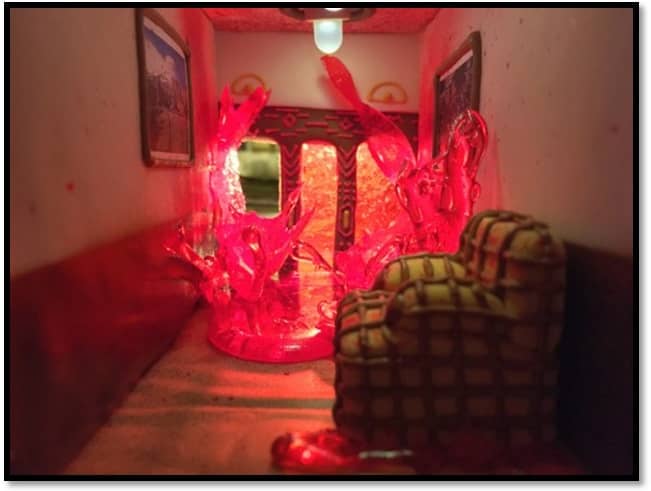 But this isn’t simply the Overlook with all its disturbing angles and hedge maze – this is also specific room and scenes from the movie, recreated in frosting and sugar, with my particular fav being the elevator doors spilling blood into the lobby. But there’s also those creepy little girls, made creepier if that’s possible, as well as Wendy clutching the carving knife while a little bitty gingerbread Jack menaces her through the hole in the door.

And boom… just like that my holiday blues are cured. 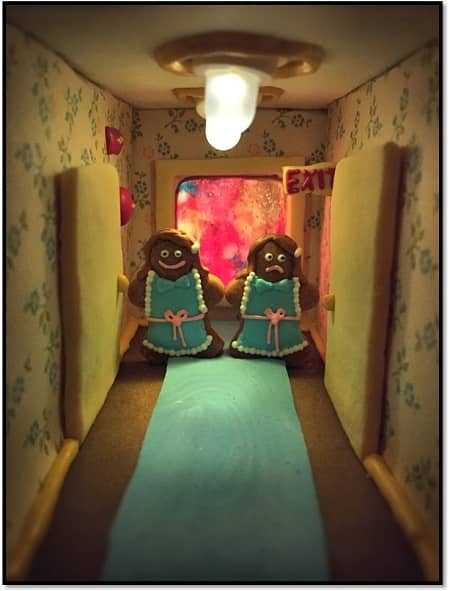 Take a moment and drink in the glorious details, then checkout Aaron’s Imgur page for all the photos and closeups. 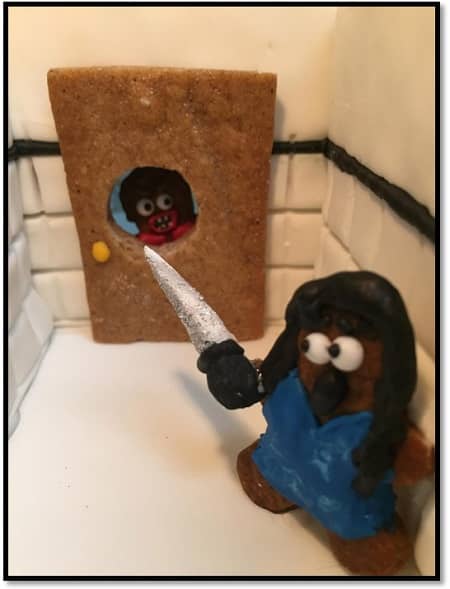 May your holidays be filled with visions of gingerbread Jack Nicholson dancing in your heads… love, Goth Chick News.

The moment I saw that image I A: knew what it was, and B: knew it had to be one of your posts.

Have a great holiday Goth Chick!

From the depths of the new office, and my little black heart, the happiest of holidays to you too.