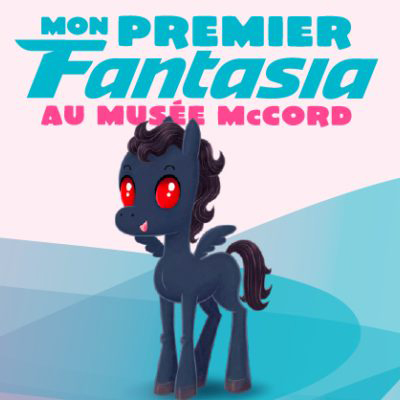 By Eva and Matthew Surridge

Every year the Fantasia International Film Festival has several free screenings of short films for children at Montreal’s McCord Museum of Canadian History. These showings are titled My First Fantasia. On Thursday, July 26, Black Gate‘s regular Fantasia correspondent, Matthew David Surridge, was joined by his niece Eva May Surridge, age 8, to watch a block of shorts titled Daydreams. This special article presents Eva’s thoughts on the movies.

I’ll begin by asking you about each of the movies in turn. First was Anna Gentilini’s “The Amazing Little Worm,” a hand-drawn story about a worm who wants to be other animals.

I think it’s for any ages because it’s very colourful and funny.

Next was Katerina Karhankova’s “Plody mraku” (“Fruits of Clouds”), a story about a small furry creature in a dark forest who dares to explore the shadows and finds a great treasure.

I think it’s not for little little kids because it’s a little scary.

Then was “The Green Bird,” directed by Pierre Perveyrie, Maximilien Bougeois, Marine Goalard, Irina Nguyen-Duc, and Quentin Dubois, a CG film about a bird that’s laid an egg it’s determined to see hatch.

It’s really, really funny. I want to watch it again.

I don’t remember it very well because I didn’t really like it. 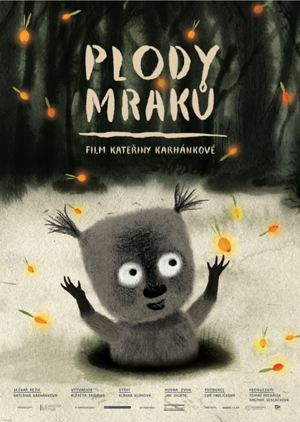 “Petite Faim” (“Little Hunger”), directed by Valentine Arlès, Lisa Dor, Benjamin Duval, Baptiste Galtier, Keyvan Leriche, and Charlotte Mangin, is a series of CG films about two monsters in a strange land trying to get food for themselves.

I thought it was really fun because the monsters were really cute.

I thought it was really imaginative because everything in the girl’s world transforms when she goes down the mountain.

Nicolas Arioli’s “Coin Operated” is a CG film about a little boy with dreams of space exploration.

This one was one of my favourites because it was space-y and nice to watch.

It was a really cute movie and kind of entertaining.

“Atchoo!” by Catherine Trudel-Aubry is about a small wizard who sneezes at an inconvenient time. 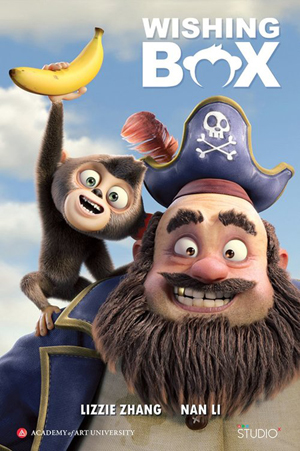 It was really short, a one minute production, but it was also really cute.

Lizzie Zhang’s CG film “Wishing Box” follows a pirate, his monkey, and the wishing box of the title.

This one was definitely my favourite because there was a bit of everything in it.

Finally, “Miriam’s Hen’s Dream” (“Miriami kana unistus”) by Andres Tenusaar is about a hen who has hopes of fight.

I don’t remember it very well because I didn’t really like it. It was a cute little film.

Would you like to see more episodes of any of them, with more adventures of the characters? 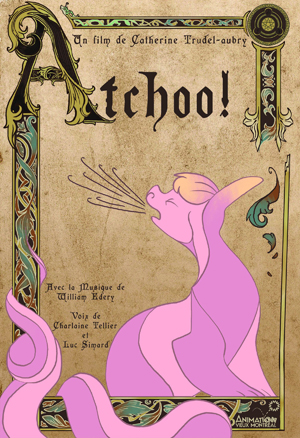 Did any of them seem too long?

I got bored in “Petite Faim.”

Did you get confused during any of them?

Do you think younger kids would enjoy these movies?

Which movie was the prettiest? Were there any that you didn’t like looking at?

I think “Atchoo!” was the prettiest. I really liked how it looked. There were none that I didn’t like looking at.

Did you think there were any bad guys in any of the movies?

Yes, maybe the pirate in “Wishing Box.” I think he might have been the bad guy because he was being selfish.

Did you think all the movies together felt too long, too short, or just right?

You can tell your niece that a mom with a kid her age really appreciated her review.