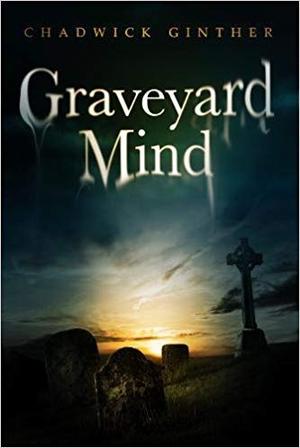 I love a book set in a Canadian city… other than Toronto. Sorry, T-dot; you get a lot of attention in the mainstream, but we have a big-ass country for SFF authors to play with, and as Bobby Singer once said to the Winchesters, “You ain’t the center of the universe.”

Sorry, that probably seemed aggressive. But it’s justified, since one of the things worth celebrating about Chadwick Ginther’s newest novel, Graveyard Mind, is that once again he brings us back to Winnipeg, painting it in a much different light than his Thunder Road novels by focusing on the underworld: ghosts, vampires, monsters, and more. There’s a similar feel here in the way Chadwick weaves interesting story elements together, presenting a unified world that makes total sense while being freaky and entertaining. You’ve got Frank, a golem stitched-together from dead soldiers who grapples with wanting to die; an underworld “territory” divided between an aging, pot-bellied vampire and an aristocratic animated skeleton; and protagonist Winter Murray, the necromancer charged with protecting Winnipeg while she deals with her never-born twin sister whispering in the back of her head. There’s even hell hounds and cultists and whatnot!

The freaky moments are superb, like where Winter’s frenemy vampire Christophe shows up at an art sale and brings the entire room under his thrall just to throw his weight around. These are so gripping because of Chadwick’s excellent character work; even minor characters make you care about them because, apologies for the cliché, they jump off the page. Graveyard Mind is a lot like The Dresden Files in that the interpersonal is just as important (and handled as well) as the excitement and terror of the supernatural. Winter tries to support her best friend Lyssa, who’s lost her mother, while at the same time keeping a local cult from taking over the funeral; she has a tenuous relationship with the lingering spirit of her mentor, Grannie Annie, who abducted her and brutally trained her in necromancy, keeping her from ever seeing her parents again; and so on. The consequences of Winter’s decisions on these relationships are more important than the consequences for her city or the supernatural world, because that’s what matters more to her.

But most importantly, Graveyard Mind is relateable mainly because it’s a story about balance. Winter’s balancing work obligations with a personal life is no different than an ER surgeon or a prosecutor. Different characters worry about interpersonal balance, or spiritual balance. There’s even political balance, which is how Winter keeps Winnipeg safe. The necromancy, monsters, etc., like The Dresden Files, are really the flavor for telling a story about people struggling and fighting for what they care about. And even though a solid standalone is rare these days, I hope Chadwick has more planned for this world, so I can find out what happens next.

An Ottawa teacher by day, Brandon has been published in On Spec, Pulp Literature, Electric Athenaeum, and elsewhere. Check out his short fiction in Timeshift: Tales of Time, featuring authors like Cat Rambo, Kevin J. Anderson, and Ken Liu here. You can also follow Brandon at brandoncrilly.wordpress.com or on Twitter: @B_Crilly