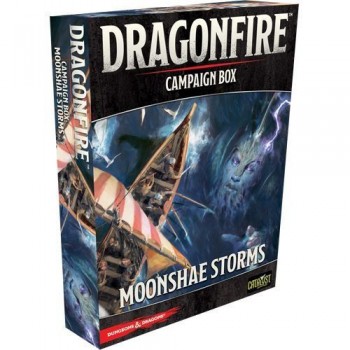 Two weekends ago, I trekked out to Columbus, OH, from my home gaming grounds of central Indiana, in order to experience my first Origins Game Fair. I’ve covered it in a couple of previous posts, the Origins Awards and my talk with the folks at Paizo about their upcoming Pathfinder Playtest and organized play options. But, of course, when you’re at a convention like this, one of the nice things is to walk around the exhibit hall and get exposed to new games.

Origins is different from GenCon, in that many companies build their entire annual release schedule around having big GenCon releases and announcements of upcoming releases. Origins, on the other hand, is more about playing games, and there seemed far less of an emphasis on having the early release of brand new, never-before-seen games. Still, there were some new treasures there … either ones that were completely new, or ones that I was exposed to for the first time, at least.

One of the big new releases being shown off at Origins was Catalyst Game Labs’ new expansion for the Dungeons & Dragons deck-building game Dragonfire. The new “campaign box” expansion, Moonshae Storms (Amazon), was available. Moonshae Storms adds new adventure cards and continues the “An Ancient Evil Arises” campaign storyline from the Dragonfire base game, and also expands the options with a Mountain setting, various new monsters to fight (including lycanthropes and fomorians) and market cards and magic items for players to acquire as part of their decks, as well as 8 new character cards. Dragonfire has had a couple of smaller Adventure Packs released over the last year, and a couple more on the horizon, but Moonshae Storms is a much more substantial increase in the game options than presented by those smaller adventures.

In addition to Moonshae Storms, Catalyst Games Labs also had the Heroes of the Wild expansion. A follow-up to the Heroes of the Sword Coast, this is a set of 32 character cards and include sorcerers and barbarians as new classes in the game, and races of Lizardfolk, Tabaxi, Kenku, and Aasimar, as well as new character types from existing races and classes.

The folks from Cryptozoic Entertainment also had a release with their Crossover Pack 7 – New Gods for the DC Deck-Building game. I’ve previously reviewed the original game here, and the first of its Crisis-themed expansions here. This is a game that has a pretty steady stream of expansions over the last several years, most recently with the massive Confrontations box set, which re-emphasizes a competitive mode in team vs. team or head-to-head modes, built around the theme of the players representing arch-enemies like Lex Luthor and Superman or Ocean Master and Aquaman. (The structure is similar to the standalone deck game Rivals: Batman vs. Joker.) The Crossover Packs are smaller (and cheaper) sets that include some new character and card options, built around a single theme like the New Gods, or Flash’s gallery of  The Rogues, or Birds of Prey. Cryptozoic is also releasing in a couple of months their Crisis Expansion 4, which focuses on characters from the Teen Titans.

On a less superheroic front, Cryptozoic had their fantasy game The Arrival, in which you play tribe leaders in ancient Ireland who are attempting to wrestle control of the island from the demonic Fomori. As the game progresses, players move along two different tracks: the Fame track and the Corruption track. The victory conditions, determined by events of the game, result in characters having to make strategic choices about which track to focus their attention on as they play, not knowing for sure what will serve them best to win the game. 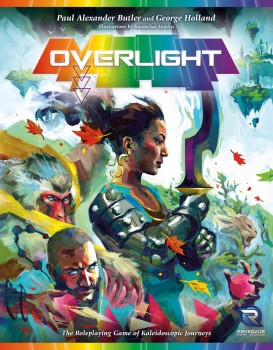 Two roleplaying games that showed up at Origins were produced by Renegade Game Studios. The first, Kids on Bikes, reminds me very much of Tales from the Loop, although perhaps with a bit less of a science fiction emphasis. You’re a kid in a small town and weird stuff is going on, so it’s up to you to figure it out. (Unlike Tales from the Loop, this game does allow you to play adults, it seems.) If you want to be a little less Nancy Drew and a little more Stranger Things, there are options to create a group-controlled powered character that can drive the drama and narrative along. The game is a collaborative storytelling form of RPG, so if that’s your thing, it’s definitely worth checking out.

Renegade Game Studios is also putting together their fantasy game Overlight, which had a successful Kickstarter earlier in the year. The goal of this game is really to dive into a unique, original fantasy setting that is beyond what we traditionally see in roleplaying games. It is ambitious and beautiful, with a world that consists of seven continents hanging above each other in the sky above an endless sea. They had a free RPG adventure available at the convention, but so far this game is still being produced and isn’t yet available to the masses.

You can check out their official page for some downloads, like sample character sheets, to get a feel for both of these games.

White Wizard Games, creator of the science fiction deck-building game Star Realms and the fantasy deck-building game Hero Realms, had their new campaign expansion, Hero Realms: The Ruin of Thandar (White Wizard, Amazon) available at Origins this year. The core game of Hero Realms is full competitive, but the campaign aspect of Ruin of Thandar turns it into a cooperative game against evil forces that grow in power over play, even while the heroes are also growing in power over repeated adventure encounters. If you have existing Hero Realm heroic classes, those can also be used with the campaign expansion.

Another deck-building game of interest was Aeon’s End: War Eternal. The art is top notch, which is always helpful, but what really intrigued me was the curious mechanic for how the deck is built. In most deck-building games, you buy cards that go into your discard pile, but the cards are then shuffled when the discard pile is flipped over. In Aeon’s End: War Eternal, you flip the discard pile over without any shuffling … so the order in which you play or acquire cards matters strategically, as you are trying to set up card combinations for future rounds of play. It also turns out that this one is a stand-alone sequel to Aeon’s End, and a Kickstarter has been successfully funded for Aeon’s End: Legacy, intended to expand the mechanics of the play into a full campaign mode. Usually when a game has multiple funded expansions, it’s a sign that the developers have really put together something worth checking out, so I can’t wait to dive more deeply into this game and get a full review of it.

One last set of games that caught my attention was from the historically-focused game company Academy Games. A couple of months back, I played Axis and Allies with my son and thought that it would be nice for there to be a Revolutionary War-themed game along similar lines. Turns out that 1775: Rebellion is just the sort of game I was looking for. Instead of an array of miniatures, units in the game are represented with colored wooden cube tokens, but beyond that it is exactly the sort of game I was thinking of. It’s part of a series of historical games that includes 878: Vikings – Invasion of England, 1754: Conquest – The French & Indian War, and the co-op game Freedom: The Underground Railroad. Definitely worth checking out for those who like a bit of history mixed in with their board games. 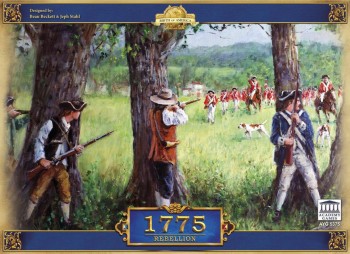