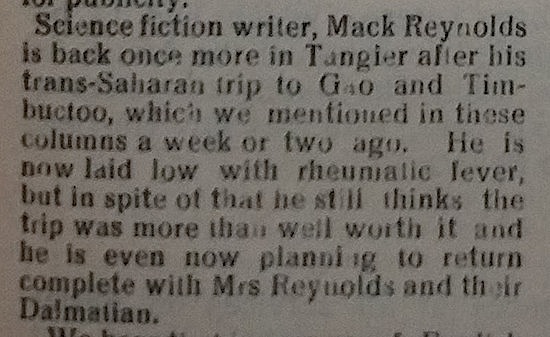 Sadly, the archives of the Tangier Gazette are missing a few issues, and I did not find any followup articles to see whether Reynolds returned to Timbuktu, or the previous article mentioned in the one pictured here. 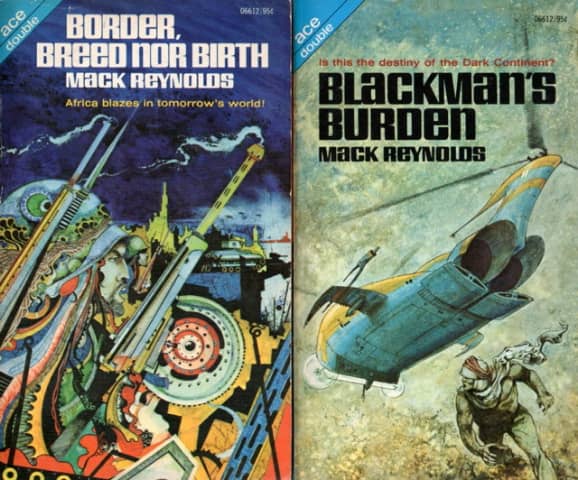 Reynolds used the North African setting in several stories and novels, including Blackman’s Burden (1961), Border, Breed nor Birth (1962), “Black Sheep Astray” (1973), and The Best Ye Breed (1978). Blackman’s Burden includes scenes in Timbuktu. At the time, he was one of the few writers in the genre to look the race problem squarely in the face rather than abstracting the issue by using aliens as stand-ins for minorities. He also wrote a romance novel set in Tangier called The House in the Kasbah (1972) as Maxine Reynolds. 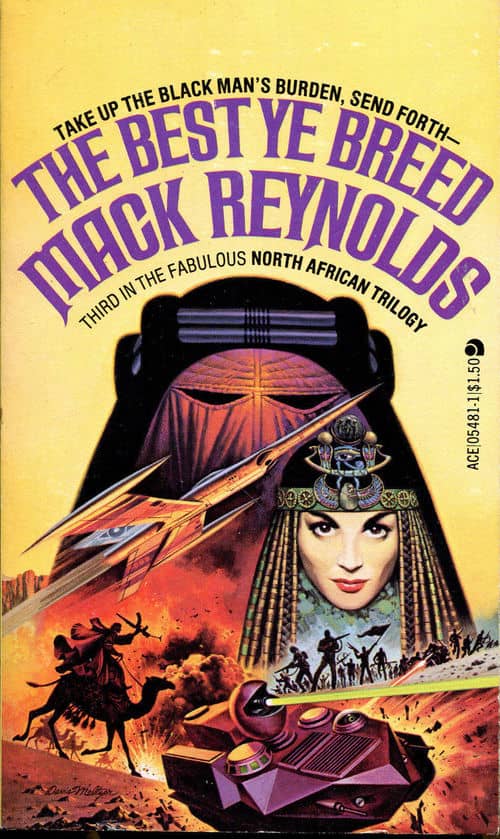 Anyone out there know of any travel writing by Reynolds of his trip to Timbuktu?

Thanks to the American Legation in Tangier for helping me uncover this nugget of literary history. It wasn’t what I was looking for, but it was much appreciated!

Actually, I was researching a bank in the International Zone that got stolen. No, not robbed, stolen.

Mack Reynolds did write a book about Americans living abroad, The Expatriates (1963), but the HathiTrust digital library copy does not include any instances of “Timbuktu” (or “Timbuctoo”) in it.

He was also the foreign travel editor for Rogue magazine (“Designed for Men”) during his own years abroad, so perhaps they published something from him regarding his journey to Timbuktu.

But you are going to tell that other story, the one about the stolen bank, right? Because I am so there for that story.

Sarah: It will be told in a short detective novel called Tangier Bank Heist, set in the International Zone era. That was the project I was working on down there. I go to North Africa (usually Tangier or Cairo) a few times a year to write.

Reynolds co-wrote four Solar Pons stories with creator August Derleth. Two saw the light of day in The Magazine of Fantasy and Science Fiction, while the others remained unpublished until long after Derlth’s death.

Legendary Anthony Boucher got the project going, but his delay in printing the stories led to it dying from inactivity. Reynolds was more interested in his international travels..