There are just too many books out there to read, too many still to get to, (too many that you’ll never get to!) and sometimes when you finally do read one of those older “classics,” the inevitable allowances you have to make for the style, the ideas, and the attitudes of an earlier era can make you come away feeling dissatisfied. You feel guilty even asking the question, but really, what was all the fuss about? What the hell was so “classic” about The Moon Pool anyway? So many vintage books seem to require the qualifying quotation marks.

There’s probably no genre as vulnerable to this sort of thing as science fiction. SF was always supposed to be the cutting edge, but let’s be honest; some of its most famous books — through no fault of anyone but Father Time — feel old. When the “door to tomorrow” starts to creak so loudly that you can hear the sound all the way across the parking lot, it can be pretty embarrassing. This is why it’s such a great pleasure to come across a “classic” (especially a neglected one) that lives up to and even exceeds its reputation, an older book that still has a dangerous edge that time has yet to dull.

Algis Budrys’ 1960 story of exploration, mortality, and the mystery of identity, Rogue Moon, is, I think, one of the most brilliant science fiction novels ever written, employing as it does some dusty old “gosh-wow!” pulp science fiction props with a new ambition and a deeper, more serious purpose.

An alien artifact has been discovered on the dark side of the moon — an enormous, labyrinth-like structure that has been there for at least a million years. We don’t know who built it or why (and within the bounds of the story, we never do find out). We have no idea what it really is; we only know what it does. It quickly and violently kills anyone who enters it, which places a seemingly insurmountable obstacle in the way of answering any questions about its origin or purpose. But as you would expect in a science fiction story, an intrepid scientist provides an ingenious solution.

Edward Hawks has invented a matter teleportation device by which men can be sent to explore the structure. When the teleporter sends the subject to the moon, it also makes a “copy” that stays here on earth, and the two men (who are really the same man) are in telepathic communication with each other. (The earth version of the explorer stays in a sensory-deprivation tank while his duplicate is on the moon.) In this way, the explorer can report on his experience inside the labyrinth even after he — or the lunar version of him — dies. (It’s the only way he can report, because radio doesn’t work inside the structure.) 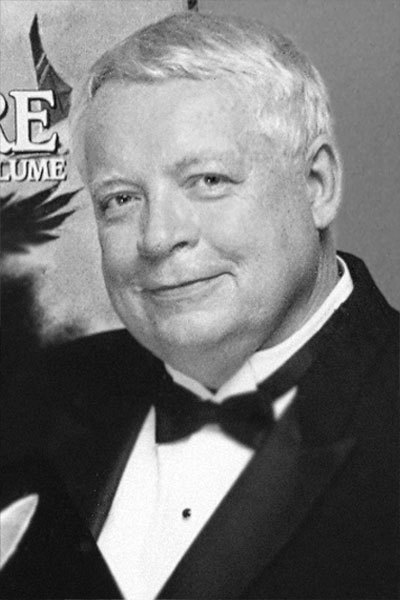 Unfortunately, it soon becomes clear that even this method doesn’t work, because the experience of sudden death — even if it’s “only” experienced telepathically — always renders the earth copy insane and unable to give a coherent account of the structure’s interior or what happens there. Just as the exploration project is about to be abandoned, Hawks finds a man who may be able to succeed where all others have failed — Al Barker, a man who’s half crazy already, a reckless daredevil who’s been courting death all his life.

Though the psychological stresses push each man to the limit, Barker is able to repeatedly experience his own death and retain his sanity, and Hawks continues to send him to the moon knowing that he’s condemning Barker to die horribly, day after day. Finally, when both men are near the breaking point, Hawks joins Barker on the moon for the final trip through the structure. Together, they are at last able to work their way completely through the maze, providing a map for the exploring scientists and technicians to follow — but even with this success, Hawks and Barker must still confront ever-present death in an unexpected way, one last time… 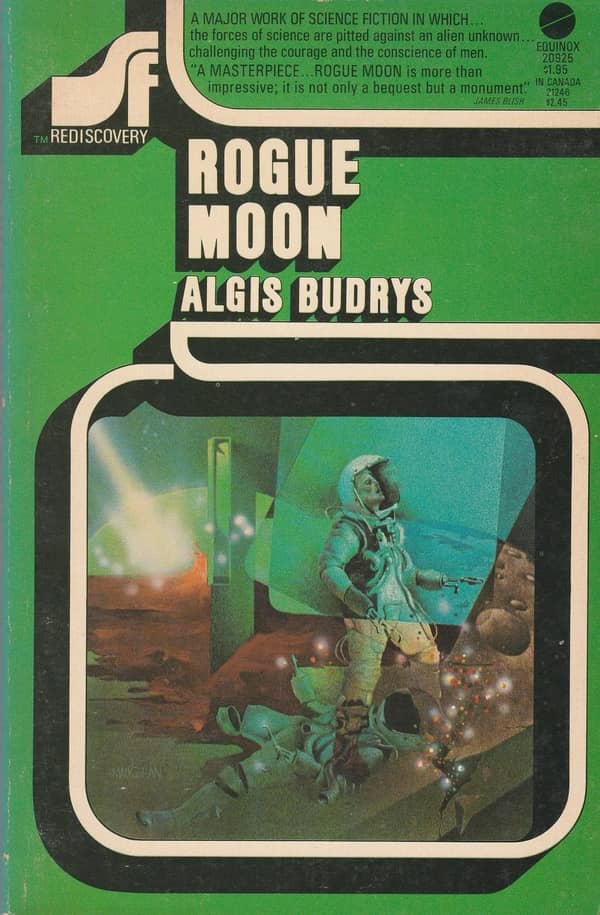 The book is elegantly written in a swift, vividly colored style that doesn’t feel the least bit dated, and the wild premise and SF plot machinery are perfectly handled. (Budrys does especially well with the central implausibility of the teleportation/duplication technology — he keeps it both specific and vague at the same time, enough to be reasonably convincing while also forestalling any eyeball-rolling on the part of the reader.) Under the author’s steady hand, the potentially unruly elements mesh perfectly, resulting in an unusually sophisticated story which successfully operates at several different levels. First and foremost, Rogue Moon is a meditation on death. Budrys begins it with the famous epigram from a New England gravestone:

Halt, Passenger!
As you are now, so once was I.
As I am now, so you shall be.
Prepare for death, and follow me.

It’s an appropriate beginning, because death, that trackless maze that all must enter, that immemorial structure raised by hidden hands for an unknown purpose, looms over every page of the novel. The brute, inescapable fact of mortality follows Hawks and Barker every step of the way, and it raises the stakes of their story far beyond those faced by the stick figures of lesser SF tales.

At the same time, the book is also deeply concerned with the human drive for knowledge at any price, with the ultimate inscrutability of the universe, and most profoundly, with the nature of human identity and consciousness. (The teleporter actually makes two copies of a person, one on earth and another on the moon, and the “original” person is destroyed in the process, dies, in fact, killed by Hawks’ device as surely as by the alien artifact — so who is this person now, really? Doctor McCoy would have understood the conundrum.) Hawks and Barker are only ostensibly exploring the labyrinth — what they’re really exploring is the frighteningly alien territory of their own minds and souls, and their search for answers culminates in one of the most startling and powerful endings you’ll ever read.

Algis Budrys (who died in 2008) is probably best known for his fine 1958 novel Who? which like Rogue Moon is concerned with the exploration of the dark inner spaces of the human personality. (It also spawned, in Kelly Freas’ illustration, above right, one of the most iconic images in SF history.) He spent much of his long career as an editor and critic (his witty — and often rather cutting — book reviews appeared in Galaxy for many years), and the handful of novels and short stories he left were far too few. 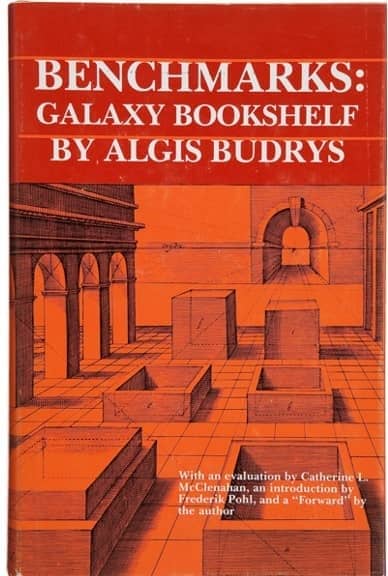 The best of them are startlingly contemporary still; despite its age, the ambition, intricacy, and nuance of Rogue Moon make it a true science fiction masterpiece. It’s a classic without the quotation marks.

Thomas Parker is a native Southern Californian and a lifelong science fiction, fantasy, and mystery fan. When not corrupting the next generation as a fourth grade teacher, he collects Roger Corman movies, Silver Age comic books, Ace doubles, and despairing looks from his wife. His last article for us was a review of William Hope Hodgson’s The Night Land.

One of the greatest of SF novels, and underrated, in my opinion, because it appeared in the same year as another great SF novel, A CANTICLE FOR LEIBOWITZ.

I like contemplating the list of alternate titles for ROGUE MOON: THE DEATH MACHINE; THE ARMIGER, (my favorite); HALT, PASSENGER!; or even Kingsley Amis’ suggestion, THE BEND OF THE DOGLEG.

[…] Black Gate » A Classic Without the Quotation Marks: Rogue Moon. Be warned that, without maybe being terminally spoilery, it gives away a little too much for my comfort but I can’t resist linking to anything promoting Budrys and/or Rogue Moon. It also gets in a little about Who? and his reviewing and so forth. […]