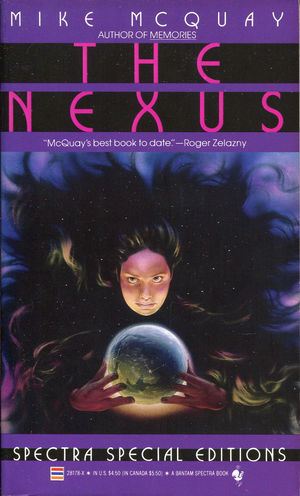 Amy Kyle, an Autistic girl on the threshold of puberty, has divine powers. She can cure the sick, heal the lame, mend broken bones and make horrible scars disappear. She also has incredible powers of teleportation and telekinesis, and can manipulate reality in such ways as making a horde of food appear out of thin air, the way Christ is said to have done with the loaves and fishes. Thus, the comparisons to Christ and discussions about the nature of God and divinity are at the core of this story. Amy’s mother, Tawny, is a booze-addled, chain-smoking, sometime prostitute and train wreck of a human being who can channel her daughter’s powers. This she does in old-fashioned “revival” type meetings, charging people a modest sum to be healed and cured of their physical limitations and ailments.

Denny Stiller is a nearly washed-up newsman for WCN, a Dallas, Texas cable news network, who lives and breathes for “the story.” He is a self-professed seeker of the Truth who lives a life avoiding most relationships and commitments. Part hero, part rogue, his whole adult life has been devoted to being the ultimate newshound, the ultimate reporter. Frank Hargrave is a Vietnam veteran with a badly scarred and damaged leg. A one-time storm chaser who can barely hang onto his sanity; he’s one of the walking wounded who drinks too much in an effort to numb himself from the nightmares, the cruelty, and the violence of the world. An overly sensitive soul, he leads a troubled life filled with pain and terrible nightmares, but none of this intrudes on his talent for “capturing the moment” on film. The head honchos at WCN would have dumped him long ago, if not for Denny’s support and belief in his friend.

But Denny himself, once the top reporter at WCN, was demoted to covering less-urgent news because of a scathing interview he once conducted with the President of the United States of America. Now he’s trying to redeem himself and work his way back to being king of the news hill.

Molly Hartwell is a producer at WCN, and is also in love with Denny. She stands by him, backs him all the way, and risks her own career in order to help him rise to the top of the heap again. But Denny often mistreats her, uses her, and her love for him is not always reciprocated, not in the way she wants. Their relationship is further complicated when she finds out that she’s pregnant with Denny’s child, something he neither wants nor cares about; although she asks and expects nothing from him in return, he tells her that he is willing to help her out in any way he can.

But their lives become even more complicated and turned upside down when Denny and Frank stumble upon Amy and Tawny Kyle one night is a local bar, where Tawny is using her daughter’s powers to work miracles and earn a few bucks. Frank films these miracles and Denny files a report with WCN. From there, the plot speeds like a bullet train as they take Tawny and Kyle under their wing so they have the exclusive rights to their story.

These are the major players in Mike McQuay’s brilliant novel, The Nexus. I first read it in 1989, and have now read it three times. It intrigues me, holds my interest with great characters, fine writing and controversial subject matter. It’s a powerful story, with chapters (acts) opened and closed in screenplay format, a nice gimmick that adds to the reality of the story, to make us television viewers as well as readers. In between these framing devices McQuay gives us tight, clear narrative prose and crisp, insightful dialogue. The characters are rich, complex, troubled and flawed, and as real as the people we know in our own lives. That The Nexus didn’t receive even a nomination for the Nebula and Hugo awards is, in my opinion, almost unforgivable.

Now, when Denny’s bosses at WCN get their first look at the film footage he and Frank bring back to the studios, they are allowed to go live, on the air, to conduct a series of experiments with Amy, in order to get at the Truth of what she and her mother are all about. This causes a stir of controversy, and while Denny never once makes the claim that Amy may be a god, or may in fact be God, people read into this in whatever way suits their religious beliefs.

All this media attention angers one wealthy and powerful televangelist named James Connover. Upon seeing the healing of Frank’s war-damaged leg and the resurrection of a dead dog, he condemns Amy as a false prophet, a false messiah, and calls Denny the Anti-Christ. He, like both the United States and Russian governments, want to get their hands on Amy, because they see in her a potentially powerful weapon. And as Denny Stiller’s experiments and broadcasts continue, a media fire storm explodes, with pilgrims and non-believers descending upon Dallas to find Amy Kyle. Violence and riots erupt, and the POTUS asks the United Nations for help, thus allowing foreign troops on American soil for the first time since the Revolutionary War.

When the pressure and insanity of what they’re doing finally become too much for Molly and her already fragile relationship begins to unravel, she suffers a break down and takes off on her own. Meanwhile, Frank and Tawny have become involved in a co-dependent, binge-drinking romance. This is when Denny starts to form a bond with Amy, and then discovers that he doesn’t need Tawny — that he can channel the Autistic girl’s miraculous powers and change the world. So he begins to conduct more televised experiments with Amy, which not only gains them devoted followers, but brings down upon their heads the wrath of the religious right as well as certain governments.

Then he decides to effect a major change in the world: he wants to cure world hunger. He does this by having Amy make everyone watching the broadcast suffer the pain of starvation, and no matter how much people eat, they still suffer and begin to understand and have compassion for the people of the world dying from hunger. Governments and private agencies start to cooperate, and the whole nature of business begins to change as food replaces the gold standard. Finally, for the first time in history, the solution to world hunger has been found. This further enrages Connover and his army of followers, and he wants both Amy and Denny dead, and sets those plans into action.

It’s at this point that Denny finds himself not so much in control of Amy as she is in control of him. She has invaded his mind and takes him into her own private little world, where they can communicate on a verbal level, as one adult to another. She can make paintings like Manet’s A Bar at the Folies-Bergère come to life, which allows Denny to enter that world and interact with the “people” in it. Amy also takes Denny back in time to the scene of the car accident that killed his parents and left him an orphan, and there he finds his mother and father resurrected; they not only know who he is as an adult, but they take him home where he meets his 6-year old self. 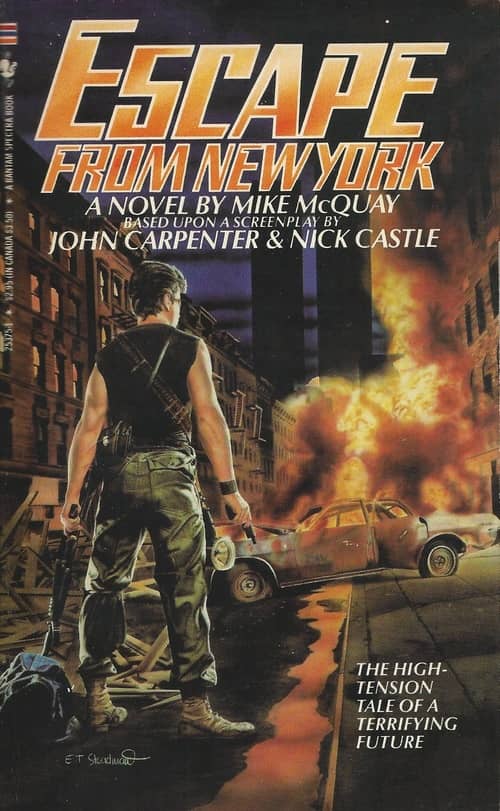 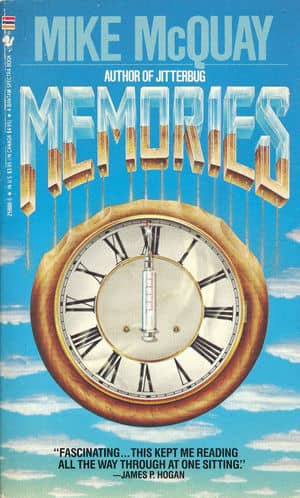 Amy’s power gives form to Denny’s thoughts and desires. Fantasy becomes a false reality for him, but when he comes to see the world through the eyes and mind of this Autistic and innocent young girl, he begins to understand… everything…  and that Amy wants, needs to fuse with him, become one with him so they can live together inside the fantasy world of her mind. Amy wants nothing more than to be loved and protected.

There are some sexual situations that may offend some readers, but none of it is real: it’s all in Denny’s mind, put there by Amy’s need to communicate, to be loved, to be “fused” with another human being. This is a complex story with many themes, incidents, questions and issues that are even more relevant in the second decade of the 21st century than they were in 1989. Greed, hunger for power, corruption and the power of the media are center-stage in this brilliant novel.

The main story of Denny and Amy is at the center of a major conspiracy involving DEA agents, a Mafia king-pin, a corrupt POTUS, the CIA, televangelists, a drug lord trading cocaine for technology, and a clandestine organization not answerable to the United States Congress seeking to carry out covert operations around the world.

As Denny realizes what is happening to him, what Amy’s power and personal needs can do, he meets his moment of epiphany and begins to set his feet on the right path. But while all this is happening and he tries in vain to convince the world of his good intentions and make them understand that Amy is just a little girl, not God, not the Anti-Christ, everyone wants a piece of them…  or their heads mounted on a wall.

The story ends as it should, the only way it should, and it is a sad, bitter-sweet climax, indeed. If you haven’t read The Nexus, I highly recommend that you seek out a copy and immerse yourself in a novel that is not only entertaining, but frightening, dramatic, thoughtful, intelligent, and in many ways, prophetic.

Mike McQuay has also written Memories, a follow-up to The Nexus, which I have not yet read, and only discovered while doing some research on his work. Among some of his other novels are Pure Blood, Jitterbug, and the novelization of John Carpenter’s film, Escape from New York.