DeCandido has written the Precinct series as well as works in a number of licenses series, including Star Trek, Buffy the Vampire Slayer, StarGate SG-1, and Dungeons and Dragons  In 2005, he published the official novelization of the film Serenity. DeCandido has also written numerous comics and blogs for Tor.com. In 2009, he was inducted as a Grand Master by the Scribe Awards for his work on media tie-in publications.

“A Vampire and a Vampire Hunter Walk Into a Bar” was published in the final print issue of Amazing Stories from Paizo Publishing, cover dated February 2005. The story has not been reprinted since.

The very clichés which DeCandido skewers in “A Vampire and a Vampire Hunter Walk Into a Bar” are what cause the story to work. On its surface, it’s the tale of the two title characters sitting in a bar complaining about the expectations the public has about them, particularly the vampire, based on the films Nosferatu, Dracula, and the television series Buffy the Vampire Slayer.

However, the very sense of camaraderie the characters show is based on the idea that during the Victorian period, when Dracula was first published, gentlemen antagonists would have a level of respect for each other’s abilities.

The story is a lighthearted look at two individuals whose (incredibly long) lives are linked together. The humor of the piece comes from how pedestrian their interaction is under the most extraordinary of circumstances. The story also serves to deconstruct the vampire story by questioning all of the things people “know” about vampires.

Reviewed in its only publication in the magazine Amazing Stories, edited by Jeff Berkwits, February 2005.

I might have gone for a Janet Kagan story, though it is nice to have the last print issue of AMAZING show up just as we have heard that it is being revived in print!

Speaking of AMAZING, though, how about a Frank R. Paul cover! Today is his birthday, too!

With all due respect to Keith R.A. DeCandido. I view Frank R. Paul as one of the most important figures the genre has ever seen. He shaped science fiction far more than most pulps writers of his era.

Here’s a Paul cover, just as some subversive counter-programming. 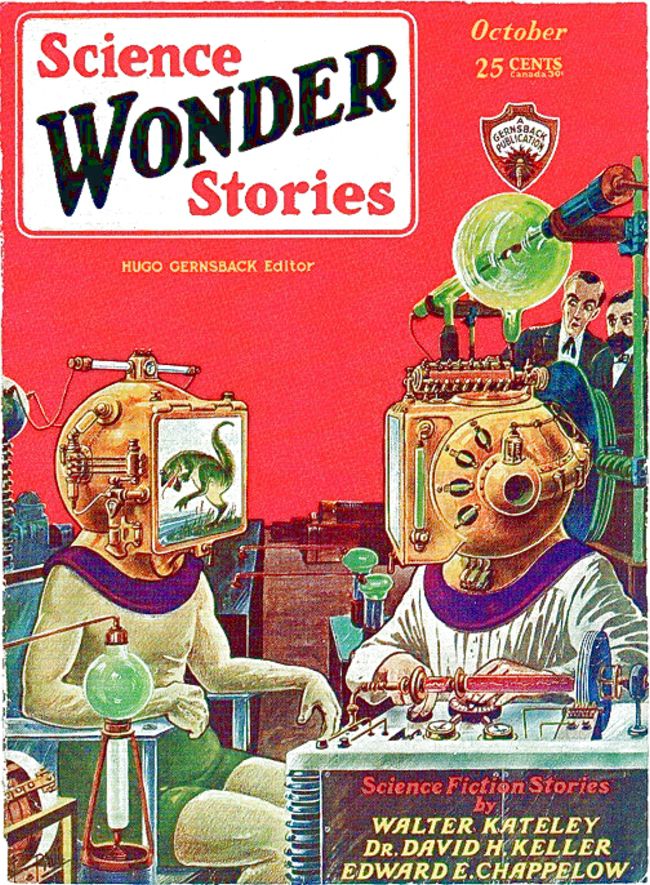 With all due respect to Frank R. Paul, he didn’t exactly write science fiction. You need to find someone insane enough to do a Birthday Review of Artists series.

It’s actually pretty neat that Steven reviewed a story from the very LAST print issue of AMAZING (until Steve Davidson’s upcoming revival), allowing us to see the cover of that issue; and Frank R. Paul did the cover for the very FIRST issue of AMAZING.

So it really worked out nicely!

I’m going to claim I did the last issue-first issue thing on purpose.

Thanks so much for the review!

However, the story has actually been reprinted twice, once in the online zine THE TOWN DRUNK, and once in my short story collection WITHOUT A LICENSE. Also Gypsy Audio made it into an audio drama.

But this was a very nice birthday present, thank you!

[…] In honor of my birthday, Steven H. Silver of Black Gate Magazine reviewed my 2005 short story &#822… which appeared in what was at that point the final print issue of Amazing Stories (a distinction it’s going to lose soon, as the magazine is at last being revived). It’s an all-dialogue story that I originally wrote for a Van Helsing anthology that was being put together to time with the release of the 2004 Van Helsing movie, before we all could possibly know that that movie would be a steaming pile of poo. […]