James Tiptree, Jr — aka Alice Sheldon — was one of the finest science fiction writers of the 20th Century. As Thomas Parker put it in his review of her Hugo Award-winning biography The Double Life of Alice B. Sheldon, by Julie Phillips:

Alice Hastings Bradley Davey Sheldon was a remarkable person — world traveler, painter, sportswoman, CIA analyst, Ph.D. in experimental psychology… and one of the greatest of all science fiction writers. If you don’t recognize her name, that’s partly by her own design.

Born in 1915, from an early age Alice was a lover of this new genre that was in those days still called “scientifiction,” devouring every copy of Weird Tales, Wonder Stories, and Amazing Stories that she could find, but it wasn’t until the mid 60’s that she tried her hand at writing any SF herself. After some false starts, she completed a few stories and in 1967, when she was 51, she sent them off to John Campbell at Analog, not really expecting anything to come of it. As she considered the whole thing something of a lark, she submitted the manuscripts under a goofy pseudonym that she and her husband, Huntington (Ting) Sheldon, cooked up one day while they were grocery shopping — James Tiptree Jr. The Tiptree came from a jar of Tiptree jam; Ting added the junior.

To Alice’s professed surprise, Campbell bought one of the stories, “Birth of a Salesman.” A new science fiction writer was born, one who would, in the space of just a few years, make a tremendous impact on the genre (as two Hugos, three Nebulas, and a World Fantasy Award attest, to say nothing of the James Tiptree Jr. Award, which is given to works which expand or explore our understandings of gender).

Tiptree wrote two novels, Up the Walls of the World (1978) and Brightness Falls from the Air (1985), but it’s her short fiction for which she is remembered. Virtually all of her short stories have been gathered in important collections such as Her Smoke Rose Up Forever (Arkham House, 1990) and Meet Me at Infinity (Tor, 2000). But I don’t think it’ll come as a surprise to anyone that I prefer to read Tiptree in her original paperbacks, including her very first collection, Ten Thousand Light-Years From Home, released by Ace in 1973.

Ten Thousand Light-Years From Home is a knockout collection, with two Hugo nominees and one Nebula nominee. It placed fourth in the annual Locus Poll for Best Reprint Anthology/Collection, placing above every other collection that year (including volumes by Philip José Farmer, Philip K. Dick, Larry Niven and Gordon R. Dickson), and losing out only to The Science Fiction Hall of Fame, Volume Two B and Best Science Fiction of the Year anthologies by Terry Carr and Donald A. Wollheim.

While Tiptree’s style evolved over the years this book covers, my favorite story remains one of her first, “Beam Us Home,” about a Star Trek fan who finds a way capture the true spirit of his favorite show.

In fact, my only critique of Tiptree’s Ace collections is the atrocious copy editing. If you’re looking for the definitive versions of her early stories, the later hardcover collections are probably the ones you want.

Here’s the TOC for Ten Thousand Light-Years From Home.

The book sold well enough to have a 1977 UK edition from Panther, and a 1978 Ace edition with a new cover by Patrick Woodroffe, which you can see above. Here’s Chris Foss’ original cover, for the 1973 edition. 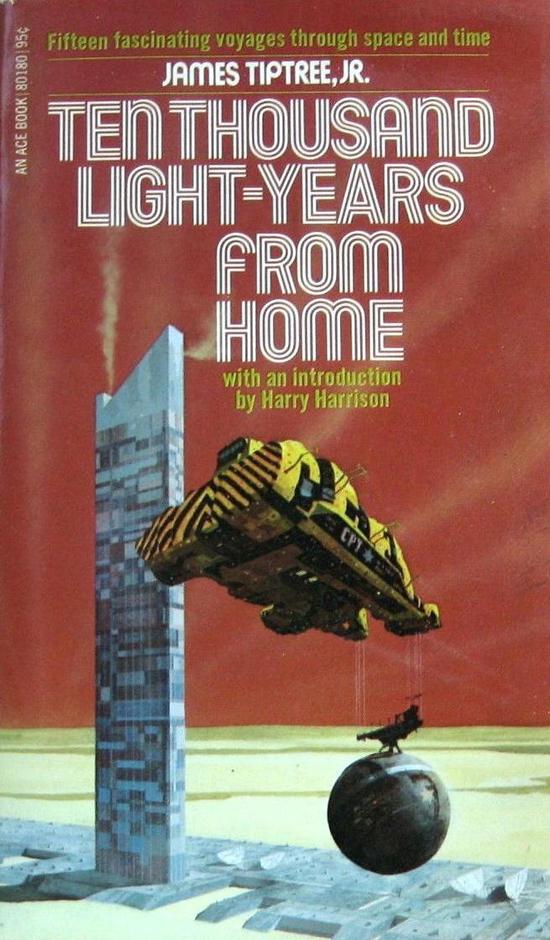 Ten Thousand Light-Years From Home is not a rare book. It sold well in multiple editions, and you can usually find 3-4 copies on eBay priced under $10. It’s well worth a look.

Ten Thousand Light-Years From Home was published by Ace Books in June 1973, and reprinted by Ace in April 1978. The reprint edition is 374 pages, priced at $1.95, with a cover by Patrick Woodroffe.

“The Man Who Walked Home” is my favorite story in this collection, and is one of my favorite two or three Tiptree stories ever. It combines an ingeniously worked out “hard sf” idea with a truly tragic human element.

All these years later, there’s still no one like her.

10,000 Light Years from Home is a great collection, despite the horrid Ace presentation in the original edition. Tiptree was simply incredible. The first three stories (two of them little known, the other an all-time classic), and “Forever to a Hudson Bay Blanket” and “Beam us Home” are probably my favorites, but, jeez, the whole book is astonishing.

And fresh. So damn NEW!

I quite like that Patrick Woodroffe cover. Have always admired his style.

> “The Man Who Walked Home” is my favorite story in this collection, and is one of my favorite two or three Tiptree stories ever.
> It combines an ingeniously worked out “hard sf” idea with a truly tragic human element.

I’m wondering now if I read this entire collection… or even most of it. The various story summaries I’ve read in response to this post on Facebook aren’t ringing any bells.

> …the whole book is astonishing.
> And fresh. So damn NEW!

It seems a little strange to use that accolade on a collection that came out 45 years ago… but I know exactly what you mean.

> I quite like that Patrick Woodroffe cover. Have always admired his style.

I never would have pegged that cover as Patrick Woodroffe, to be honest. I associate Woodroffe with the bizarre landscapes of his Avon A. Merrit paperbacks, and his gorgeous covers for Vance and others. Interesting to see his take on a starship! 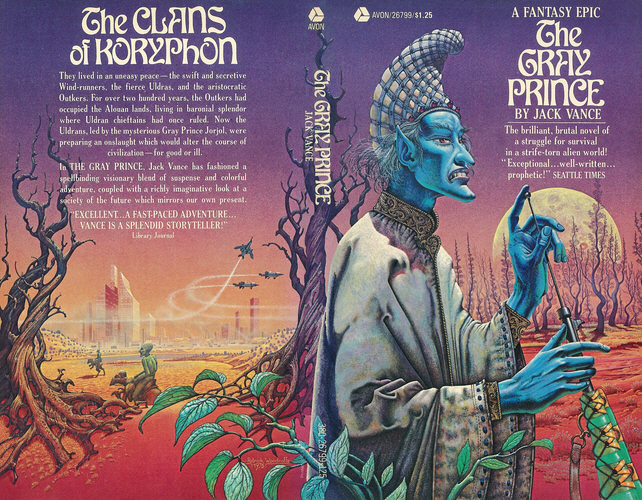 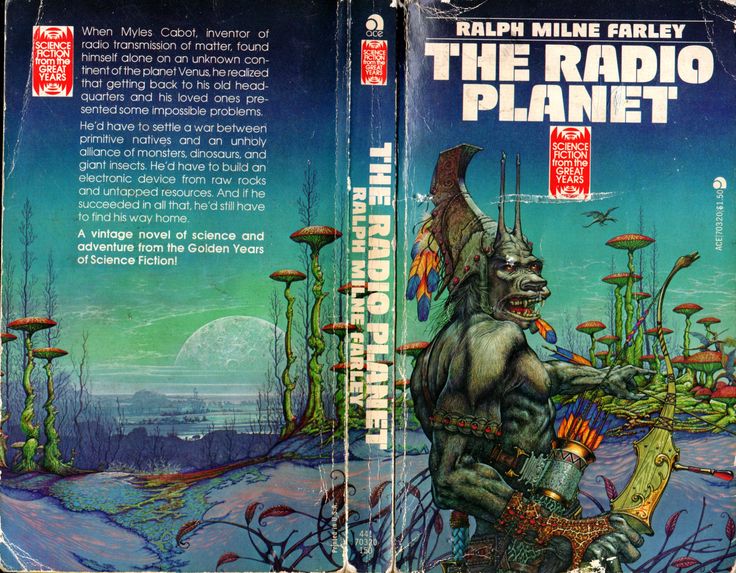