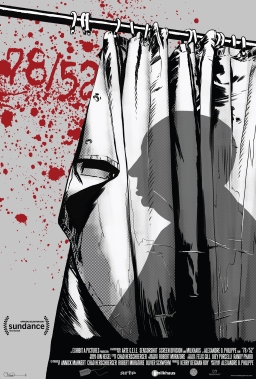 On Wednesday, July 26, I watched three movies at the Fantasia Film Festival. The first, which I’ll write about here, was a documentary about film itself. Or, more precisely, a single movie. Or, even more precisely, a single scene of a single movie. Directed by Alexandre Philippe, 78/52 is a 91-minute film that takes an in-depth look at one of the most famous sequences in cinematic history: the shower scene in Hitchcock’s Psycho.

Opening with a quote from Edgar Allan Poe — “The death of a beautiful woman is unquestionably the most poetical topic in the world” — the movie examines the scene from all angles. We hear about its place in film history, in the context of 1960, in Hitchcock’s career. We hear about its structural significance in Psycho, about its symbolic significance. We learn about the technical processes by which the scene was put together, its edits and sound cues and of course the soundtrack music. We hear an analysis of the acting. And we learn about the reaction of the first audiences to what was one of the most startling moments in film history.

The conceit of the black-and-white film is that we see interviewees in different greenscreen-composited rooms of the Bates Motel discussing different aspects of the scene. I didn’t find that really worked — the lack of interaction between the rooms and interview subjects means there’s no sense of connected space between them — but the material’s strong enough to make up for it. 78/52 presents an in-depth analysis of its subject without being dry or pedantic. Without making too many overstated claims, it effectively establishes the importance of the shower scene. Different perspectives bring out the subtexts at work. The complexity of the scene’s established, and also a sense of mystery, a sense that it has a kind of depth that can’t really be explicated however much it’s talked about.

You can see why the scene had such an impact. It’s unexpected: Psycho starts off looking like it’s about a bank robbery, only to take one of the most shocking plot twists in cinematic history. Hitchcock took seven days to shoot the scene, a quarter of the entire time it took to film the whole movie. He claimed to be surprised at the reaction to the film: “I was horrified to find some people took it seriously,” he said, and described the movie as a prank. Certainly Psycho, an adaptation of a Robert Bloch novel (78/52 gives us a reading of Bloch’s original scene), was a cheaper, quicker, and less prestigious film than Hitchcock’s previous movie, North By Northwest, shot in black-and-white instead of colour and boasting less star power. Originally, in fact, it was intended as an episode of Hitchcock’s anthology TV show. And yet, here we are. 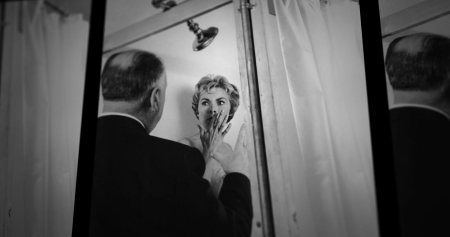 78/52 lays all this out, and guides us through the historical context. Coming in 1960, it’s hard not to see the scene as prefiguring changes in North American society; hard not to see it as changing the rules of what could be said and shown on screen. If Hitchcock was becoming an avuncular Walt Disney–like (though creepier) figure thanks to his TV show, Psycho was a reaction against that. One reading discussed here is the film as an act of aggression against the critics, against fans, against people becoming comfortable with Hitchcock. As 78/52 points out, one of the subtexts of the scene is an invasion of privacy. The killer attacks when Janet Leigh’s character is at her most vulnerable, in a place that is perhaps the most personal space any of us inhabit during the typical day. Nowhere is safe.

Of course, there’s also a strong misogynistic aspect to the scene, not so much a subtext as what is clearly visible: a woman’s body under attack from a looming faceless man with a phallic knife. Karyn Kusama provides some useful reflections on this topic, pointing out that this was the first time one saw this kind of assault in a general-release American movie. How many other, lesser, movies with slasher villains and/or shower scenes were inspired by these seconds of film? Again, one looks back to Hitchcock and his personal demons, to the misogyny that extended beyond the movies he made to the way he treated the actresses he collaborated with. One might wonder how much an experience of vicarious misogyny played into the stunned reaction to Psycho. 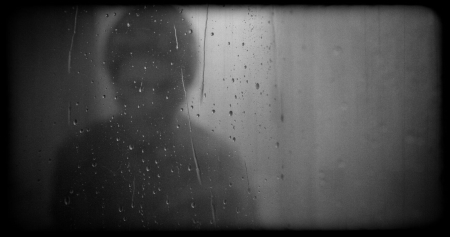 Certainly it’s striking to hear Peter Bogdanovich declare that after seeing the scene he felt as though he’d been raped. It’s as though it’s impossible to describe the scene as other than a carefully-staged act of violence. Hitchcock did not allow audiences into theatres once the movie had begun. You were embedded in the film from the beginning, following Leigh — and then you weren’t. Audiences shrieked all the way through the scene. It is perhaps possible to read the film as a support structure for the brutality of those moments, its edits almost a sensory replication of the violent dissection of a human body.

The title of the documentary comes from the number of different camera setups (78) and number of different cuts (52) in the sequence. Unsurprisingly, then, there’s due attention to the actual process of making it. Most fascinating, there’s an interview with Marli Renfro, Janet Leigh’s body double for the scene. The creation of the sound effects of the scene is described in detail, as is the way the different edits create the illusion of more violence than is actually shown. Most intriguing, I found, was the way 78/52 shows how Psycho subtly foreshadows the scene, having glimpses of the bathroom in the background of earlier shots, or showing Leigh’s face through a car windshield with wipers slashing across the glass. 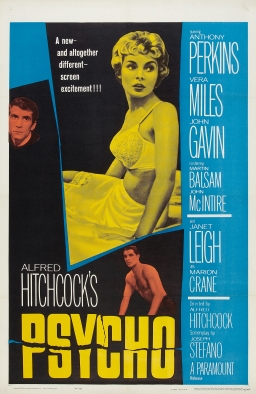 There’s a lot to discuss in the scene and the film, and 78/52 does that, suggesting some fascinating readings. How Hitchcock’s Catholic upbringing affects his outlook on sin and punishment, of course. Related to that, the use of voyeurism as a theme in the film; Norman Bates obscures a peephole with a painting of “Susanna and the Elders,” a Biblical scene of men spying on a young woman. On the other hand, the film argues that motherhood in Psycho subverts the 1950s iconography of mothers just as its violence and cinematic form hints at the social changes coming in the next decade. And there’s an interesting argument that it’s a film shaped by the west without being a western — motels like the Bates Motel are a feature of the terrain of the western United States, while the landscape through which Leigh’s character drives is a barren setting that emphasises the loneliness of the motel.

78/52 is quick, intelligent, and engaging. It makes a strong case for the importance of its subject, and explains that subject very well. Interviews are well-chosen, and the ideas the film puts forward are striking. If you have any interest in Hitchcock, Psycho, the 1960s, or film, it’s worth watching.

After the movie, producer Kerry Deignan Roy came out to take questions. Asked about the variety of people interviewed in the film, she said that director Alexandre Philippe wanted to talk to the old guard and icons about the film, but also to young filmmakers and people inspired by Psycho, as well as to incorporate women into the documentary. Asked why Gus van Zant, who directed a remake of the film (briefly referred to) wasn’t shown, Roy said that he was asked but kindly declined, saying that he didn’t think he could separate his thinking about the film from his own version.

Asked what the numbers in the title referred to, Roy clarified that there were 78 set-ups for the shower scene and 52 cuts. Asked about how the trailer for the film came together, she observed it’s difficult to do a trailer for a documentary that isn’t just talking heads; she used a passage talking about the sound effects in the film that showed a knife violently stabbing a melon. Asked whether the movie began from a desire to talk about one single scene of one film, she said the goal was always just to talk about the shower scene, and that it was a challenge to convince people it could be done. Philippe now wants to do a book about the scene, she said, as he made many happy discoveries in the course of making the documentary, and had to leave out a lot of material from his interviews.

Asked whether all the film clips in the documentary were cleared with respect to copyright, Roy said yes, either licensed or included under the fair use provision. Asked generally about the process of making the film, she recalled a three-year process — still ongoing, as she was in the process of working with distributors. She specifically recalled an interview with sound editor Walter Murch, going to San Francisco and staying in a roadside motel, and then meeting him and finding the scene meant so much to him he had four pages of notes. Asked about further projects, she said a number were in the works, but the 78/52 team is looking at doing a documentary similar to 78/52 about the chestburster scene from Alien.

That ended the questions. The day was off to a good start. Yet it only got better, and stranger, from there.