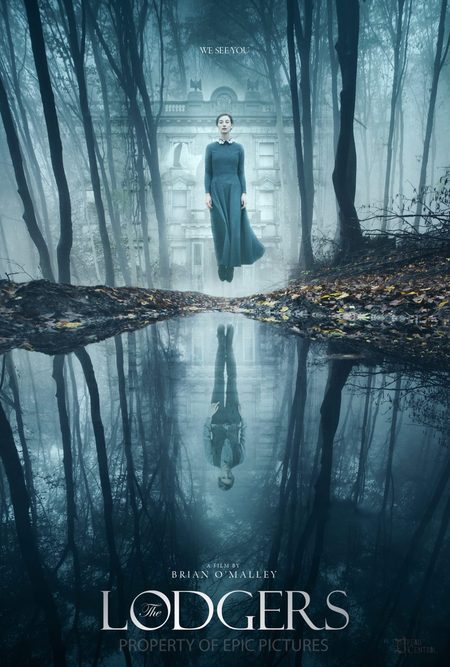 If you enjoy your scares draped in black velvet and crinolines, ala Guillermo del Toro’s period ghost story Crimson Peak (and I certainly do) then we’re both going to love a new film by Epic Pictures Group that debuted at the Toronto International Film Festival (TIFF) earlier this month. 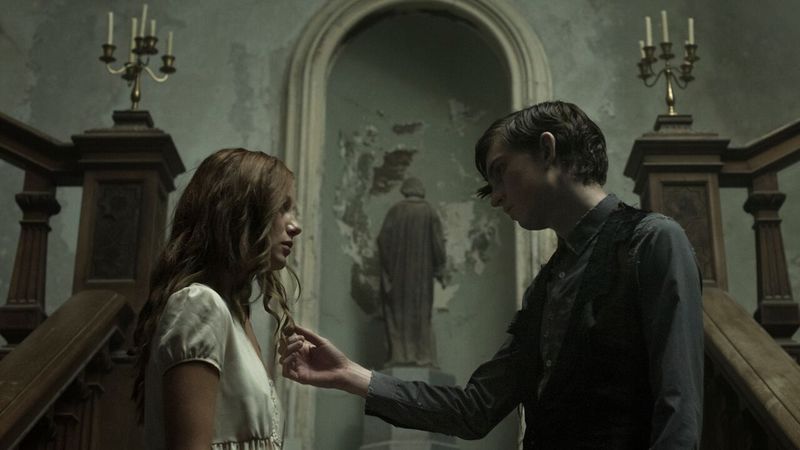 Here is the official synopsis for the story:

1920, rural Ireland. Anglo Irish twins Rachel and Edward share a strange existence in their crumbling family estate. Each night, the property becomes the domain of a sinister presence (The Lodgers) which enforces three rules upon the twins: they must be in bed by midnight; they may not permit an outsider past the threshold; if one attempts to escape, the life of the other is placed in jeopardy. When troubled war veteran Sean returns to the nearby village, he is immediately drawn to the mysterious Rachel, who in turn begins to break the rules set out by The Lodgers. The consequences pull Rachel into a deadly confrontation with her brother — and with the curse that haunts them.

The official trailer for the film was released to coincide with its premiere at TIFF on September 7th. In it, you can see the big, creepy mansion which is one of Ireland’s most haunted houses for real. Loftus Hall in Wexford, Ireland was built in 1350 during the time of the Black Death and it said to be occupied by the Devil himself. It has also been abandoned since the last owners closed it as a hotel in the early 1990’s.

In other words, major budget savings on set construction and dressing.

The Lodgers has no US release date at this time, since part of the payoff to premiering at TIFF is to secure worldwide distribution. Horns, starring Daniel Radcliffe premiered at TIFF in 2013 but it took a full year to make it to the states, so there’s no telling when we’ll get to experience The Lodgers in all its costumed drama. 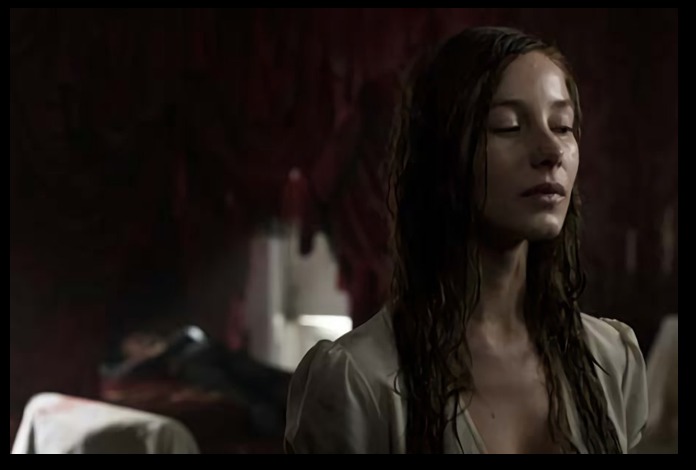 Until we do, Loftus Hall hosts a special event every Friday the 13th in honor of former residents who were also Templar Knights.

Loftus Hall has a pretty dramatic location – ie, halfway along treeless peninsula jutting out into the Irish Sea. Or at least, I always thought it was treeless!

Sounds good – we’ll see if it founders on the rock that sinks so many of theses boats – the complete inability of most contemporary actors (especially young ones) to be convincing as “period” characters. (Keanau Reeves in Dracula, anyone?)

Aon – Sounds like you may have first hand knowledge of Loftus Hall. Roadtrip…?

Yeah, I stayed in a hotel nearby a few years ago – both Hook Head and Loftus Hall are pretty famous in Ireland, although I never actually visited Loftus Hall: just saw it looming ominously in the distance!

Apropos of nothing except the possibility of a good horror movie, have you seen this preview?

If the film itself is half as eerie as the trailer then this may be a real treat.

Well dang JHock… I have not seen that but I’m looking into it now. Looks like you’re onto something…