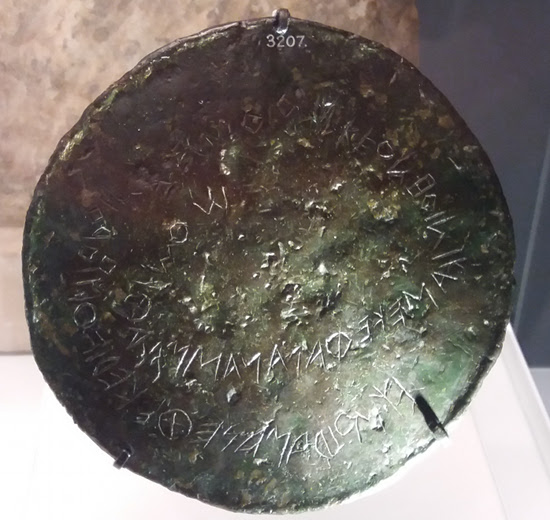 A discus offered to the gods. The inscription says it was thrown
by Exoidas, who won a contest in Kephalonia. He dedicated the
discus to the twin gods Kastor and Polydeukes, patrons of
athletes and athletic contests.

Agon loosely translates as “a public celebration of games or contest for the prize at games.” So as you might expect, much of the show is devoted to the Olympics and other regional games. There are sections on war too, as well as class and gender, stretching the concept of “competition” so far that it might be better to call this show Cool Old Greek Stuff We Rented from the British Museum.

Despite the rather loose theme, it’s still a fascinating collection, with a nice balance between spectacular works of art like marble statues of athletes, to humbler artifacts such as a set of knuckle bones. Caixa Forum is well worth visiting if you’re coming to Madrid. In any season they’re always hosting one or two good exhibitions. Last year they had an excellent show on medieval art. 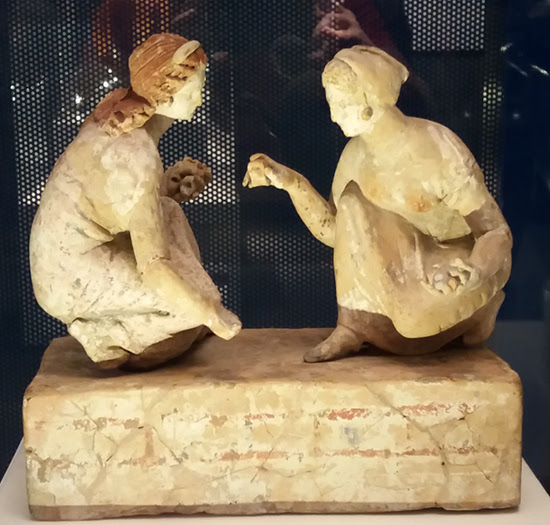 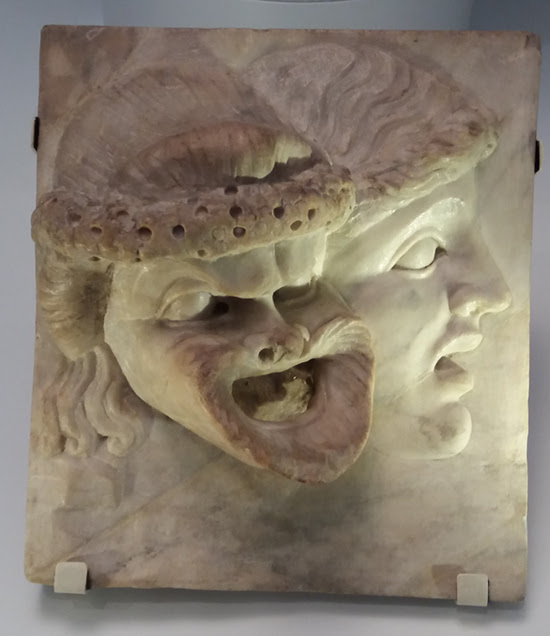 Marble relief of comic and tragic masks. The comic mask is
wreathed with giant fennel, a plant dedicated to Dionysos. 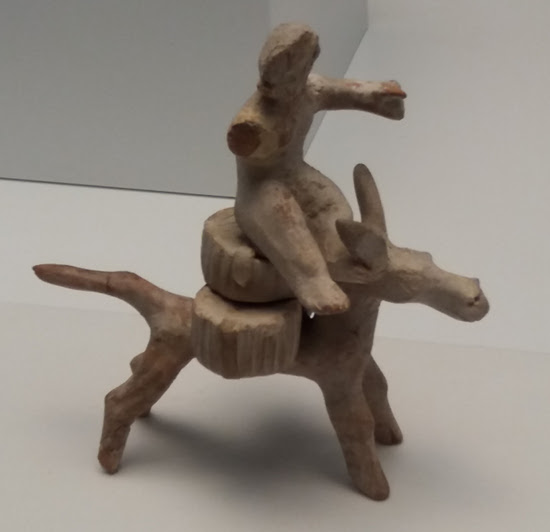 Terracotta figurine of a cheese merchant from Corinth,
c. 390-370 B.C. Goat’s cheese was a luxury item in
ancient Greece and generally only eaten by the wealthy. 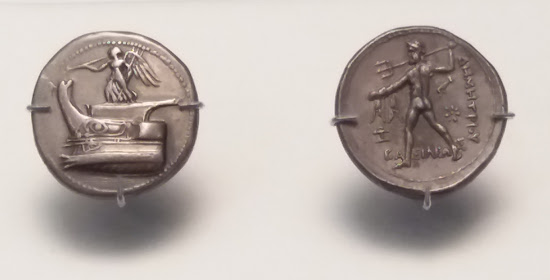 Silver coin minted in Amphipolis c.294-292 B.C. It celebrates
the victory of Demetrius Poliocetes at Salamis. The Macedonian
ruler defeated Ptolemy I of Egypt at the naval battle of Salamis
in 306 B.C. One side shows Nike on the prow of a warship and
the other shows Poseidon about to hurl his trident. 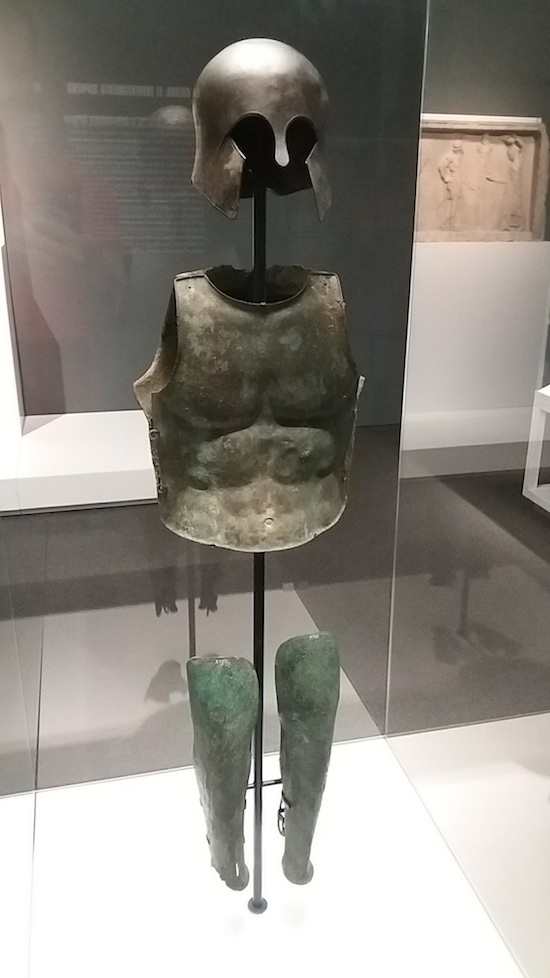 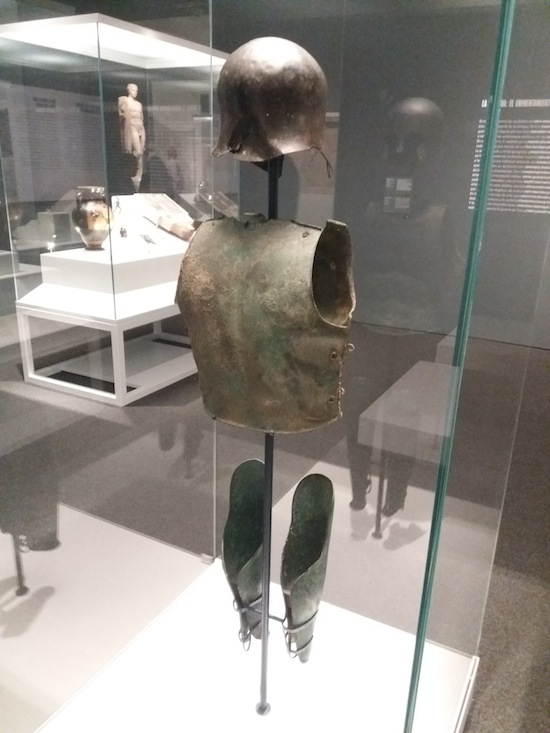