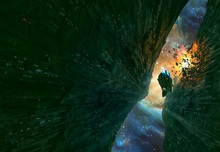 Those who know me, or who have read some of my previous posts on the subject, know that I’m a big fan of anthologies, particularly those featuring original stories. For my general remarks on the subject, you can look here. I’ve mentioned that the anthology is a wonderful thing for readers, who can encounter authors new to them, sample the work of people they’re not familiar with, and, in the case of the themed anthology, explore an idea that interests them.

The original anthology can also be a god-send for writers – in part because it’s an easy way for new readers to learn about us, and find out whether they like our style. But it’s also the all-important entry-level step for a lot of new and previously unpublished authors, particularly when the anthology, like the ones Zombies Need Brains publish, is recognized as a qualifying market by SFWA.

But even established writers benefit from anthologies. You get to explore an area or a theme that interests you, but that you don’t have a novel-length idea for. You get to write a short adventure for established characters – again, something cool that just isn’t novel-length. You can re-visit complex imaginary worlds, and sometimes, you can give new characters or worlds a test run before you run the larger version. 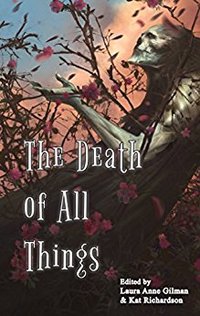 Don’t forget that Roger Zelazny, for one, used to write short stories about his characters to help him understand them better. Sometimes they found their way into the novel, sometimes they didn’t.

I’ve also mentioned before that traditional publishing doesn’t seem to produce many anthologies these days, and I think that has a lot to do with changing business models. Luckily for me, and for anthology fans like me, small presses like Zombies Need Brains (ZNB), are taking advantage of crowd-funding platforms like Kickstarter to provide anthology junkies with their fix.

ZNB is a small press founded by fellow fantasy and DAW author Joshua Palmatier.  Every year they run a Kickstarter to fund a set of themed anthologies and so far have managed to produce seven anthologies over the past four years.  You see the covers of some of these right here. The great thing about ZNB – from reader or writer pov as indicated above, is that they fill half of the anthologies with well-known SF&F writers, but the other half is open to anyone, with the open call for submissions running from the time the Kickstarter funds until the end of December.  So each anthology has New York Times bestselling authors alongside authors who’ve just made their first professional sale. 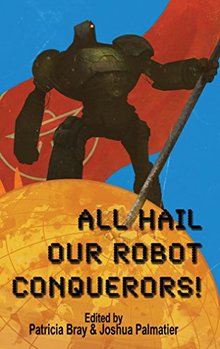 The best thing about this year’s offering is the three, totally different themes. The Razor’s Edge is a military SF&F anthology where the stories will explore that fine line between being a rebel and becoming an insurgent.  They hope to see some great SF and Fantasy, from their anchor authors, including Gerald Brandt, William C. Dietz, D.B. Jackson, Chris Kennedy, Kay Kenyon, Sharon Lee & Steve Miller, Seanan McGuire, L.E. Modesitt, Jr., and Steve Perry.  Meanwhile, In Guilds & Glaives, authors will be exploring their sword & sorcery sides, with a dash of guilds for flavor; anchor authors include David B. Coe, James Enge, David Farland, Esther Friesner, Howard Andrew Jones, Gini Koch, Violette Malan, and Seanan McGuire.  And lastly, there’s Second Round: A Return To The Urbar, which is a follow-up to a previously released anthology called Afterhours: Tales From The Urbar published by DAW Books.  Here, Gilgamesh bartends a time-traveling bar where history mixes with a touch of magic.  Anchor author include Jacey Bedford, Gini Koch, Juliet E. McKenna, C.E. Murphy, Kristine Smith, and Kari Sperring.

Yes, that’s right, you saw my name in there. If the project is a go, I’m going to be writing a new Dhulyn and Parno story for Guilds and Glaives.

If any (or all) of these themes intrigue you, the Kickstarter at  https://tinyurl.com/InsurgentUrbarr is up and running. You can help bring these three themes to life by backing our project!  You can find out further details about ZNB’s past projects and the small press at www.zombiesneedbrains.com.