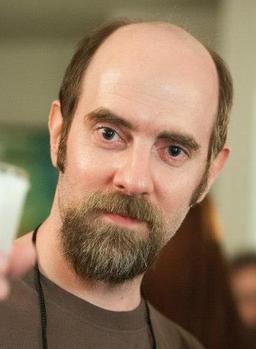 Beneath Ceaseless Skies is a five-time Hugo and seven-time World Fantasy Award-finalist online magazine of literary adventure fantasy. In nine years, BCS has published over 475 stories and 200 audio podcasts by authors such as Saladin Ahmed, Richard Parks, Marie Brennan, Yoon Ha Lee, Aliette de Bodard, Bradley P. Beaulieu, Seth Dickinson, and more.  Find their ebooks and Best of BCS anthologies on Amazon and WeightlessBooks.com, their podcasts on Google Play and iTunes, and stories, artwork, new issues, and more at beneath-ceaseless-skies.com.

For nearly a decade now, BCS has been showcasing the work of both new and established writers in the realms of fantasy with a literary bent. My first professional sale was to BCS, and the magazine has published several of my stories since then, including my most recent, “Deathspeaker,” in the August 3rd issue. Recently I approached BCS editor Scott Andrews with some questions about “literary adventure fantasy” and its appeal to readers of sword & sorcery.

Beneath Ceaseless Skies publishes “literary adventure fantasy.” It’s pretty clear what those first two words mean separately, but can you explain the juxtaposition? What does adventure fantasy lack when it’s not literary (or gain when it is)? What does literary fantasy miss when it lacks adventure?

“Literary adventure fantasy” is my tagline for literary fantasy set in other worlds. The literary element that’s for me the most enjoyable and rewarding is a focus on character. A lot of secondary-world fantasy feels to me focused on the setting or the plot, but I like it on the characters, for example using narrative approaches like close points-of-view or conflicts that are internal in addition to external.

What adventure fantasy gains for me when it’s literary like that is the human highs and lows, the emotional exhilaration and gut-punch, that great literary fiction has. I love the line from Faulkner’s Nobel Prize speech that the only thing worth writing about is the human heart in conflict with itself. That may sound like highbrow English-class stuff, but there’s an author in SF/F/H today who I’ve heard reference that Faulkner quote:  George R. R. Martin. His fantasy is the most popular in the world, and he’s constantly praised for his characters and how realistic and emotive they feel. His work absolutely has those human highs and lows, those profound comments on what it feels like to be a parent or a sibling or a hero or a failure or a survivor. That’s character-centered focus I love to read.

But I still want the adventure. What literary fantasy for me misses when it lacks adventure, or lacks the awe that I feel in otherworldly settings, is the fun and the wonder. There’s lots of great literary fantasy, from the slipstream movement in recent years back through magical realism and well earlier, that makes a profound comment on what it means to be human, but it’s not as engaging to me as something that also has the wonder or fun of going to another world; of exploring strange landscapes and interesting customs and fascinating history. I’m not reading for English class; I want that fun too.

For me, literary adventure fantasy strikes the perfect balance between profound yet still fun. A lot of science fiction seems to revel in ideas or technology, and it leaves the characters, the real people, in the background. Much mainstream fantasy seems to go for less awe or wonder, like settings that take our contemporary world and give it a twist or two but don’t transport the reader to an amazing different place.

The great thing I think literary adventure fantasy can do, that other types of spec-fic that aren’t so well-balanced between literary and fun can’t, is go mainstream; cross over to a mainstream audience. Game of Thrones is the perfect example:  based on a fantasy saga full of otherworldly wonder and fun plus unusually deep characterization, it has become the most popular TV show in the world by portraying the books’ balance of literary and adventure.

I know we both have backgrounds in science. The expectation would be that we would be writing and publishing in science fiction. Any thoughts as to why the genre of literary adventure fantasy tends to appeal to scientific types at least as much as (or perhaps more than) science fiction?

The part of science and being a scientist that pervades me is not the facts and calculations; it’s the mindset. Analysis, discovery, figuring things out; hypothesis, investigation, theory. I’ve had that mindset since I was a toddler, cutting open the beanbag to see what was inside; I still have it now as a lecturer, teaching the method over the facts; and I’ll have it when I’m a rickety old man in a computerized wheelchair trying to modify it to go faster.

That scientific mindset is how I approach fantasy worlds or invented histories or magic systems. They all have strictures or boundaries, like science does. The facts are made-up, but everything has to stay within the system’s rules, in order to feel consistent or realistic for a human society (and to a human reader). For me, that’s where the scientific mindset comes in.

But when applying strictures like that to fantasy and fantasy worlds, for me there’s an extra freedom that science fiction doesn’t have. Science fiction authors and readers seem beholden to real science, or their perceptions of what is real science, but fantasy isn’t limited to real facts or natural laws or speculation that’s only grounded in scientific reality. Fantasy can stretch a real-world principle to a fantastical extent, or it can throw real-world out the window and show something unreal that is still logical, in its made-up facts. For me, there’s a lot more room in fantasy to build an interesting and wonderous otherworldly setting with that freedom to stretch and mold beyond what’s possible in our real world.  There’s a lot more opportunity for awe there.

“The Frost Valley” by Jorge Jacinto

Has the style or the remit of BCS changed over time? That is, do you think that the magazine has shaped the field (allowing authors to write with a specific market in mind, for instance) or have the sort of stories you’ve received altered the magazine from where it was or what you had envisioned when it began?

Both of those have happened — BCS has shaped the field, and the stories we’ve received have shaped BCS.

The existence of a magazine specializing in otherworldly literary fantasy has encouraged authors to write that type of fantasy — I know literary fantasy writers who grew up on D&D and are delighted to send BCS their stories that mixed those elements. I think it also bolstered authors who were writing that type of fantasy but didn’t think they could sell it at the short fiction length; encouraged them to submit to BCS and thereby become involved in the short fiction side of the field and its markets and readers rather than aiming straight for novels.

Several years into the magazine, I received a couple great stories that were character-centered and had vivid secondary-world settings, but the settings were more futuristic than I was publishing, with laser pistols and spaceships. But they were great stories and I wanted to publish them, so I started doing the biannual BCS Science-Fantasy Month. I loved science-fantasy as a kid. I read Dune alongside Lord of the Rings; it had the same fantastical awe and wonder, regardless of whether the technology was futuristic rather than pre-modern. Science-fantasy seemed to go out of favor after the 1970s space probes and SF becoming more constrained by discoveries in real-world science, but I still love that futuristic fantastical feel. BCS has since done two more science-fantasy months and will run a fourth one in February 2018.

“High Above the Savannah” by Martin Ende

There’s a huge corpus of writing available for free on the magazine’s site. Any guidance on where a new reader should start?

For Black Gate readers and fans of swords & sorcery, I recommend the BCS stories that lean less toward the literary end of our range and more toward the adventure end.

Richard Parks’s stories of Lord Yamada, a samurai who investigates ghosts and monsters in a feudal Japan setting with his friend Kenji the reprobate priest, are a great series of self-standing stories in the classic format of Conan or Fafhrd & the Grey Mouser, and they also slowly build Yamada’s character arc over the entire series and into the Lord Yamada novels Parks has written since. Chris Willrich, another fantasy author currently writing novels, originated his rogues duo of Gaunt & Bone, a poet and a thief, in a series of stories that includes “The Sword of Loving Kindness,” which appeared in BCS #1 nine years ago.

Rich Larson, a young author who is getting a lot of notice recently for his great science fiction and literary fantasy, has several stories in BCS, including two about a duo of rogues running a scam on a noble and trying to find a treasure map inside a prison.

Many authors have had stories in BCS that tied in with their fantasy novels. Saladin Ahmed, whose Arabian fantasy novel Throne of the Crescent Moon was a finalist for the Hugo Award, had the origin story of the novel’s two protagonists, “Where Virtue Lives,” in BCS. Erin Hoffman’s story “Stormchaser, Stormshaper” features a character from her trilogy The Chaos Knight. Bradley P. Beaulieu had a story in BCS, “From the Spices of Sanandira,” that inspired his novel Twelve Kings in Sharakhai and its ongoing series Song of Shattered Sands. Marie Brennan’s novella “Dancing the Warrior” was a prequel to her novels Warrior and Witch, and she has a new BCS story “The Şiret Mask” coming this fall, a thief caper, that may kick off a new novel series.

Anything that you haven’t yet seen on the site and are still looking for or hoping for in submitted stories?

I’m always looking for great Weird West stories. I also love great science-fantasy, fantastical but with a futuristic feel, even though we only publish that in those special Science-Fantasy Month issues.

We get sent swords & sorcery, but I would love to see more S&S that’s character-centered rather than the usual focus on the action, and that’s a more unique twist than the usual lone swordsman. I know that many writers love classic fantasy elements like castle knights or fantasy taverns; I see those often enough that unless it’s a very different new twist, it feels too similar to me, but I love seeing that rare utterly new twist on classic fantasy elements like those.

Stephen Case has published fiction at Beneath Ceaseless Skies, Orson Scott Card’s Intergalactic Medicine Show, and Daily Science Fiction. His reviews have appeared at Fiction Vortex and Strange Horizons, as well as his own blog, stephenreidcase.com. His last review for us was The Hilarity of the Strange: The Man Underneath: The Collected Short Fiction of R. A. Lafferty, Volume 3.