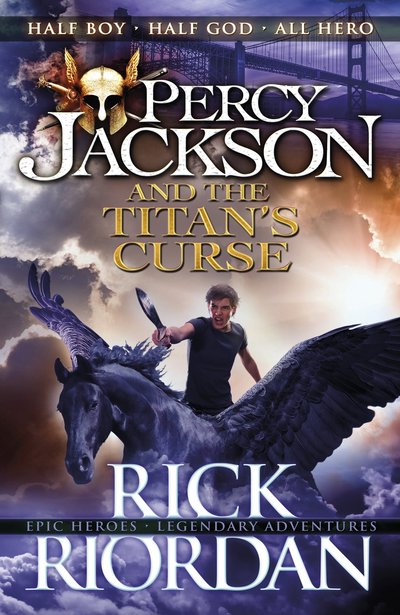 At one point, I wanted to encourage my son to read more. He owned a copy of Percy Jackson and the Lightning Thief, but he was disinclined to actually open it.

So, I got the audiobook, played the first two chapters, and then said we could listen to any chapter he had already read. And presto! He got through three of the first five books.

Listening to Rick Riordan’s first Percy Jackson series was fun enough for me as an adult too, a lot like watching a Pixar movie as a parent. There are some levels and ironies for me that my ten and eleven year old son didn’t get.

For those of you who haven’t tried the books, Percy Jackson, a dyslexic kid raised by a single mom, frequently in trouble at school, gets attacked by some harpies and a minotaur as he discovers that he’s actually a demi-god. Luckily there’s a whole summer camp full of demi-gods who are all trying to survive constantly being attacked by monsters, so he gets some friends. He soon is claimed by his dad, Poseidon, as other kids are sometimes claimed, and eventually gets a quest and an adventure.

There are five books in the first series (Percy Jackson and the Olympians), and five in the second (The Heroes of Olympus). 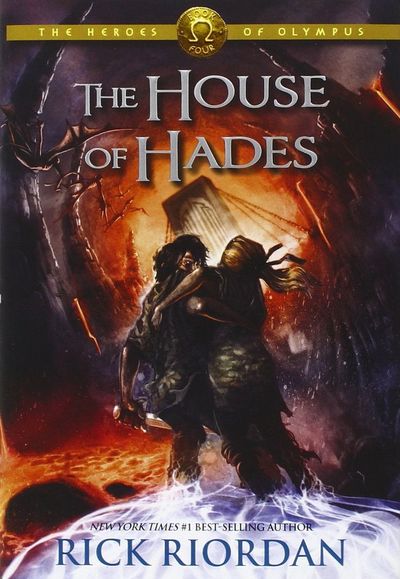 Eventually, I recommended it to a friend for his kids, who were complaining about their road-tripping. When my friend got back, he thanked me for the rec and said “It’s all about shitty parents.”

For some reason, I hadn’t clued into this as the theme. Perhaps I’d taken it as straight-on adventure. Maybe I hadn’t considered how lucky I am to have the parents and extended family I did. Then it occurred to me what a giant strategic advantage it was to Riordan to have linked crappy parents to the Greek myths.

Percy is of course pretty miffed at times about having Poseidon essentially be a dead-beat dad whom he doesn’t meet until he’s twelve and who really doesn’t meaningfully interact with him even after that. He has a crappy step-dad to boot, but he’s not the only one with parental issues. 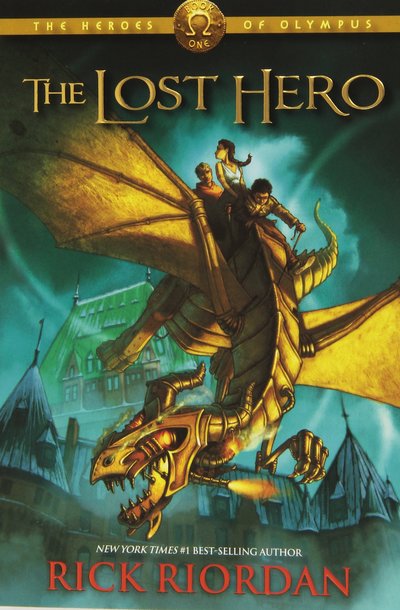 Annabeth was raised by her single father who eventually got married, but she and her step-mother didn’t get along. Eventually Annabeth, daughter of Athena, also had to go on the run.

Annabeth survived only because she met Luke, the son of Hermes. Luke had only seen Hermes a couple of times, before Hermes abandoned him to the care of his single mom who is also unstable and crazy. Mommy issues and daddy issues.

Clarisse, the daughter of Ares, never measures up to her dad’s approval, but inherits his anger and general problems in getting along with anyone. 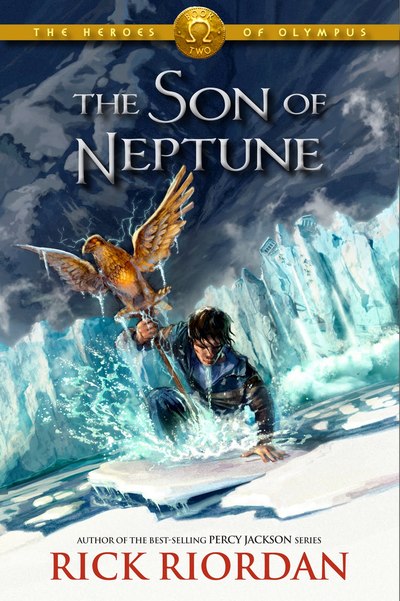 Even the gods themselves have their parental issues.

Zeus’ brothers were all eaten by their father Cronos (talk about abusive!), and Zeus only survived by being hidden like Luke Skywalker and then coming back and beating his dad with lightsabers (or sickles – I can’t remember). Zeus was never faithful to Hera (nor were any of the other gods to their spouses), but they had two kids: Ares the god of war, and Haephestus, who was so ugly, he was thrown down a mountain and maimed. Nice one, parents…

Cronos himself had parental issues, having had to overthrow his father Uranos to bring about the era of the Titans, and visited upon his family many of the same abuses and excesses that he experienced.

These unclaimed demigod children have a lot of character and narrative drive and a lot of obstacles to overcome because of how crappy their parents were. So in that sense, Riordan gave himself lots of grist for the mill, but also made the books especially attractive to any kid with crummy parents. But at the same time, this is a fascinating read for those who like fantasy and myth, because I’m always looked at Greek myth in political terms, and never purely through the eyes of a teacher or a social worker. It’s an entirely new and fascinating lens for me.

If you have kids 8-14 years old, and you have a long road trip (or even a regular long commute), do yourself a favor and get The Lightning Thief out of the library in audio. Or just read it to your kid in bed in book form.

Derek Künsken writes science fiction and fantasy in Gatineau, Québec and is road-tripping right now with his son, although now they’re listening to Asimov’s Robot Series. Derek tweets from @derekkunsken.

I tried reading The Lightning Thief a few years back and really did not like it. And I don’t have any intention of giving it another shot.

I was recently re-watching the 80s horror movie Poltergeist with my wife who had never seen it before. I’ve probably seen that movie a dozen times. Afterword she commented on something that I had never noticed. She said the parents in the movie were some of the worst parents she’d ever seen and she backed up her claim with several scenes throughout the movie.

I just bring it up here because even though I’d seen the movie many times, I had never noticed the bad parenting before. I wonder how often this is a theme in fiction?

[…] (20) A BOY CALLED PERCY. At Black Gate, Derek Kunsken tells when he learned the true theme of a famous YA series: “Crappy Parents All Around: A Look At Rick Riordan’s Percy Jackson Series” […]

I’m pretty sure Roy Neary (in Close Encounters) isn’t going to be winning any Dad of the Year awards, although he’s somewhat balanced by Jillian Guiler (the mother of Barry, the little boy who’s abducted early in the movie).

SFTheory: Yeah – I wouldn’t have read it unless it was a father-son activity, much like the Pixar movies – lol

James: Probably more than we think? I still have to watch Poltergeist…

Joe H.: I also have to watch Close Encounters…