Back in October I reported on the travesty that Universal Studios was perpetuating on its own iconic catalog of classic movie monster films. Though I was sincerely hoping the early rumors were not true, it has recently been confirmed that Universal is indeed committing this violent crime which they are entitling their “Dark Universe,” the umbrella under which it is planning at least five films including The Invisible Man (with Johnny Depp), Dr. Jekyll (Russell Crowe), Frankenstein’s Monster (Javier Bardem) and Bride of Frankenstein (not yet cast but Angelina Jolie is rumored).

So what’s the problem you ask?

These films have already been remade multiple times, you say. 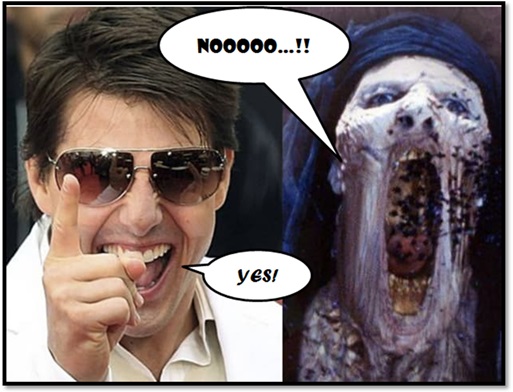 My problem can be illustrated by a reference to A Series of Unfortunate Events. Ironically enough, it was a review of the first three books in this series that marked my first article for Black Gate. I went on to be an avid collector of this “children’s” series and even hung around for nearly four hours once in order to shake the hand of author “Lemmony Snicket” (aka Dan Handler). So no tweeny was more excited than me to attend a screening of the movie version which encompassed those same first three books. At the time I was only mildly concerned that the main adult character, Count Olaf, would be played by Jim Carey.

What should have been the story of the resilience and cunning of three orphan children, turned into a vehicle for Carey, whose over-the-top portrayal of what was, in the books, a significant but supporting character, overpowered and utterly hijacked the entire story – and not in a good way.

The movie A Series of Unfortunate Events (2004) ultimately just broke even, in spite of the worldwide fandom enjoyed by the books; effectively scuttling the planned follow-on films.

Which bring us back to my vehement opposition to this whole “Dark Universe” concept. Assuming the stories themselves aren’t utterly ruined by being dragged into a 21st century settings, each one is being set up as a vehicle for the corresponding actor in the lead role; and on that front Universal is making no small plans.

Sources at The Hollywood Reporter say The Mummy cost about $125 million after a considerable rebate from the U.K. for filming there, and Cruise is said to have earned $13 million upfront with sizable backend participation. The studio wants Angelina Jolie for its Bill Condon-helmed Bride of Frankenstein, the next film in the franchise, and she won’t come cheap (for a similar effort, Disney’s live-action Maleficent, the actress received $20 million plus profit participation). There are also rumors that Dwayne Johnson could resurface in a Wolfman reboot (he starred in the 2002 Mummy spinoff The Scorpion King) and he just topped Forbes’ highest-paid-actor list. 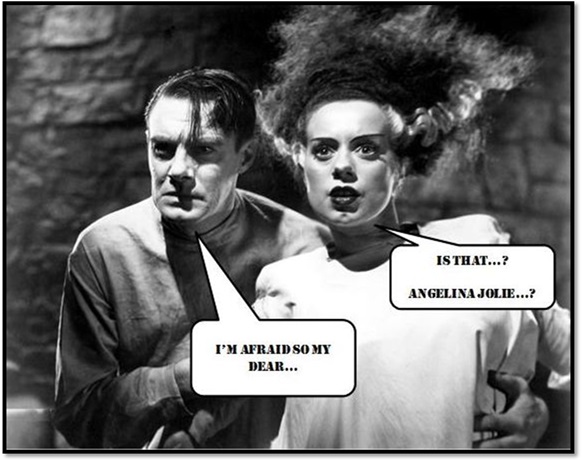 So what we have here is a roll call of very expensive, A-list actors brought in to headline iconic films which not only do not need them, but who will ensure the actors are the focus of the story as opposed to the studio paying homage to the stories themselves – which by the way, essentially put Universal Studios on the map. Also, as Universal well knows, their classic monster films were never about big-budgets but about big stories shot atmospherically. The 1932 budget for the original Mummy was less than $200k at a time when MGM was laying down an average of $1.5M for films such as Ben Hur and Mutiny on the Bounty.

Though I personally find Tom Cruise an annoying little ego-maniac with a Napoleon complex, his casting as lead in The Mummy was meant to ensure the film would make enough money to move forward Universal’s plans for the other films. Cruise’s most recent box office successes have focused on his Mission Impossible franchise as well as the Jack Reacher films. If you’ve taken a gander at the trailer for The Mummy, it certainly seems like they’ve inserted a female mummy into a Jack Reacher film which I suppose was meant to ensure box office gold. 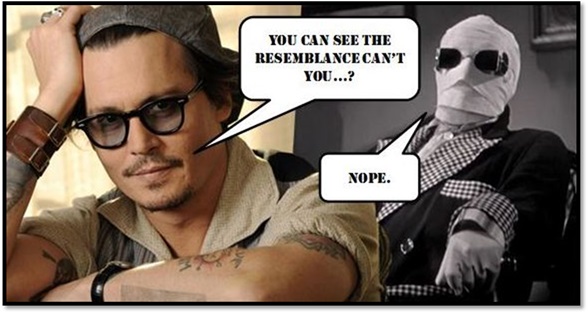 The only small ray of hope appears to be that according to the Hollywood Reporter, Universal has hinged the future of the “Dark Universe” on the box office performance of The Mummy and the execs are worried. Early tracking suggests the film may debut in the low $40 million range in North America, plus a strong overseas haul (for comparison, Wonder Woman opened at $100.5 million in North America and an additional $122.5 million internationally). At this point, the film is expected to do the majority of its business abroad, where Cruise continues to be a major draw. The Mummy will open simultaneously on Friday in more than 60 markets, including China. Considering Universal hoped their “Dark Universe” would be right up there with the DC and Marvel franchises, this is just a tad disappointing and may ultimately put the brakes on or at least make them rethink their approach to the rest of the films.

We can only keep our fingers crossed.

Just to be clear, I’m not against revisiting Universal’s monsters; on the contrary, I am always interested in seeing new visions of the original stories. Though I didn’t like the sequels, The Mummy (1999) with Brendan Frasier and Rachel Weiss as a ton of fun without being special-effected to within an inch of its life, and still remaining true to its source material.

Sean Daniel, who produced this latest version of The Mummy, is quoted as saying: 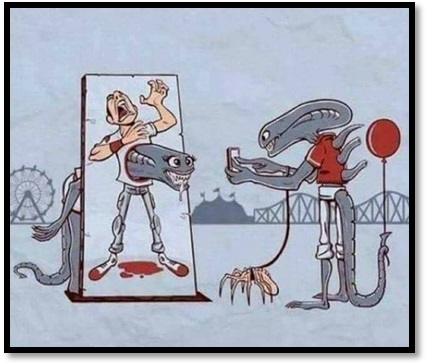 The Black Gate audience surely has an opinion on this one. Let us know what you think and jump into the debate by posting a comment or dropping a note to sue@blackgate.com.

Goth Chick News will be on holiday for the next two weeks.

You are so right.

Have been waiting for someone to make a comparison to 1980’s The Awakening with Stephanie Zimbalist (who I adored as Laura Holt in Remington Steele) as another female Mummy with no surprise as it was frankly rather dull. You hit the nail on the head with the actor being central rather then the monster. Also was originally hoping for Imhotep or even Kharis in all their reimagined glory. My other hope for the universe if the Creature from the Black Lagoon or Larry Talbot as the Wolf Man searching fruitlessly for his cure. My real thoughts on the Universal universe is one of nostalgia for a fading audience that has been diluted with video games and CGI and ‘bigger’ franchises. In this day ad age the original Universal Monsters are almost a relic of the past nodded over as a quaint antique much like the pulp magazines (I wait and wait for another Shadow movie wit little hope the rumored Doc Savage film but hoping to be proven wrong.) I’m actually surprised Hollywood decided to take a chance on this other then the usual copy what seems to be working. Just saying.

Well, I’ve been ranting for years here on the “Chew n’ Spew” going on. And I argue that we should all push against it.

Beyond any issues with the destruction of the story, beyond by disgust with “Political Correctness” my argument is thus;

“Why should they hire any writers – or risk money on new properties that a writer might have a hand in – when they can just chew up and regurgitate the same stories every few years?”

Beyond camp humor I can’t really imagine any good. Like to explain Angelina Jolie’s tattoos for Bride of Frankenstein… – “Herr Doktor – why did you do all those horrible doodles on the bride’s skin?” – Dr. F… “Ich bin Mad Scientist… Vos doodlink… Too much ink mixed int der Tattoo gun meant to mark where to stitch… Go fetch Brain, Igor, I sense we vill need more here…!”

—BTW – Universal Studios can use that joke – 1 pfenning and name in the credits somewhere… I’ll gladly buy the Blu-Ray myself – 6 month after release date I’ll get an unopened copy for .01c + 3.99 shipping from Amazon and will gladly support the studio in thanks by buying it – I’d only ‘steal’ (illegal download) if I went clinically insane 99% of the stuff out there…and can easily buy the rest – supporting what I actually like.

However, we should actively work against this sort of thing. Not protests or whatever, but through fans, through media outlets, through stories pointing out there will be no “Ghostbusters” no “Gremlins” for this decade because they spend the money feeding off nostalgia. There should be a “Generational” flavor – you had Alice in Wonderland, your kids had Grease, we had Gremlins and Goonies…etc.

Studios need to risk money to make good movies. Therefore they need to spend money on good writers and overall good actors – not high special effects and big names of actors on the top doing a slow slide to oblivion. And some will flop but they’ll make up the money later – even notorious box office failures, Waterworld, UHF, etc. made up their money by far in the long run.

To a point, I can like “Camp”… Style over substance can be an art in itself – if done right. I actually liked “Van Helsing” though I was thinking “If I had that kind of money/resources to make a gothic action movie…” but I flew into a rage seeing the “Solomon Kane” movie – turning one of REH’s best characters into a pointless ‘origin’ story. I’m still pretty mad but I could thank them in part for inspiring a storyline and character I’m writing.

For good “Camp” I suggest a trip to ebay and buy 70s “Creepy”, various obscure “Monster” magazines. Don’t feed the “Collector’s edition” scalper – look for the cheap ‘reading copy’. Lots of it is bleah, but some of it is pretty funny. IMO Universal should look these up, call up the writers, Nicola Cuti is still alive and kickin btw – and make movies based on these if they want “MonsterPUNK”, “CultureCampPUNK”… (heh, using a horrible neologism I hate – but hey, that’s the point) I’d love to see them use cheap CGI sci-fi effects and a hot full bodied lady with some ‘enhancement’ surgery to make “Moonie” which would be Barbarella but not Barbarella.

These have been some of the most interesting comments ever posted here. It is clear we are of one mind on this topic.

Went to see The Mummy with John O (aka The Big Cheese). His exit statement was, “that wasn’t as awful as it could have been,” to which I heaved a huge sigh. I then went home to wash down four aspirin with an adult beverage.

We were right about this one…we were all horribly, undeniably right…