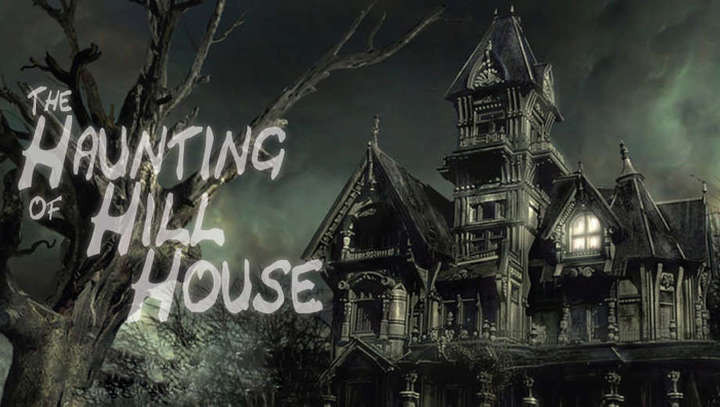 I discovered Shirley Jackson’s The Haunting of Hill House, considered one of the best ghost stories of the 20th century, in fourth grade. Not because it was on the approved reading list for nine-year-olds – on the contrary, I didn’t run into it academically until high school – but because I came across it during a summer reading program at my public library. Thankfully, librarians then were far less politically correct than they apparently are today, and they didn’t discourage browsing of selections that were not strictly “age appropriate.”

Since I fell in love with all things Shirley, I discovered Hill House had two theatrical adaptations, both call The Haunting; one in 1963 by Robert Wise, and one in 1999 (my guilty pleasure) directed by Jan de Bont and starring Liam Neeson, Owen Wilson, Cathrine Zeta-Jones, and The Conjuring‘s Lili Taylor. Both telling the tale of a group of people spending a summer in a mansion rich in haunted history and tales of the paranormal, who soon realize the stories are not just old wives tales as they begin to experience the supernatural and malevolent phenomena for themselves. 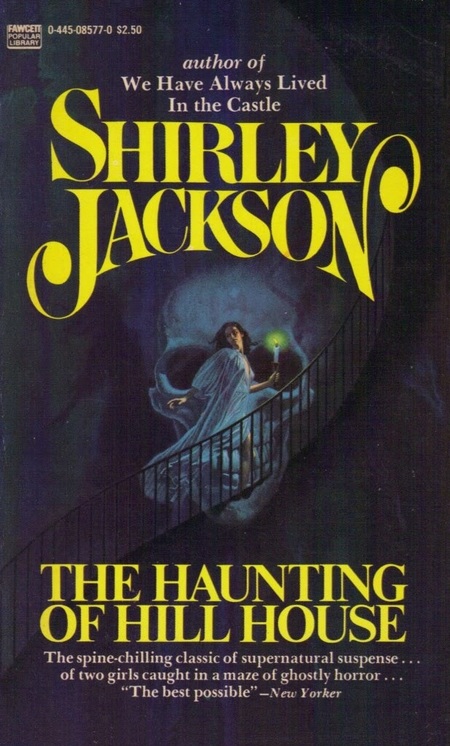 So because Hill House looms so large in my Goth Chick history, I am especially thrilled to bring you the huge news that this week Netflix has ordered a 10-episode series based on The Haunting of Hill House, to be developed in association with Steven Spielberg’s Amblin TV, Paramount TV, and modern-day master-of-horror filmmaker Mike Flanagan.

Netflix has already proven they know how to scare us with the likes of Hemlock Grove (the BEST werewolf transformation I have ever seen), Black Mirror and Stranger Things. Now Deadline reports that Amblin’s Darryl Frank and Justin Falvey who are set to executive produce, obtained the rights from Paramount and pitched the series to Netflix who has green-lit the upcoming horror series for production. Flanagan (Hush, Ouija: Origin of Evil, Oculus) along with long-time partner Trevor Macy are tapped as executive producers with Flanagan also wearing the writer and director hat.

This wouldn’t be the first roll in the hay for Netflix and the genre duo, as Flanagan and Macy are currently working on a series adaptation of Stephen King’s Gerald’s Game for the popular streaming site, which will premiere sometime later this year.

All this points to 2017 shaping up as a banner year for “classic” horror. Last week I told you about the new theatrical adaptation of IT whose production budget is $30 million, putting it on par with movies released in the late 90’s. The 1999 version of Hill House had what was considered an insane $80 million budget due to special effects. But my cyberstalking indicates Netflix will spend an average of $4 million per episode for the new Hill House, meaning its total production costs could be around $40 million.

And that adds up to two examples of a horror-movie-focus-shift toward psychological scares rather than the tanker-truck-load-of-fake-blood-and-copious-CGI scares – which in my humble opinion is a reason to rejoice.

Netflix has not yet whispered a release date for The Haunting of Hill House so while we wait, let us glory ad nauseam in speculation of Netflix’s other rather low-budget-but-awesome thriller – the upcoming season 2 of Stranger Things, due out in October.

Have a question, comment or rave about the Netflix approach to scaring the snot out of us? Post it here or drop a line to sue@blackgate.com.

Thanks for the heads up. Netflix has been turning out a lot of good stuff lately. I’m enjoying Stranger Things and the superhero series. Who doesn’t perk up when they hear “haunted house”?

I saw the first version of this classic story when I was 15: it was the ABC Sunday Night Movie of the Week (if memory serves), a couple of years after its initial release. I was alone at home, the lights were out, and I was scared to death for 2 solid hours. The ONLY special effect in this atmospheric, psychologically chilling masterpiece was a massive, inches-thick wooden door, which seemed to bend forward and back as if it were made of very pliable rubber. I’m certain the black-and-white treatment added to the overall. I’ll remember the experience the rest of my life. The 1999 update was disastrous, awful, a radical departure from Jackson’s novel (the earlier film was much more faithful), and a waste of my time. Pardon me, then, if a 10-episode version seems like overkill. True horror works best on the psyche (for me, anyway) in moderate doses — like a 2-hr. film that DOESN’T rely on buckets of gore to achieve its purpose. That being said, I hope the Netflix version is going to be worthwhile. I’ll wait for the reviews…

I have the same worry that smitty does – 10 episodes? That’s a lot of padding. Not everything benefits from the Hobbit treatment. (The Hobbit sure didn’t.)

In any case, it’ll have a ways to go to surpass the Robert Wise film; the wallpaper scene in that movie marked me for life.

Ok – a fair cop on the 10 episodes. The book is only 208 pages so we will clearly be getting a whole lot more “character building” content then was originally intended.

Smitty, I am definitely with you on the B&W, low tech skin-crawl of the original movie. In the history of every horror fan is a tale of late-night trauma inflicted by a cable access “movie of the week”, so consider Goth Chick News your official therapy group.

TPark – The “Hobbit Treatment”? I’m definitely going to use that one in the future, but I’ll give you full props.

Dearest Ape, you’ve been missed, but I can see that “Stranger Things” is the reason for your absence which is entirely understandable.

I’m pretty sure the 1999 remake was the movie that almost drove Liam Neeson from the acting profession (well, in conjunction with Phantom Menace).

I saw the 1999 film as a silent movie, which may have improved it. I was on a cross-country flight and declined the offer of a headset — I’m not in the core constituency for horror. Though I’d brought something to read, I kept finding my eyes drawn back to the tiny screen by Lily Taylor. I don’t know if she was the best part of that film in a version with sound, but she was definitely the best thing in my silent-movie version. I’ve caught a lot of movies that way over the years, but The Haunting is one of the very few I could actually name without prompting.

I love the 1999 version. The special effects are great, and are used well. I love what they do with the Gates of Hell. But I fully acknowledge Liam Neeson is the best thing about the film.

I’m interested to see how the story will be serialized. Focusing on the characters reasons for being in the house seems the most logical to me. So, I’m thinking less “The Hobbit” treatment, and more “Lost” treatment.

Maybe it’s a generational thing (although I HATE evaluating artistic work that way). I don’t need to see the screen bathed in blood or see severed limbs littering the landscape; I prefer my horror in moody and atmospheric build-ups, which the original b & w treatment does so well. The cast of the original worked exceedingly well, also, even though they didn’t have, perhaps, in ’63 the star power the ’99 version had. The jarringly dispassionate delivery of her lines, “In the night … in the dark…” by Rosalie Crutchley still sends shivers up my spine. I got nothing like that from the ’99 version.

I don’t see how anyone can “love” the 1999 version. It had one or two admirable creeps or scares—but that’s true of almost any scary movie. It did kill Owen Wilson though. You gotta give it props for that. 😉

The 1963 is still the classic though, and better represents the original book, which is highly creepy as well. “The Lottery” though is still Jackson’s best creepy work.

The Robert Wise version is almost all suggestion; the 1999 version (like most movies these days) is almost all assertion. I have no doubt about which one better represents Jackson.

If I’m remembering this correctly, I saw it after midnight when I was very young while watching maybe Sammie Terri. I shouldn’t have watched it so young, but I’ve not forgotten parts of it to this day. I’ll let folks guess what part stuck with me…