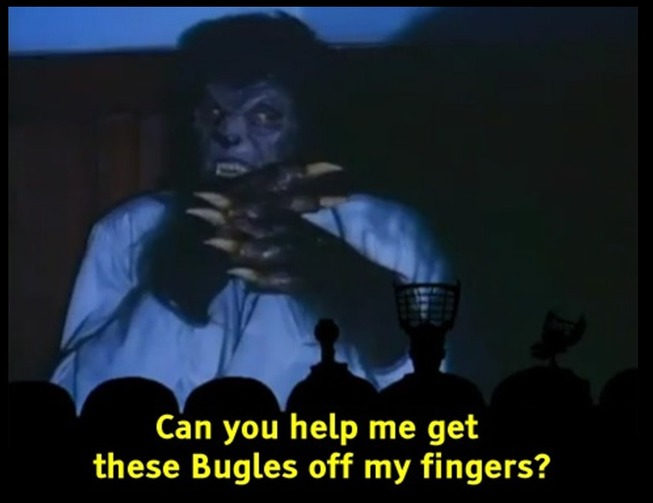 Though in my early Goth Girl days I was admittedly too enthralled with my beloved (and sometimes cheesy) horror movies to ever consider hacking on them, my teenaged years did find me gaining an appreciation for snarky commentary during movies.

So it will be no surprise to anyone that discovering Mystery Science Theater 3000 meant Joel, Servo, Crow and Gypsy became my early mentors, playing a big part in creating the sarcastic, mocking and malicious critic who sits before you and would ultimately find a safe haven in the page of Black Gate.

Years later I now own every episode of every season, in multiple formats. And I waited in a two-and-a-half-hour line to spend a total of 30 seconds saying “hi” to Joel Hodgson at a con – right behind a guy hauling around a life-sized “Crow” which I coveted to the point of violence.

So clearly, I’m not alone. 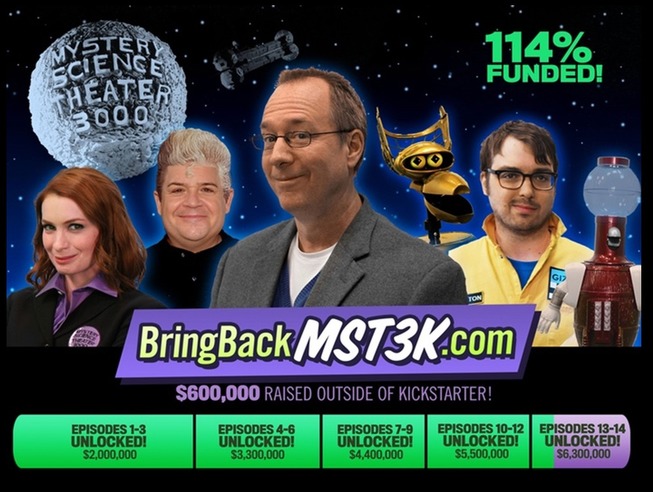 In 2015, Hodgson launched a Kickstarter campaign to revive the series with at least fourteen episodes in its first season. It took just days for the project to hit its $2M goal, resulting in the “squee heard across the universe.” The premier date of April 14th is closing in, and now would be the perfect time to reacquaint yourself with the original series, assuming that unlike me, you’re not hoarding boxes of MST3K VHS tapes and DVDs.

Just in time Netflix announced that 20 fan favorite episodes are available to stream as of Wednesday, March 15th.

While the official MST3K Youtube channel does offer full episodes (more and more all the time) they come infrequently and are fairly limited. They also stream live marathons like they did on Thanksgiving Day. Joel and the gang can also be found on a variety of other streaming services, but now it time for Netflix-ers to rejoice. 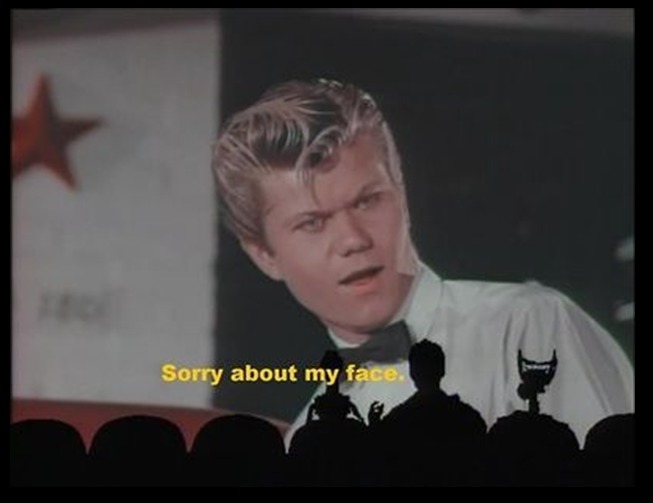 According to mst3k.com, this is the full list of fan favorites available to stream:

That’s a fair enough start for the uninitiated and a great list of old favorites for those who are counting the days until the new episodes come out.

Years ago the Planet Hollywood in Myrtle Beach, SC had a Crow from MST3K:The Movie on display. One of the pictures on my Facebook page is me standing next to that Crow.

AB, I seriously want one for my office with the intent to dress it up for each holiday. I know that’s weird but…

Nothing wrong with weird.

I am so chuffed about this (and I’m not even British — but there is no better word for how I feel than “chuffed”).

I almost backed that Kickstarter, but I just didn’t have the funds that year. So glad there were enough other fans of ye olde Satellite of Love to launch the robots and their human counterpart back into space for another go-around. And the launch is getting closer and closer… “In the not too distant future / Next Sunday A.D.”