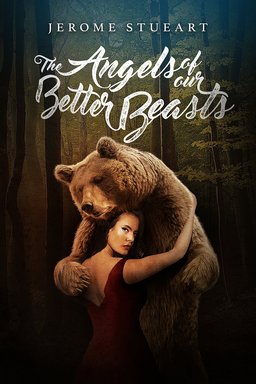 As part of my Short Fiction Spotlight for 2016, I discussed the collection Angels of Our Better Beasts by author Jerome Stueart – specifically his short story “Why the Poets Were Banned from the City,” which focuses on the emotional turmoil of a father who has lost his daughter, and blames the writers who have been exiled for the safety of everyone else in the big city. As I mentioned previously, it’s an emotionally charged story that balances a great premise with a realistic, human situation – which is arguably what every SF writer should strive for.

Stueart’s entire collection is like that: fabulous ideas and even more fabulous characters. I got my first taste of this at World Fantasy 2016, hearing Stueart read from “Lemmings in the Third Year,” where a scientist transported to a world of intelligent animals tries to teach the Scientific Method to a group of lemmings. It’s a hilarious story, as the lemmings have grown accustomed to one of their group being regularly eaten by a neighboring owl, and the scientist’s exasperation reminded me of some days in the classroom where people just aren’t getting it.

And while a lot of the stories in Better Beasts are funny – like “Bondsmen,” where the previous incarnations of 007 try to desperately help the current holder of their legacy – there are an equal number of poignant and heartfelt stories. “Brazos,” for example, focuses on a farmer negotiating for his daughter’s hand with a god, maintaining the tension throughout the entire story as this simple human throws down with an entity who could smite him with a single gesture.

And it’s illustrated by Stueart, to boot (which is just cool!). From the lemmings learning science, to the guy who turns into a bear at night and just wants to be loved, every story frames the idea of “beast” in a different way, in easily one of the best collections by a single author I have ever read.

For my next post, I’ll be sharing my interview with Jerome Stueart discussing his anthology and other projects. Keep an eye here on Black Gate in two weeks, and don’t hesitate to include any questions or comments below!

An Ottawa teacher by day, Brandon has been published in On Spec, Third Flatiron Anthologies, and most recently in The 2017 Young Explorer’s Adventure Guide. He is the Assistant Executive Director of Gaming for TEGG and a member of the programming team for Can*Con in Ottawa. Learn more at brandoncrilly.wordpress.com or on Twitter: @B_Crilly

Totally agree with this. This is a great book written by an original, empathetic author. Met Jerome at the World Fantasy Convention and was able to snag a few illustrations of some “Beasts.” Glad to see him get more press and will reloop for the interview.

I recently pinned him down on the topic of “Beauty in Weird Fiction,” which may tide some folks over.
http://www.selindberg.com/2017/02/jerome-stueart-interview-author-of.html

[…] A review of his collection, The Angels of Our Better Beasts, which contains one of his Clarion stories, can be found here.  […]